The Alicante Civil Guard, within the 'Columbidae' operation, is investigating six people for ten robberies and theft of forty competition pigeons in towns in Alicante and Valencia. 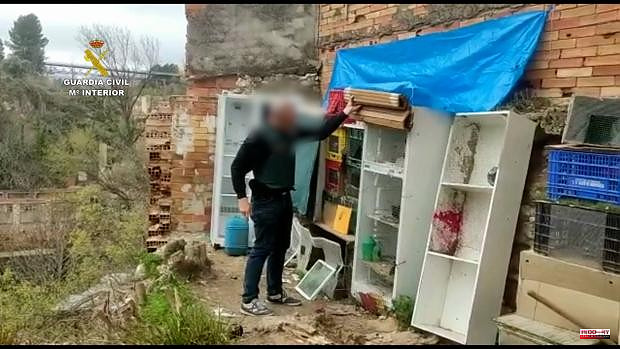 The Alicante Civil Guard, within the 'Columbidae' operation, is investigating six people for ten robberies and theft of forty competition pigeons in towns in Alicante and Valencia. Among those investigated there are two minors and the Juvenile Prosecutor's Office has been informed of another two as they are uncharged by age.

The agents have recovered several of the stolen birds, valued under a total of 50,000 euros, using the claim of a pigeon from one of the injured parties, as reported by the armed institute in a statement.

Specifically, the birds had been stolen in the Alicante towns of Ibi, Algueña, Gaianes, Sax, Petrer and Rojales, as well as in the Valencian town of Benissoda.

During the months of February and March, the Civil Guard was aware of an increase in crimes related to the theft of racing pigeons in various locations in the province of Alicante.

To clarify the facts and identify and arrest their perpetrators, the Roca de Ibi team began operation 'Columbidae'.

In a first phase of the operation, the agents, together with the collaboration of the inspection service of the Colombicultura Federation of the Valencian Community, carried out steps and found a clandestine dovecote that was hidden in a nearby ravine along the banks of the Serpis river. , in the town of Alcoi.

On April 11, the troops, after carrying out an inspection of the loft, recovered 38 competition birds that were caged and in deplorable health conditions. Due to these facts, two minors were investigated and two other minors were reported to be unaccountable to the Alicante Juvenile Prosecutor's Office.

Next, the investigators clarified four other robberies of pigeons that had suffered in the town of Sax in the month of March. After arduous investigations, the evidence led the agents to an illegally occupied country house that was in the town of Petrer. In said farm, the agents had the collaboration of one of the victims of the robberies, who used one of her pigeons as a lure to attract the rest of the flock that had been stolen.

After verifying that the recovered birds were those reported as stolen, they proceeded to investigate a Spanish couple for occupying the property as well as for the theft of the pigeons.

Finally, in the final phase of the operation during the month of May, the agents had the collaboration of the Torrevieja Roca Team, and together they investigated two other women for a new theft of this type of bird, this time it occurred in Rojales.

The exploitation of the operation has resulted in the result of six people being investigated, all of them of Spanish nationality and aged between 14 and 55 years. They are charged with ten crimes of robbery and one crime of theft.

1 The first Canarian hotel opens in Thailand, with 30... 2 Unemployment falls in Castilla-La Mancha with 6,142... 3 Eleven slightly intoxicated by smoke inhalation in... 4 Almost 5,000 Castilians and Leonese leave the unemployment... 5 The Champions Burger 2022 in Valencia: dates, location,... 6 The PP of Castilla-La Mancha would obtain 14 deputies... 7 The daughter of the leader of the network that exploited... 8 The Canary Islands gain 2,028 Social Security affiliates... 9 Guido Balzaretti: "The pandemic has resignified... 10 Work calendar 2022 in Valencia: list of holidays by... 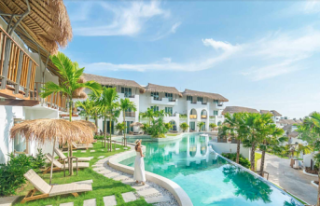 The first Canarian hotel opens in Thailand, with 30...