Almost 10,000 families in Castilla y León have applied for free education for children aged 2 to 3 years, a measure that will be implemented in the Community starting next year. 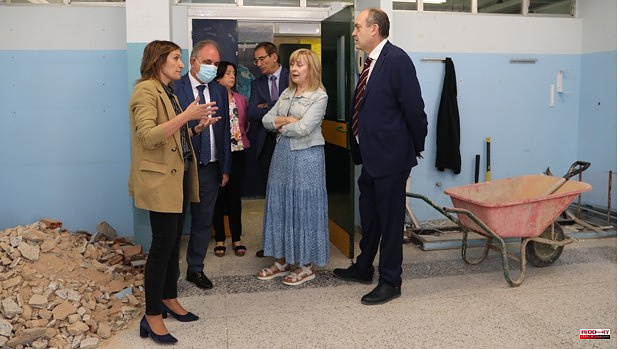 Almost 10,000 families in Castilla y León have applied for free education for children aged 2 to 3 years, a measure that will be implemented in the Community starting next year. In total, they are almost 78 percent of the 12,700 potential beneficiaries -children born in 2020-, as detailed on Tuesday by the Minister of Education, Rocío Lucas.

Parents have been able to choose a place among the 653 centers participating in the new measure -377 public and 276 private-, since both public and concerted schools and those whose ownership corresponds to local entities, or other public corporations will be incorporated , and in private centers

Lucas has underlined during his visit to Palencia that, for the moment, 9,993 requests have been registered, of which 2,403 belong to centers managed by the Junta de Castilla y León; 3,334, to the municipalities; and 4,256, to private centers.

During the summer they will be able to continue making inscriptions.

The counselor has highlighted the importance for the Junta de Castilla y León that families have responded "so positively" in the first year of implementation of a service that, as she has recalled, does not fall within compulsory education. "It shows the confidence that the families of the Community have in the education of Castilla y León", she pointed out.

The school calendar starts in September and ends in June. However, in the centers dependent on the Junta de Castilla y León during the month of July, complementary activities will be offered to families, as has been offered in the Early Childhood Education centers of the Autonomous Administration.

In the rest, it will be the municipalities and private companies that determine, each one in its center, the type of services offered and the price.

A total of 108 public educational centers will be reformed this summer to adapt their spaces, with a budget of 4,261,263 euros. After carrying out these modifications, all the public centers selected by the Ministry of Education will meet the space, ventilation, lighting and access requirements established by the regulations for this educational stage.

1 El Gobierno joins forces with Bildu to undo its Democratic... 2 Stoltenberg reaffirms in Madrid support for Ukraine... 3 Kreab partners with Conchita Lucas to lead the communication... 4 The new Basque homes will have to have a terrace and... 5 Duro Felguera entrusts its future to the entry of... 6 Escrivá proposes raising the quota for self-employed... 7 They accuse Laporta of giving "swerves"... 8 LGTBI flags, alcohol and sex outside of marriage:... 9 The espadrilles that Jill Biden has bought in Madrid... 10 The outstanding Cuban poet Fina García-Marruz dies... 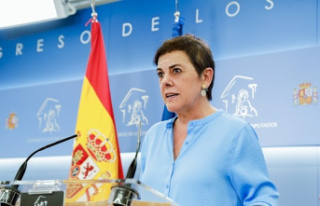 El Gobierno joins forces with Bildu to undo its Democratic...