The President of the Government, Pedro Sánchez, and the Secretary General of NATO, the Norwegian Jens Stoltenberg, have presented the guidelines for the Madrid Summit after a half-hour visit to the facilities of the Ifema pavilions that will host the event from tomorrow morning to Thursday afternoon. 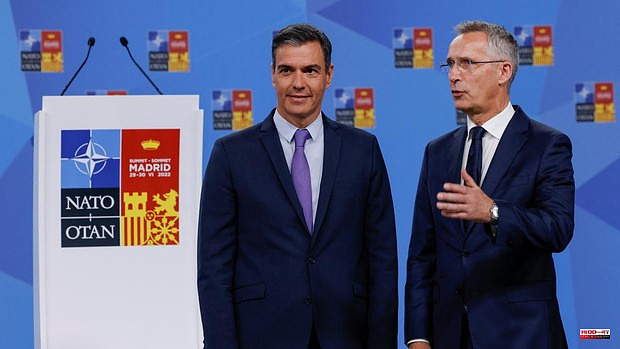 The President of the Government, Pedro Sánchez, and the Secretary General of NATO, the Norwegian Jens Stoltenberg, have presented the guidelines for the Madrid Summit after a half-hour visit to the facilities of the Ifema pavilions that will host the event from tomorrow morning to Thursday afternoon.

Stoltenberg stressed that "the Madrid Summit is a turning point, where a new strategic concept will emerge, in a more dangerous and unpredictable world." Of course, against the backdrop of Russia's war in the Ukraine. "One of the decisions that will be taken will be a support package for Ukraine for its self-defense, after suffering brutality never seen in Europe since World War II."

In addition, the Secretary General of NATO expressed his hope that there will be progress towards the entry of Sweden and Finland into the Alliance after "this historic summit in Madrid".

It will be "a transformative summit," said Stoltenberg, who personally thanked Sánchez for "his commitment to the transatlantic link." He referred to the Spanish missions in the Baltic countries, in Iraq, the US ships that he hosts in Rota (Cádiz) or the organization of this same summit in Madrid.

For his part, the President of the Government, Pedro Sánchez, stressed that the purpose "is clear, it is resounding, it is to convey a message of unity by the allies, by the EU member states, by the EU as an organization complementary to NATO, to launch a message of unity among the democracies that come together to defend democracy.

“For Spain, this summit is very important, first of all, because the new strategic framework will be approved under the surname of the city, Madrid. Secondly, because we are all awaiting the incorporation of two very important democracies, Finland and Sweden. We wish the Secretary General every success. Thirdly, because we are incorporating into the strategic concept something very important for southern Europe, which is the southern flank as an element on which we also have to focus our attention, in particular, in the Sahel area. », explained Sanchez.

The president, who this afternoon will hold a one-hour meeting with the president of the United States, Joe Biden, underlined the "validity" of the Atlantic Alliance, as has been verified after the Russian aggression against Ukraine.

1 Kreab partners with Conchita Lucas to lead the communication... 2 The new Basque homes will have to have a terrace and... 3 Duro Felguera entrusts its future to the entry of... 4 Escrivá proposes raising the quota for self-employed... 5 They accuse Laporta of giving "swerves"... 6 LGTBI flags, alcohol and sex outside of marriage:... 7 The espadrilles that Jill Biden has bought in Madrid... 8 The outstanding Cuban poet Fina García-Marruz dies... 9 Matarromera Winery, 2022 SME Award from the Valladolid... 10 Joe Biden will announce an increase in the number... 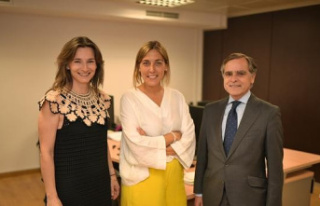 Kreab partners with Conchita Lucas to lead the communication...