The paper in charge of debating the amendments to the Law of Democratic Memory has concluded its report on Tuesday, after the pact between the Government and EH Bildu to, among other things, recognize victims of torture up to the year 1983 included. 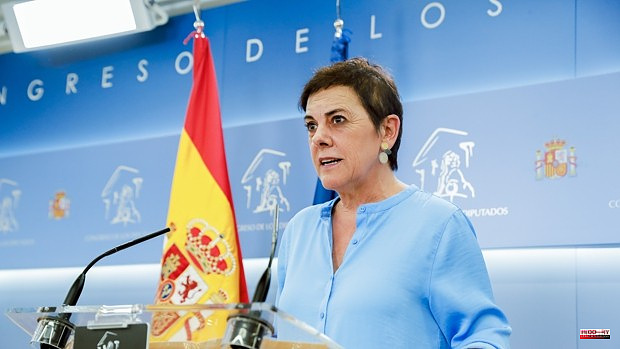 The paper in charge of debating the amendments to the Law of Democratic Memory has concluded its report on Tuesday, after the pact between the Government and EH Bildu to, among other things, recognize victims of torture up to the year 1983 included. The Executive takes a definitive step for the final approval of the law. On Monday, July 4, according to parliamentary sources consulted by ABC, the opinion will be voted on in the Constitutional Commission of Congress and the text will be seen for sentencing in an extraordinary plenary session that will be held the week of July 11 to 15, when it is expected that it will also have place the debate on the state of the nation.

Although the ERC still has not confirmed its final position, Bildu's support for the law, together with that of the PNV and other minority parties, brings the PSOE and United We Can closer to the necessary support to guarantee the viability of the bill emanating from the Ministry of the Presidency.

At a press conference, Bildu's spokesperson in Congress, Mertxe Aizpurua, has taken advantage of the negotiation with the Government, which is once again key to the final result.

The Executive is strategically allied with Bildu, a coalition that includes Sortu, heir party to the outlawed Batasuna, political arm of the extinct terrorist group ETA, in a matter as sensitive as memory. The law aims to improve and replace the Historical Memory law approved in 2007 by the government of the socialist José Luis Rodríguez Zapatero. It was the star initiative of former Vice President Carmen Calvo, but it was assumed by Minister Félix Bolaños when he succeeded her as President in the government crisis with which Pedro Sánchez restructured his Council of Ministers last summer.

The agreement between the Government and Bildu reflects the recognition of victims of human rights violations until December 31, 1983, which affects the victims of torture and the so-called 'dirty war' against ETA. A period that not only exceeds the dictatorship of Francisco Franco, but also the Transition, and includes the first year of the socialist Felipe González in the Government. At that time, the actions of the Antiterrorist Liberation Groups (GAL) began and the murders of the ETA members José Antonio Lasa and José Ignacio Zabala were perpetrated.

Aizpurua, who has celebrated that the law resulting from the presentation is "more ambitious" than the one initially proposed by the Government, has listed other agreements with his coalition, such as the transfer of the Palacio de la Cumbre to the San Sebastián City Council, the reconversion of the Fort of San Cristóbal, in Pamplona, ​​in a space of memory and the declaration of "illegality and illegitimacy" of the Francoist courts created since 1936. The recognition of the victims of torture will remain in the hands of a commission of independent experts still to be developed. Lasa and Zabala were tortured in the Palacio de la Cumbre and the Fort of San Cristóbal was a prison during the Franco regime.

In addition to the agreements with Bildu, the paper incorporates into the Government's bill the battery of amendments registered last November by PSOE and United We Can, including the controversial modification proposed by applying international law to the Amnesty Law of 1977, one of the foundations of the Transition, and declare that crimes against humanity, genocide and torture do not prescribe or are forgivable. The interpretation of this wording collides between PSOE and United We Can, although both parties admit that its impact will be "reduced" at least criminally speaking.

The Democratic Memory Law, stuck for months in the process of amendments, was reactivated last week after the blow of the PSOE in the Andalusian elections. The socialists decided to move chips in various areas and constituted the presentation of the law. This Tuesday, in the first meeting with content, the report of the presentation was approved with the endorsement of PSOE, United We Can, PNV, EH Bildu, PDECat, Más País and Coalición Canaria, the abstention of ERC and Junts, and the rejection of the PP, Vox and Citizens. PP sources warned at the end of the meeting of the "dangerous revisionism" that the socialists are accepting in order to carry out the norm with their partners.

1 Stoltenberg reaffirms in Madrid support for Ukraine... 2 Kreab partners with Conchita Lucas to lead the communication... 3 The new Basque homes will have to have a terrace and... 4 Duro Felguera entrusts its future to the entry of... 5 Escrivá proposes raising the quota for self-employed... 6 They accuse Laporta of giving "swerves"... 7 LGTBI flags, alcohol and sex outside of marriage:... 8 The espadrilles that Jill Biden has bought in Madrid... 9 The outstanding Cuban poet Fina García-Marruz dies... 10 Matarromera Winery, 2022 SME Award from the Valladolid... 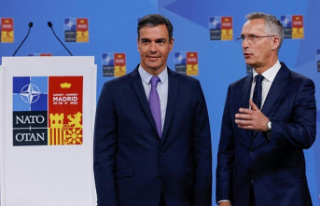