Tiny houses without a balcony will be history in the new constructions of the Basque Country. 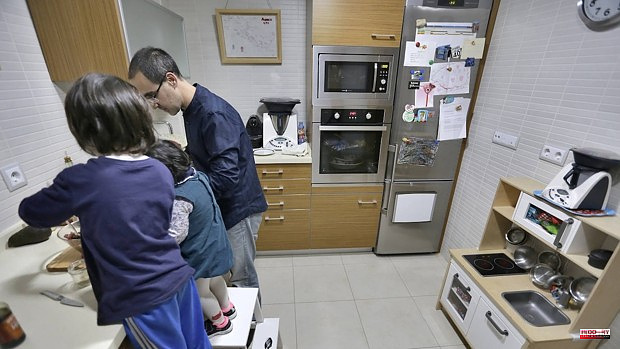 Tiny houses without a balcony will be history in the new constructions of the Basque Country. According to the new Housing decree that the Basque Government has approved this Tuesday, and which will come into force at the end of the year, the houses that are built from now on will have to have a minimum surface area of ​​35 square meters, to which will have to be added a minimum of four additional square meters to build a balcony.

As explained by the Basque Housing Minister, Iñaki Arriola, the objective of the decree is to incorporate the concept of "outer space" into homes, which has acquired great importance after the forced confinement imposed by the pandemic. In this way, outdoor spaces of up to 10 m2 will no longer count in terms of buildability.

The architects will be able to compensate in their designs for the lack of a balcony by expanding the space destined for the living room, although those meters, unlike those of the terrace, will count for the purpose of building.

In addition, the homes of the future will end with the old distribution of bedrooms. Until now, the usual thing is that the houses have a large main bedroom and other much smaller ones. From now on, however, all rooms must have a minimum area of ​​10 square meters and only the third can be reduced in size as long as extra meters are added to the room. “The rooms will become multipurpose spaces where, in addition to sleeping, you can play or play”, explained Arriola.

The Basque Government wants the gender perspective to also be present in new constructions. This new architectural vision will be noticed in the design of the buildings and common areas, where nooks and crannies and blind corners must disappear to increase safety.

It will also be noticed in the interior distribution. With the new regulation, small kitchens will go down in history and from now on they must incorporate a minimum of between 7 and 12 square meters, depending on the total size of the home. The objective is that by expanding the space it is easier for two people to be doing household chores at the same time and thus encourage the sharing of household chores.

In addition, the decree establishes that these areas where food is prepared will have "preferably the dimensions of a kitchen-dining room." When this is not possible, both spaces, the kitchen and the dining room, must be "adjoining" or have a "visual connection" that allows the union between the two spaces to be maintained.

As Arriola explained, the objective of this standard is to leave behind the "rigid dwellings" that have proliferated until now and create "more versatile and flexible" places. In other words, it is about the same dwelling being able to adapt over time to the different needs that arise in the same family without the need to do much work. "It is a rule that incorporates advanced regulation criteria," Arriola summarized.

The decree approved this Tuesday will be published in September and will come into force at the end of the year. There will be a three-month transition period so as not to harm projects already underway. From that moment on, both the new promotions and all those families who want to carry out a comprehensive reform of their homes must adapt to it.

1 Duro Felguera entrusts its future to the entry of... 2 Escrivá proposes raising the quota for self-employed... 3 They accuse Laporta of giving "swerves"... 4 LGTBI flags, alcohol and sex outside of marriage:... 5 The espadrilles that Jill Biden has bought in Madrid... 6 The outstanding Cuban poet Fina García-Marruz dies... 7 Matarromera Winery, 2022 SME Award from the Valladolid... 8 Joe Biden will announce an increase in the number... 9 More than 2,400 civil guards deployed for the summit 10 They confirm the conviction of a Ganemos Salamanca... 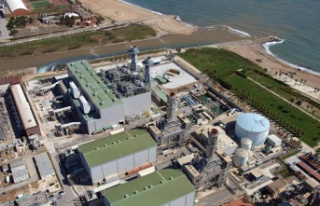 Duro Felguera entrusts its future to the entry of...