They accuse Laporta of giving "swerves" and "improvise" in his management

The former candidate for the presidency, Víctor Font, has taken stock of the time Laporta has been in office at the head of the club and has criticized the management of the current president. 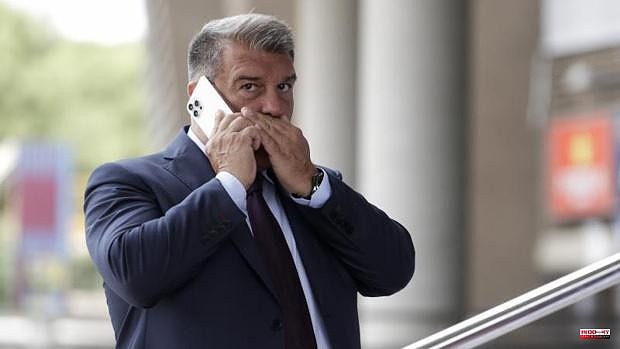 The former candidate for the presidency, Víctor Font, has taken stock of the time Laporta has been in office at the head of the club and has criticized the management of the current president. “I am very optimistic. The train has lost a car but it is high speed and if things are done well, the future is splendid. I hope that there are successes in the sporting decisions to compete at least in LaLiga since the Champions League is another story. I've told the president several times. Let's all join together because the rival is in Madrid, in Manchester, in Paris", began by explaining the businessman, who applauded some decisions such as signing Xavi Hernández, Jordi Cruyff or implementing electronic voting but censored "the swerves, engine changes in full flight and the lack of transparency» of the current board.

"Going into government without having a plan worked in 2003, 2010, 2015. Silence does not mean that we agree with what has happened despite the fact that we anticipated that things could happen but we have had an empathetic attitude with the president," he said. .

"It doesn't make me particularly happy to think how right we were. We used to say that Barça was a train that was going at 200 km/h that crashed into the wall. Entering to govern the club without knowing what you are going to do was reckless. We had a plan for the first 100 days: reduce wages and debt. We wanted to reduce losses but they ended up with 481. Instead of levers, we had planned strategic partners to work on business lines, have 'fair play', retain Messi and have Xavi", explained Víctor Font, who delved into the output of Messi: “With the planned plan and his will to continue, he would have stayed. Now we have to try to strengthen the ties between Messi and Barcelona fans. And we will support the president and the board if this is done because it is key."

Font also disagreed on the way the club is currently run: «Barça is not a company and less a family company despite the fact that there are very well-managed family companies. That family business denotes a lack of professionalism. I can understand and I am 100 percent empathetic that the president has had many disappointments and wants to have trustworthy people, but there is a minimum of talent that the number one institution in the country should have, with a very large margin for growth. That's why we need the best and the best CEO with business vision."

He addressed the sports field and the need to sign Barcelona. « The sports structure wants Lewandowski and if it can be done economically, we have to try to sign him. I think he will end up coming », he bet. And he recalled his electoral project: «The current organization chart resembles mine in key parts. Signing Xavi is the best decision of 16 months in office but the structure must be global in which everything fits, including the sports vice-presidency. It is a deficit that we have. Xavi is the most optimistic person I know, even more so than the president. The years before the elections were intense and that required knowledge. We had a lot of personal and professional relationship working the structure. The relationship continues on a personal level. I'll see him on Friday and we see each other often. We are in the best possible hands and we must help him as much as possible. More blunt was shown with the situation of Ousmane Dembélé: «On this subject, I remember when he spoke of Neymar. The institutional part eliminated it. With Dembélé, the same thing happens. The club is above but Dembélé has had a lack of commitment. We would have told Xavi that we couldn't deal with a player like that."

1 LGTBI flags, alcohol and sex outside of marriage:... 2 The espadrilles that Jill Biden has bought in Madrid... 3 The outstanding Cuban poet Fina García-Marruz dies... 4 Matarromera Winery, 2022 SME Award from the Valladolid... 5 Joe Biden will announce an increase in the number... 6 More than 2,400 civil guards deployed for the summit 7 They confirm the conviction of a Ganemos Salamanca... 8 The Prosecutor's Office investigates whether... 9 Page announces a great hunting museum in Ciudad Real... 10 They annul the conviction of abuse of an employee... 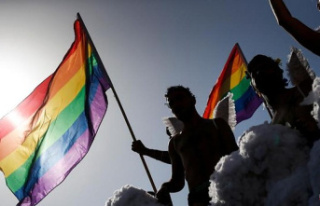