A map to know what our food is made of

Can you imagine having a catalog with all the proteins that make up your body in different states of health? One that defines exactly which proteins are associated with diseases such as cancer, obesity, cardiovascular diseases, infections or Alzheimer's? That is the ambitious challenge of the Human Proteome Project, an initiative regulated by the World Human Proteome Organization aimed at create a map of all the proteins in the body. 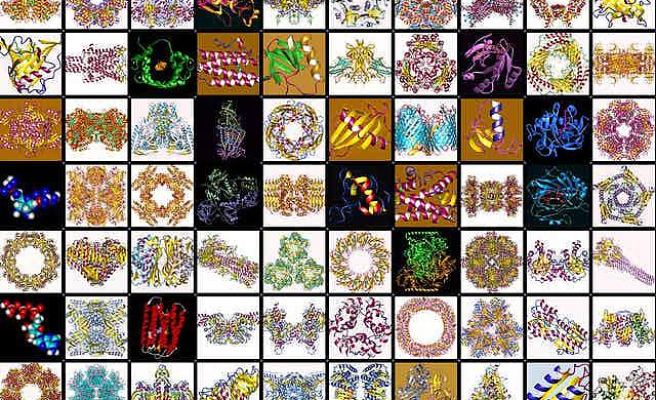 Can you imagine having a catalog with all the proteins that make up your body in different states of health? One that defines exactly which proteins are associated with diseases such as cancer, obesity, cardiovascular diseases, infections or Alzheimer's? That is the ambitious challenge of the Human Proteome Project, an initiative regulated by the World Human Proteome Organization aimed at create a map of all the proteins in the body. It is indisputable that with this map in hand, the diagnosis of diseases would be much easier.

But, let us start at the beginning. Proteins are macromolecules made up of linear chains of amino acids. They are part of all living beings, where they perform thousands of essential functions. Proteins are encoded in the genetic material of each organism, which is where their amino acid sequence is specified. That sequence is what differentiates one protein from another.

The set of all proteins in an organism is known as the proteome. As for proteomics, it is nothing more than the study of the structure and function of proteins in living beings using different techniques. To know the proteome, proteins must first be extracted from inside the cells. Generally, these proteins are separated according to their electrical charge and their size in agarose gels, which allows their quantification and identification. Once they have been identified, their biological function can be determined.

The study of the human proteome allows the creation of protein libraries with the potential to be used as biomarkers.

Biomarkers are substances that can be used in the clinical setting for predictive, prognostic or diagnostic purposes.

They must meet two requirements: be specific to a certain disease and be present in sufficient quantity to be detectable through analysis. For example, some tumor markers are based on proteins that are produced by cancer cells (and only cancer cells).

The advantages are obvious. The study of proteins in the human body is intended to facilitate the development of new treatments, assess their effectiveness, as well as improve the diagnosis and prognosis of diseases to detect them early and predict their severity. All this focused on personalized medicine.

Another direct application of the study of the human proteome has to do with our diet, since it allows us to determine the effect of the components of the diet on the levels of proteins of interest in different diseases, taking into account the variability between people.

The resistance of bacteria to antibiotics has increased at an alarming rate in recent decades. If this continues, it is estimated that in the year 2050 infections by these microorganisms will be the first cause of death in the world and will cause some 10 million deaths each year.

An important effort is currently being made to characterize the proteome of different microorganisms sensitive and resistant to antibiotics. In this way we would understand the mechanisms by which resistance is generated and we could design more effective antimicrobial compounds.

In addition, proteomics allows us to identify the circumstances that can increase the resistance of bacteria to antibiotics, very useful information to control this problem. Without going any further, in our Research Group (SEGURALI) we have observed that, when exposed to low doses of antibiotics (as a consequence, for example, of incomplete medical treatments), microorganisms can acquire resistance to these compounds, at the same time to see some of its proteins modified.

These studies allow the construction of databases applied to the design of new therapeutic targets for the development of more effective drugs.

Similarly, the use of disinfectants at low concentrations can favor the development of tolerance to them, as well as cross-resistance to antibiotics, two very worrying issues for Food Safety and Public Health. For example, we have verified that the adaptation of different foodborne pathogenic microorganisms to a disinfectant commonly used in the Food Industry, peracetic acid, increases the resistance of bacteria to antibiotics and generates changes in their proteomic profile. It should be noted that peracetic acid is considered a "green" disinfectant, because after use it breaks down into compounds that do not pollute the environment.

Finally, proteomics makes it possible to explain how microorganisms harmful to health interact with the cells of our body to alter them, and how bacteria "communicate" with each other to form biofilms.

Proteomics can have different applications in the food industry. Among other things because it allows knowing the composition of the food and evaluating its authenticity.

From a Public Health point of view, food proteomics studies are useful to identify nutritional biomarkers of interest for health (for example, antihypertensive peptides) or to detect undeclared proteins that, in addition to food fraud, can cause reactions allergies in certain individuals.

In addition, since the protein profile is characteristic of each type of bacteria, proteomic techniques have been introduced as a tool to quickly identify bacteria responsible for infections and food poisoning.

On the other hand, proteomics allows evaluating the modifications of nutritional or toxicological interest that occur in food proteins as a consequence of their processing (for example, heat treatments) or storage.

In short, the study of proteins is of interest in several fields related to the diagnosis and treatment of diseases, the control of bacterial resistance to antibiotics or the detection of pathogenic microorganisms or proteins with allergenic potential in foods. It seems indisputable that proteomics is here to stay and it is necessary to take advantage of its multiple applications to improve human health.

This article has been published in The Conversation and has also been prepared by Rosa Capita González, University Professor, Nutrition and Bromatology Knowledge Area, Faculty of Veterinary Medicine, University of León.

1 Did a woman invent psychoanalysis? Ten pioneers who... 2 Musk asks for proof of the number of fake Twitter... 3 The Council of Ministers will approve the draft Law... 4 Iberdrola closes a 'PPA' with the Australian... 5 Correos Cargo consolidates its route between Madrid... 6 CCOO wins a lawsuit against the Generalitat Valenciana... 7 Santos defends the breaking of the pact with the PSOE... 8 Albert Cavallé, the 'love scammer', on... 9 Xbox Series X: the console is back tonight at Microsoft 10 Lebanon: Hezbollah and its allies lose their majority... 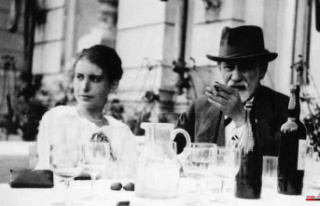 Did a woman invent psychoanalysis? Ten pioneers who...