Did a woman invent psychoanalysis? Ten pioneers who improved Freud

Since ancient times, hysteria has been defined as a female disorder. 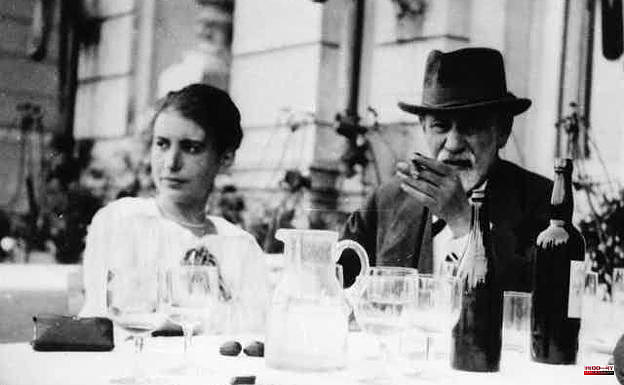 Since ancient times, hysteria has been defined as a female disorder. In the 19th century, psychoanalysis emerged, a treatment based on conversation and more comprehensive than other methods –such as cold showers–. In principle, women only appeared as objects of investigation. However, soon these patients take an active role. They ask to express themselves, an essential factor in a cure for the word. In addition, they point out to their doctors the way forward.

After caring for her sick father in Vienna, Bertha Pappenheim suffered various symptoms: nightmares, muteness, hallucinations... She could not explain her profound anguish. She suggested to her doctor that he hypnotize her and question her about the causes of her ailments, so she could remember the origin of her fears. Under hypnosis, Ella Pappenheim relaxed and was able to travel into the past. When she visualized the moment of the traumatic episode, she recounted it, relieving herself. For example, she recalled that her phobia of drinking all kinds of liquids had started because one day she saw a dog drinking from her glass. This cathartic method was a form of liberation. Pappenheim's doctor, Josef Breuer, shared this technique with a young neurologist, Sigmund Freud, then unknown. Both published a book, Studies on Hysteria, where they told her case (they called her Anna O.). On this basis, Freud developed the psychoanalytic method, and always recognized his debt to Pappenheim. Despite her relevant role in history and her great work as a social worker, fighting for the rights of women and children, the figure of Bertha Pappenheim remains little known.

Spielrein studied medicine and investigated the human drive toward destruction. This influenced Freud to describe the death instincts, internal energies that lead us to self-destructive or aggressive behavior.

- Lou Andreas-Salomé, love of self

Strong and independent woman, she was related to intellectuals like Nietzsche. In Weimar she met Freud, struck by her "feminine charm and masculine intellectual acuity" – that's what it sounds like. Andreas-Salomé traveled to Vienna to train in psychoanalysis. She developed a broad vision of sexuality and eroticism, as the culmination of human existence. For her, narcissism was not a pathology, but a manifestation of self-love, a positive identification.

- Marie Bonaparte, the princess who investigated the orgasm

She met Freud and became a patient, friend and psychoanalyst. She understood that psychological causes were more important than physical ones. After her psychoanalysis, she discovered that some childhood experiences could have conditioned her, along with rigid social conventions. More liberated, she continued to search for the sources of the orgasm, anticipating Masters and Johnson.

When the Nazis took Vienna, he helped Freud flee to London via Paris, saving him from the concentration camps.

Very close to Carl Jung, she traveled to Switzerland to be psychoanalyzed, as she suffered from severe depression and serious identity problems. There she developed the ability to capture her dreams by painting them in a notebook. In her watercolors the unconscious emerged.

At Harvard University, together with the famous American psychologist Henry Murray, Morgan created the Thematic Apperception Test (T.A.T.), a projective test based on images. By interpreting these ambiguous images, the patient brought out subconscious elements. Subsequently, Christiana's contribution was silenced, while Murray was enshrined as the sole author of the test.

The Mexican Jorge Volpi recovers it in his novel La Tejedora de Sombras.

At the same time that psychoanalysis is born, the female role is changing. The first psychoanalysts with medical studies actively participate in psychoanalytic organizations. They feel the need to take center stage.

From there, they will give a new vision of femininity and sexuality, amending the flat Freud, limited by his androcentric vision.

It gave a more feminist impulse to psychoanalysis, excessively patriarchal. She investigated the first stages in the development of babies: as important is the attachment of the child to the mother as the attachment of the mother to the child. Studying children, she developed the technique of the game. One day, with a girl who was withdrawn in the consultation, making the psychological examination difficult, Klein brought a box with toys. The girl began to open up and Klein found a way of communication: through play, the girl showed her inner world. The toy is a basic tool, it connects reality and fantasy. Since then, it has become essential to observe how infants play.

Freud's young and wayward daughter was a rebellious teenager: she did not want to get married but to have a professional career. She had sadomasochistic fantasies, in which she experienced guilty pleasures: a gentleman very much like her father was whipping her. Her solution came when father Freud himself psychoanalyzed her. She joined the psychoanalytic society, becoming a guardian of orthodoxy and a pioneer of child analysis. In her work, she systematically organized the defense mechanisms that the self possesses.

- Joan Riviere, is femininity a mask?

In her book Femininity as a mask, Riviere denounces the difficulties in conquering an active role. Within the male professional system, the woman must progress with her knowledge, but she needs to repress rivalry so as not to overly challenge the system.

With psychoanalysts like Arminda and Betty Garma, the wave of psychoanalysis completes its journey around the world, returning to Europe with a more global proposal that broadens sexuality and questions the male-female dichotomy.

This article has been published in The Conversation.

1 Musk asks for proof of the number of fake Twitter... 2 The Council of Ministers will approve the draft Law... 3 Iberdrola closes a 'PPA' with the Australian... 4 Correos Cargo consolidates its route between Madrid... 5 CCOO wins a lawsuit against the Generalitat Valenciana... 6 Santos defends the breaking of the pact with the PSOE... 7 Albert Cavallé, the 'love scammer', on... 8 Xbox Series X: the console is back tonight at Microsoft 9 Lebanon: Hezbollah and its allies lose their majority... 10 The owner of a farm was investigated for having fifteen... 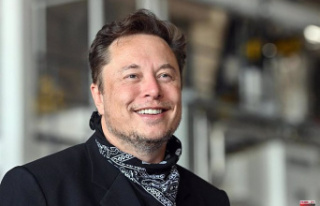 Musk asks for proof of the number of fake Twitter...