Santos defends the breaking of the pact with the PSOE in the Diputación de León: "Coherence is not negotiable"

The secretary general of the Union of the Leonese People, Luis Mariano Santos, has defended this Tuesday as an exercise in "coherence" the decision adopted last night by the General Council of the formation to break the government pact signed with the PSOE in the Provincial Council . 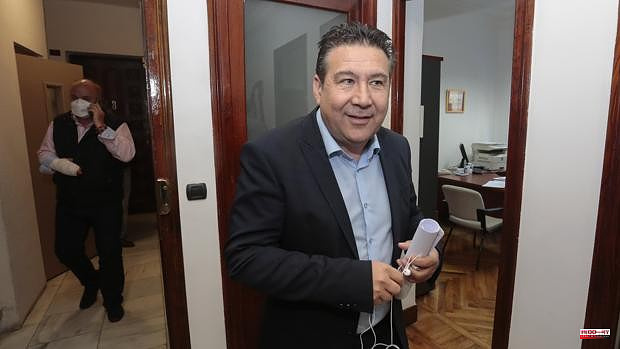 The secretary general of the Union of the Leonese People, Luis Mariano Santos, has defended this Tuesday as an exercise in "coherence" the decision adopted last night by the General Council of the formation to break the government pact signed with the PSOE in the Provincial Council .

"The UPL decided that it could not continue waiting for the PSOE to fulfill in the last year of its mandate what it has not fulfilled in the previous three", he pointed out and added that the pact signed at the time "is transparent and it is about that citizens see what has been fulfilled and what has not", he said before recalling some of the promises agreed, mainly in terms of infrastructure, and not undertaken, such as the Torneros logistics platform, impulses to the A-76 motorway, the A- 60, the enhancement of the Teatro Emperador or the opening of the Ciudad del Mayor.

Santos has recalled that it has been 12 months of repeated notices about non-compliances that are verifiable, regardless of what he thinks or the provincial secretary of the PSOE, Javier Alfonso Cendón, with whom he signed the agreement with the then minister José Luis Ábalos. «I feel disappointed. I will not go down to the mud on this subject. In politics it is important to have things clear. Politicians are here to make decisions and we believe that it is the only one we could make. Coherence is not negotiable », he has remarked, he remarked.

The 'Leonese' leader has lamented that the expectations regarding the arrival of the PSOE to the Diputación have not been met at a time that he considered ideal. “I have to be very careful and respectful. For me it is not an easy moment. That the pact is not fulfilled is not a good thing for León, neither for the UPL nor for the PSOE. It's a very sad day."

«I have not been able to make the PSOE understand that it had to put all the meat on the grill. Circumstances were given for the central government to fulfill most of its promises. When we negotiated this pact I was told that everything could be done », he used in statements collected by Ical.

Santos has commented that UPL is not considering any movement in the provincial institution now, depending on what is going to happen with the vice president and sole representative of the formation, Matías Llorente, who will foreseeably maintain the act of deputy: «They are so little of trust that we do not consider anything with the PP. There isn't a partner that I don't know the least confidence to do other things».

1 Albert Cavallé, the 'love scammer', on... 2 Xbox Series X: the console is back tonight at Microsoft 3 Lebanon: Hezbollah and its allies lose their majority... 4 The owner of a farm was investigated for having fifteen... 5 Scotland would ask to join NATO if it gains independence... 6 The European Parliament takes the first step to approve... 7 Public debt rises again in March and rises to a record... 8 Tales for All will be reborn on Club illico 9 The Government hopes to attract new investment and... 10 Compromís demands the appearance of Marlaska for... 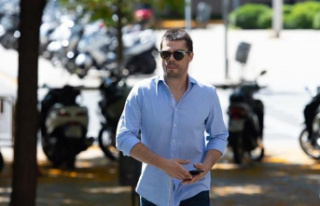 Albert Cavallé, the 'love scammer', on...