It aspires to capture 10% of the European battery cell market and was born with the aim of becoming the first factory of its kind in Europe. 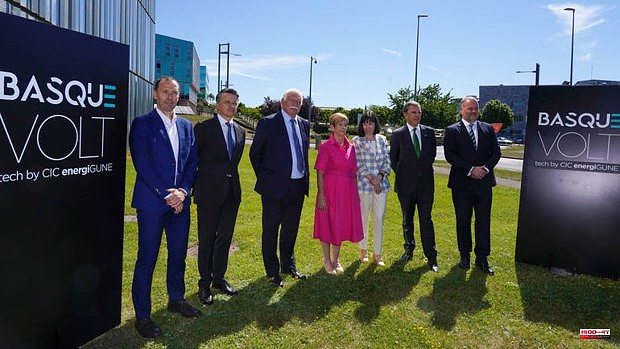 It aspires to capture 10% of the European battery cell market and was born with the aim of becoming the first factory of its kind in Europe. Basquevolt is also the great Basque commitment to position itself in the new electric vehicle scenario, and one of the first projects to benefit from European Next Generation funds.

During the presentation of the new company, the Basque Minister for Economic Development, Arantxa Tapia, highlighted the "unique commitment" that the initiative represents for the development of a new generation of batteries that are made "thanks to the talent of our engineers and scientists" . In fact, they are devices that work with their own technology. It is based on the use of an electrolyte whose composition is patented by the newly created company.

The efficiency achieved with this new mechanism is the main advantage of these batteries compared to the liquid ones that have been used until now. That is, they last longer and suffer less wear after the recharging process. So much so, that solid-state battery technology is the only one that meets the highest performance requirements of the automotive industry.

In addition, they aspire to play a relevant role in the development of energy storage systems. “We are making history”, highlighted those responsible for technological development during the presentation. And it is precisely this proprietary technology that differentiates Basquevolt from other similar initiatives that have emerged in Europe. Tapia has insisted that despite being "an innovative technology that is born and produced here", it emerges with the aim of being exported to "Europe and the rest of the world".

To do this, it will have the support of three major players in the sector. Iberdrola, Enagas and CIE Automotive will form part of its shareholders. They are the business aspect that complement the investment of the Basque Government and the participation of CIC Energigune, a technology center promoted by the Autonomous Executive.

Asís Canales, head of Purchases and Services at the Basque electricity company, stressed that this initiative, in addition to "renewing" Iberdrola's commitment to the Basque Country, is also "essential" for advancing towards solutions that allow renewable energies to build a supply of energy with «guarantees». Fernando Tax, general director of Enagas Emprende added that it is a technology that will play a "key" role in the commitment to green hydrogen as an energy source.

he electric car will be another of the key niches of this technology. The automotive industry leads the current demand for this type of battery and that is why it is no coincidence that leading companies in the sector are also part of its shareholding. Fermín Río, vice-president of CIE Automotive highlighted that the Basque Country has already managed to be "a benchmark" for the auxiliary automotive industry and that Basquevolt represents the first step towards being one "now" in the storage industry.

The involvement of Mercedes also represents an important support for the project. It is not part of the shareholding, but it has shown its intention to become a priority customer of the new factory. As announced, its intention is that the cars that are built in the new plant that it plans to build in Vitoria incorporate Basquevolt technology. This has already been stated in the documentation that he has presented to receive European funds. Gestamp is another of the leaders in the sector that has shown its intention to collaborate with the new company.

If everything goes according to plan, the first prototypes will be ready by 2025 and the first real production line will start operating in 2027. The goal is that from then on an annual production of 10 GW per year will be reached, which would allow the company to gain 10% of the European market. For this, it will be necessary to make an investment of around 720 million euros. The promoters of the project estimate that it will serve to promote 800 direct jobs.

1 Family: Ex-ruler of Pakistan, Musharraf, critically... 2 EvAU Castilla-La Mancha: the claim for the Mathematics... 3 The Provincial Councils of Alicante and Segovia exchange... 4 The Women's Universe Tour will bring to Zamora... 5 Calviño avoids committing Next Generation funds for... 6 The future of home delivery, autonomous robots 7 British pilots veto the arrival of Iberia colleagues... 8 Ethiopia is open to resuming talks on dams with Egypt... 9 India protests the desecration of Hindu temples by... 10 No news on the covid front in Castilla-La Mancha:... 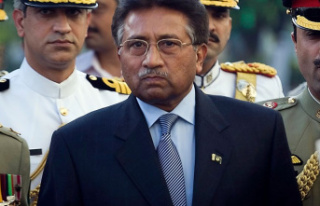