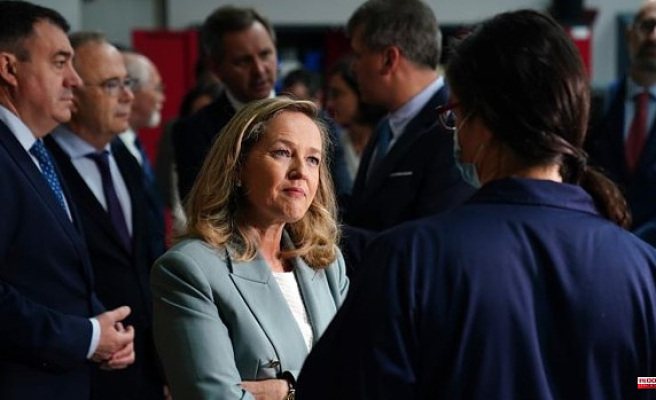 Good words, many. Compromise, none. The First Vice President of the Government, Nadia Calviño, was careful this Friday to guarantee that Stellantis, Altri or Showa Denko will receive an injection of Next Generation funds, despite commenting that previously, in the morning, in a meeting with Galician businessmen, He had transferred them: «Sometimes I think that the recovery plan seems made for Galicia».

Beyond this phrase full of positivism, the economic manager of the Executive, in a joint appearance with the president of the Xunta, Alfonso Rueda, in the Pazo de Raxoi —after a working lunch at the Hostal de los Reyes Católicos—, valued that there are "many projects in which Galician companies can play a leading role", but without going any further. Rueda, who the day before had asked the vice president for "sensitivity" towards her land, spoke of a "positive" and even "satisfactory" meeting. But when the microphones were switched off, there was a feeling in the Noble Hall of a very meager result for the Fellowship.

After the classic perch in an Obradoiro square taken over by tourists -and it is not yet high season-, some of them located at the point that the cameras wanted, with the cathedral in the background, to immortalize the entourage -also present the vice president first of the Xunta, Francisco Conde, and the delegate of the Government, José Miñones; Facenda's delegate, Miguel Corgos, left just before—, a press conference as cordial as it was short on headlines.

Calviño, who was asked, during question time, to 'get wet' in favor of Galicia, was especially careful when pointing out that "all" the autonomous communities have been presenting "interesting projects" that can fit into the recovery plan led by Pedro Sánchez, and that the best will be able to come true. As for the Xunta, she pointed out that they had "agreed to continue working together" so that the Community "takes full advantage of this opportunity." But she did not endorse anything without first seeing if it coincides with the "framework" managed by the Government. Calviño said that the "commitment" with Galicia and the rest of Spain is "clear", but again he did not go deeper.

Rueda, after reminding Calviño that they followed his "instruction" to prioritize the most powerful projects, once again demanded an "opportunity under equal conditions", without asking for more or less than other territories, for initiatives that "deserve this support to go ahead". He stopped at three, two anticipated on Thursday: Stellantis and Altri.

Regarding the factory of the automotive giant in Vigo, he stressed that its volume of staff and investment "forces it to do everything possible to guarantee not only its present, but also its future." Both, he added, studied how to "support" the company "jointly"; each within their «possibilities». Calviño remained that "the will of the Government of Spain is to work side by side to try to support any process that allows us to reinforce or strengthen" the progress of the Balaídos plant. Even so, the head of the Xunta was "optimistic".

About Altri, Rueda appealed to provide coverage of European funds for the "very important investment" in Palas de Rei (800 million) to erect a complex of textile fibers. Calviño broke down the possible ways of financing that the Portuguese firm could take advantage of, but without further specification. As for Showa Denko, and her plans for a graphite factory in La Coruña, with an investment of 400 million, the president warned that "in no case" can she be "let her escape." And as a finishing touch, something between the hint and the desideratum: "Hopefully all this comes to fruition."

1 The future of home delivery, autonomous robots 2 British pilots veto the arrival of Iberia colleagues... 3 Ethiopia is open to resuming talks on dams with Egypt... 4 India protests the desecration of Hindu temples by... 5 No news on the covid front in Castilla-La Mancha:... 6 When are the Madrid Gay Pride 2022 parties? 7 This is 'Xeetox', the winning skewer of... 8 Almost 800,000 euros for the improvement of educational... 9 Ferduque opens its doors to show the enormous potential... 10 Cancellation, delay, return... What if tickets for... 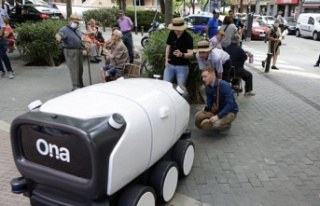