Those who took the Mathematics II exam this Thursday at the EvAU of the University of Castilla-La Mancha (UCLM) will not easily forget it. 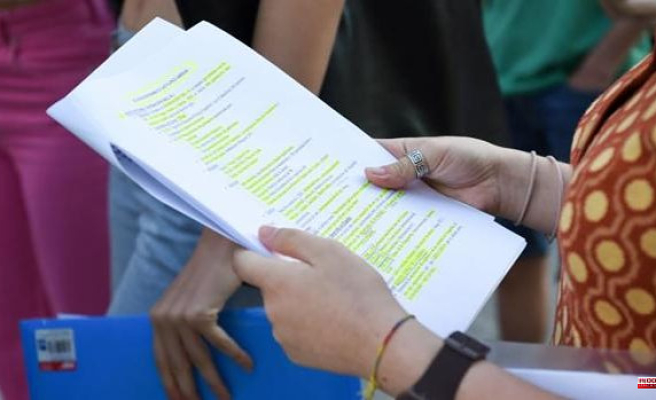 Those who took the Mathematics II exam this Thursday at the EvAU of the University of Castilla-La Mancha (UCLM) will not easily forget it. The extreme difficulty that the students speak of has caused thousands of complaints, in addition to the involvement of politicians.

At the moment, the petition on the virtual platform 'change.org' to "review the contents of the test" had exceeded 15,600 signatures at six in the afternoon this Friday. In this "claim" it is stated that the exam was "riddled with errors" and that "the percentage of the contents of the syllabus" of 2nd year of Baccalaureate has not been respected, for which they request "compensate the note".

Laura Martín Pérez writes on 'change.org': "I've spent the entire course preparing for this exam and I haven't been able to do a whole exercise, it's been a shame, I don't wish it on anyone."

Meanwhile, Elena López Algarra adds: «This is how we fight in our Community so that our young people have the possibility of staying in CLM? I hope that whoever is responsible for this injustice has the ability to fix it. Cheer up guys, you are our future.

The matter has continued kicking this Friday. The president of Castilla-La Mancha, Emiliano García-Page, has once again "sincerely" thanked the University of Castilla-La Mancha for its "sensitivity" after the students' complaints. «I am very grateful that there has been a non-defensive, non-inbred, but compressive approach. I hope it takes shape without interference of any kind, I say it from my right to ask, in no case to demand, it takes shape next week in reasonable tranquility, ”he commented during an act at the Faculty of San Pedro Mártir, in Toledo , in which precisely it has coincided with the rector.

Meanwhile, the rector, Julián Garde, has insisted on asking the students for “tranquility and trust”. "It is not an exception, it will be transmitted to the correctors who correct the Mathematics test taking into account the type of exam," he explained in an interview on regional radio. The rector also believes that many times "the perception" of the result of the exam that is had at first is worse. "I'm sure the students will have done the tests better than they had in mind," he added.

Finally, the president of the PP and leader of the opposition, Paco Núñez, has pointed directly at the Page government, since "when there is a problem, someone else is blamed." "What should never be done is to put the responsibility in the hands of the university," believes Núñez, for whom the Board has a "shared responsibility."

1 The Provincial Councils of Alicante and Segovia exchange... 2 The Women's Universe Tour will bring to Zamora... 3 Calviño avoids committing Next Generation funds for... 4 The future of home delivery, autonomous robots 5 British pilots veto the arrival of Iberia colleagues... 6 Ethiopia is open to resuming talks on dams with Egypt... 7 India protests the desecration of Hindu temples by... 8 No news on the covid front in Castilla-La Mancha:... 9 When are the Madrid Gay Pride 2022 parties? 10 This is 'Xeetox', the winning skewer of... 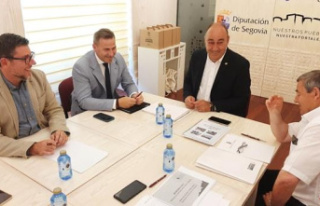 The Provincial Councils of Alicante and Segovia exchange...