Putin's war extends to Finland: Germany is playing for its ice hockey future

Germany's national ice hockey team is eyeing the gold medal at the Winter Olympics in Beijing. 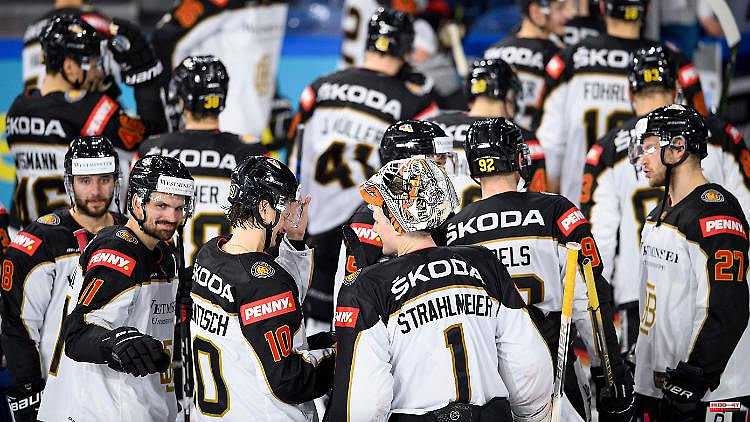 Germany's national ice hockey team is eyeing the gold medal at the Winter Olympics in Beijing. But instead of the big show, there is the rude disgrace – everything should get better at the World Cup. The omens are not optimal, but there is hope(s).

The shadow of Vladimir Putin's war stretches as far as Finland. Not only because the country now wants to be admitted to NATO quickly so that the power of the alliance can counter the provocations of the Kremlin boss. Putin's war in Ukraine also has an impact on the Ice Hockey World Championship, which will be held in the cities of Helsinki and Tampere from Friday. The "Sbornaja", the always powerful national team of Russia, is not allowed to start as a result of the war. She is subject to international ban. Just like the team from Belarus. Because dictator Alexander Lukashenko is seen as an ally of Putin.

From a sporting point of view, the ban on the Russians is good news for the German selection. Because in the group of eight there is only one top nation in Canada (joint world champions with Russia). Despite the Olympic debacle, countries like Slovakia and Switzerland are considered equal opponents for Germany. But where exactly do you measure it in May 2022? Rather close to the absolute world elite? Or is it a fair bit far away? The answer is pending - and it will be formulated after this tournament.

Germany is staggering to Helsinki with the crushing burden of Beijing's embarrassment and a very complicated preparation for the World Cup with poor results, mediocre performances and personnel problems. In the "Ice Hall" but all the heavy ballast of the past few months should be checked away. Actually, Germany should bring its return to the world elite in the Hartwall Arena on the ice, but because two Russian oligarchs have shares in the hall, the venue was canceled. Another shadow of Putin at this tournament.

Sporty: German ice hockey has learned a painful lesson in the past few months. In the intoxication of sporting bliss after remarkable performances at the past world championships and the Germany Cup in November 2021, reality and euphoria got into a fatal imbalance. Beijing should be about gold. After the coup in Pyeongchang four years ago, it wasn't really an absurd announcement - but self-conviction paralyzed the team's game. It was over before the quarterfinals. It was the first severe setback under the direction of national coach Toni Söderholm. Since the end of 2018, the Finn had continued Marco Sturm's path in an outstanding manner and strengthened the self-confidence of his cracks.

Where should the journey go now? Söderholm refused a specific target. The Finn wants to give the team the chance to build their "own story". It can of course end with the title, but it (the story) should not be thought of from the golden end. Which, among other things, star goalie Philipp Grubauer is already doing again. Formulated more as a drive than as a goal. Not like in Beijing, when Germany was mercilessly peppered with the pithy word from Canada, the USA and Slovakia. "I think we may have learned a bit from the Olympic Games in terms of this offensive expression of expectations," says captain Moritz Müller. The danger of icy dream castles is not particularly great in Finland either. In contrast to Beijing, the team does not arrive with an enraptured feeling of altitude.

Incidentally, the disgrace of Beijing has been dealt with and checked off. Tenth place out of twelve nations was also a personal defeat for the extremely ambitious Finn behind the gang. Söderholm no longer wants to talk about the mistakes in China. He is concerned with other things, as he confessed in an interview with the German Press Agency: "The important question for me is that we can answer the how question. How do we win games? That we can look at ourselves in the mirror again in terms of identity. We had one high expectations but somehow the how-we-win got a bit lost." The impact of the games on the tournament now? "Zero. What does the Olympics have to do with this tournament?"

There are currently no supporting arguments for euphoria. Likewise not for swansongs to the German ice hockey high of the past few years. And so this World Cup becomes the judge of the current status. Within a year, he oscillated between the world's best and just a dork. In any case, the path to a successful comeback among the best nations has been paved. And right at the start of the tournament, the team can find out where they stand and how much work they have to do. Top favorite Canada is Germany's opening opponent (Friday, from 7:20 p.m. live on Sport1 and in the ticker on ntv.de) and comes with massive NHL power. Although the very best of the best are not playing, they continue to duel in the North American playoffs, but the squad seems to be cleverly designed with established warhorses and up-and-coming top talents like Nick Holden, Ryan Graves, Dawson Mercer or Pierre-Luc Dubois.

The composition of the squad is also a big topic in Germany. For the national coach, it became a gigantic puzzle - with numerous setbacks and disappointments. Among other things, he has to do without former NHL players Tom Kühnhackl (he won the Stanley Cup twice) and Tobias Rieder. The reasons are not known. Dominik Kahun is not there either, he also has experience in the NHL. The 26-year-old is injured. The list of prominent failures can be continued, including Frederik Tiffels and Patrick Hager (both Red Bull Munich).

Söderholm, who is known for his pragmatism, sees things this way: "There are several reasons. If a player is injured, then he is injured. If a player has no energy, then he has no energy. If a player feels like that feels that he can't help the team, then he doesn't help the team either and then we take the next one. There's nothing for me to argue about." And now it is also the case that the German selection is still well cast, even if the tender hopes of a World Cup start from superstar Leon Draisaitl, who is on the verge of extinction with his Edmonton Oilers in the NHL, have been shattered . The German Ice Hockey Federation said on Thursday that an assignment was "not an issue". However, it was not clear from the statement whether this applies to the entire tournament.

However, the possibility remains. The national coach keeps squad places open in order to nominate forces from North America. For example John-Jason Peterka, Leon Gawanke or Lukas Reichel. The chances of Nico Sturm, on the other hand, are rather bad, his Colorado Avalanche are doing well in the playoffs. However, the DEB team does not lack star potential. With Grubauer, Germany has one of the strongest goalies in the world (and with Mathias Niederberger and Dustin Strahlmeier two outstanding representatives), even if his season with the Seattle Kraken (a new NHL team) was not so outstanding. Unlike Moritz Seider's season. The 21-year-old is already considered one of the top defenders in the league, preparing an incredible 43 goals for his Detroit Red Wings! Incidentally, Seider has been shortlisted for the Calder Trophy since Wednesday, making him one of only three candidates left for Rookie of the Year in the NHL. The other two candidates are strikers. And then there is Tim Stützle, who is expected to have a mega career. With his technique and creativity, he should inspire the German offensive.

"It's good for German ice hockey, because the charisma of the boys helps the sport in Germany and brings us enormously forward with the quality of the team," says captain Moritz Müller, who, like his veteran colleague Korbinian Holzer, also wants to take on a leadership role and have to. Because the team is younger and less experienced than in previous years. There are exciting debutants in Taro Jentzsch (Iserlohn Roosters), Alexander Ehl (Düsseldorfer EG) and Mario Zimmermann (Straubing Tigers). That doesn't have to be a disadvantage. Because speed, robustness and greed were things that German ice hockey had lost in Beijing. But all this philosophizing is nothing for Söderholm, who strives for virtuous humility after the Olympic lesson: "Cold-nosed, down-to-earth, hard - that's how we have to work so that we can put ourselves in a position where we can be successful. That's not what interests me. "

1 "We will never ...": Guardiola speaks for... 2 "I was afraid that I would die": Fan complains... 3 Media: Separation not impossible: Salihamidžić'... 4 "Was a bit too relaxed...": Zverev is shaking... 5 Cuca Gamarra: "Sánchez will try to exhaust the... 6 Serious consequence for the tournament?: Russian ban... 7 The King travels to Abu Dhabi today for diplomatic... 8 Bad criticism of "alibi offer": Ginter attacks... 9 "Forbes" ranking published: Lionel Messi... 10 Double Spanish victory at Le Mans in the small categories 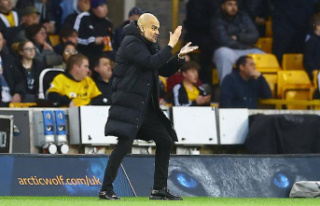