The German tennis player Alexander Zverev has had to undergo surgery due to the ankle injury he suffered during the Roland Garros semifinals against the Spanish Rafa Nadal and which damaged three lateral ligaments. 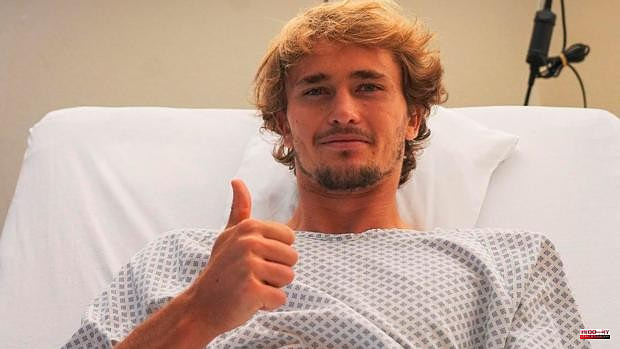 The German tennis player Alexander Zverev has had to undergo surgery due to the ankle injury he suffered during the Roland Garros semifinals against the Spanish Rafa Nadal and which damaged three lateral ligaments.

"We all have our own journey in life. This is part of mine. Next week I will reach the highest ranking of my career as world No. 2, but this morning I had to have surgery," Zverev noted in his official 'Instagram' profile.

The one from Hamburg pointed out that "after a more detailed medical examination in Germany" he received the bad news that "the three lateral ligaments" of his right ankle were "torn".

"In order to return to competition as quickly as possible, to ensure that all ligaments heal correctly and to regain full stability in my ankle, surgery was the best option," he admitted.

"My rehabilitation starts now and I will do my best to come back stronger than ever. I keep getting a lot of messages and I would like to thank everyone once again for supporting me in this very difficult time," said Zverev, who will be absent from the grass court tour and at Wimbledon, the third 'Grand Slam' of the season.

1 Agriculture forecasts that the cereal harvest will... 2 EBAU 2022 begins in Castilla y León: more than 10,800... 3 Inditex earns 760 million, 80% more, in the first... 4 Japanese man is arrested in Indonesia for COVID relief... 5 Seven people in the Canary Islands accepted euthanasia... 6 'Xeetox', from the Salamanca bar Xirex,... 7 Carlos Torres visits Mexico in the process of selling... 8 Lavrov meets with Turkish officials to discuss plans... 9 At least 17 people are killed in a train derailment... 10 Sánchez takes chest from his turn in the Sahara:... 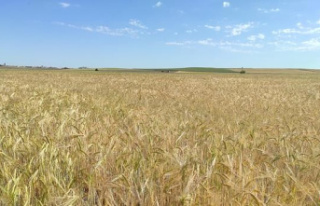 Agriculture forecasts that the cereal harvest will...