The Minister of Health, Blas Trujillo, has informed the Parliament of the Canary Islands that, after the first year of the approval and implementation of Organic Law 3/2021 on the regulation of euthanasia, seven people, of which five are women and two men, have taken advantage of the aid in dying, after being favorably informed by the Guarantee and Evaluation Commission that regulates it. 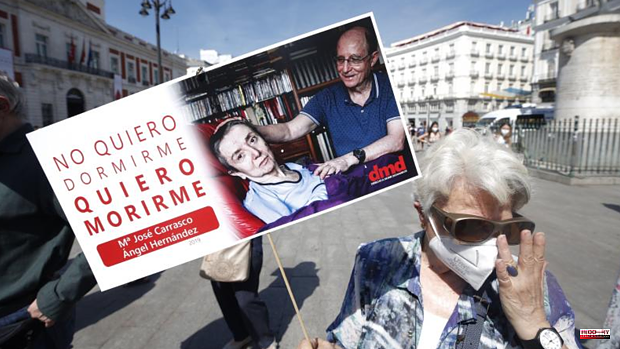 The Minister of Health, Blas Trujillo, has informed the Parliament of the Canary Islands that, after the first year of the approval and implementation of Organic Law 3/2021 on the regulation of euthanasia, seven people, of which five are women and two men, have taken advantage of the aid in dying, after being favorably informed by the Guarantee and Evaluation Commission that regulates it.

All the requests originated in centers of the public network of the Canary Islands Health Service and, of these, four were made in the hospital setting and three in the patient's own home, always respecting the wishes of the person. In addition, there are currently two applications under study and two other petitions whose files are in the process of being initiated.

The law also articulates the possibility of requesting this aid in advance, to apply it at a later time, when the capacity to act is no longer available. This advance directive document is called an Anticipated Manifestation of Wills (MAV) and is registered in the Registry, with its corresponding annotation in the Clinical History of the SCS, both for Primary and Specialized Care.

The counselor specified that since the beginning of the MAV Registry in the Canary Islands, in 2007, 17,295 demonstrations have been registered. Of these, 14,763 are currently active and a total of 1,438 have been registered since the entry into force of the euthanasia regulation law. Of the latter, in 892 cases the express wish that euthanasia be administered has been expressed (6 out of 10), compared to 71 in which the express will of its non-application is established, and 388 in which it is not. There is a statement about it.

In his parliamentary appearance on the incidence and development in the Canary Islands of the norm after the first year of the approval of euthanasia, which with its entry into force, Spain became the fourth European country with a law that legalizes the practice of euthanasia and physician-assisted suicide, along with the Netherlands, Belgium and Luxembourg. Currently, there are five European countries in which it is legal, after approval in Austria, in January of this year.

Among the requirements for people to apply for the benefit, it is established that they must be of legal age, capable and aware at the time of application, suffer from a serious and incurable illness or a serious, chronic and disabling condition certified by the responsible doctor. , and have made two requests voluntarily and in writing, with at least 15 calendar days between them.

Likewise, the norm determines the duties of the health personnel who attend to these people, defining their framework of action, and regulates the obligations of the administrations and institutions concerned to ensure the correct exercise of the recognized right.

The counselor explained that the law recognizes medical assistance in dying, as an individual and free right, included in the common portfolio of benefits of the National Health System, supervised and carried out by health professionals. In this sense, he explained that this new right "is a guarantee and for its realization it must be corroborated that the specific assumptions of the euthanasia context included in the Law are met."

To ensure the quality of the provision, a multiprofessional group of the SCS has been formed for the application of the Law and during this year the training will be extended to all the professionals. A 'Guide for the application of assistance in dying in the Canary Islands' has also been drawn up, a document that defines and develops the procedure to be followed by health centres.

In addition, it has been necessary to have another 14 documents to make the provision of euthanasia effective, which contain the information and procedures in each of the phases of the procedure, as well as the web pages of the Ministry and the SCS complete information on euthanasia, rights of the people who decide to initiate the process, and the procedures to request it.

In this sense, Blas Trujillo stressed that "it is essential that the person who wants to initiate a dying aid procedure understands all the information, so that he can give his free, voluntary, conscious consent and in full exercise and use of his faculties. ».

1 'Xeetox', from the Salamanca bar Xirex,... 2 Carlos Torres visits Mexico in the process of selling... 3 Lavrov meets with Turkish officials to discuss plans... 4 At least 17 people are killed in a train derailment... 5 Sánchez takes chest from his turn in the Sahara:... 6 Gamarra demands Sánchez to recover a "dignified"... 7 Former cyclist Julio Jiménez, the “Watchmaker of... 8 Biden's rudeness to Guaidó: he does not invite... 9 India's central bank raises the interest rate... 10 What Conservatives might succeed Johnson in the UK... 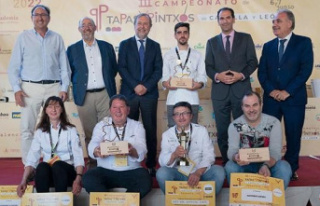