Teacher, former deputy and cook: this is María Luisa Banzo. 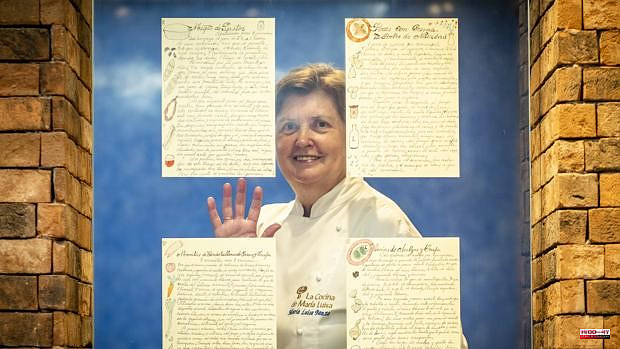 Teacher, former deputy and cook: this is María Luisa Banzo. An institution of classic cuisine –queen of mushrooms, stews and marinades– that she says goodbye to Madrid by pulling down the curtain on what she has been her home for 18 years. The Soriana stewardess and her husband, Ángel, close her business in the Salamanca district on July 3. «The Covid-19 pandemic has brought, like many of her colleagues in the hotel industry, serious disagreements with the owners of the premises that have led to serious economic problems and also important health problems for María Luisa.

Madrid will say goodbye that day to its marinated quail, wild boar or trout from La Fuentona.

Also its lobster monkfish and its mushrooms and truffles in season. With her go her pig's trotters stuffed with that black gold and her modest, homely cuisine, which represented her crayfish in sauce. His is a house for many in which to enjoy without pretensions.

María Luisa made the leap from politics to the kitchen, without a network. This former national deputy – between 1987 and 1989, the youngest woman in the legislature in Congress – she was self-taught and the daughter of a cook. "Her kitchen is always present in my house," she explained a year ago to ABC, excited to remember her, after having been one of the victims of this pandemic. In the restaurant there are still her mother's handwritten recipes, which shine in a glass window in the room. «The Covid-19 thing has been horrible. Also economically. We have had a very bad time », she assured then her.

She was also the first master chef in Castilla y León, an association in which a woman had never before participated actively until she joined. "I was the first woman to be part of the jury of the Spanish Chefs Championship," she boasted. “Women are great currantas, with less work absenteeism. More women than men have always worked in my house », she explained in the aforementioned report.

“Those who wish can reserve their table even these days for the food service from 1:30 p.m. from Monday to Sunday and at night, from 8:00 p.m. to 11:30 p.m. from Thursday to Saturday. María Luisa, who closes this stage knowing that she needs to take care of herself, with regret, but full of gratitude to the city and the thousands of people who have passed through her house, will love toasting with all her friends and clients these days for all the years. of affection, admiration and dedication, beyond the kitchen", he reports in a statement released this Thursday, June 23. "See you soon, Madrid. Thank you for everything », she concludes.

1 How to make mochi ice creams like the ones that are... 2 Cuñas Davia Barrica 2020: from Ribeiro to the world 3 Iceta studies making European aid from Inaem more... 4 Masters of painting are vindicated at the Maastricht... 5 Evening of Year 2 of Ibai Llanos: guide to everything... 6 What time is Ibai Llanos' Year 2 Evening and... 7 Unusual discovery in Pompeii: a turtle with its egg 8 The cultural bonus collides with empty Spain 9 A Goya painting does not find a buyer at an auction... 10 A video shows dozens of immigrants piled up by Moroccan... 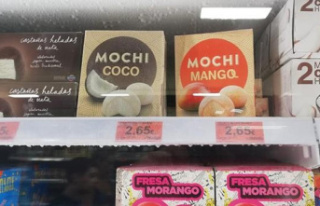 How to make mochi ice creams like the ones that are...