The Minister of Culture, Miquel Iceta, yesterday tried to put out the new open fire within the Inaem, after learning that the lack of personnel in the body in charge of managing state-produced performing arts is putting at risk the distribution of a game of 17 million euros for digital modernization charged to European funds. 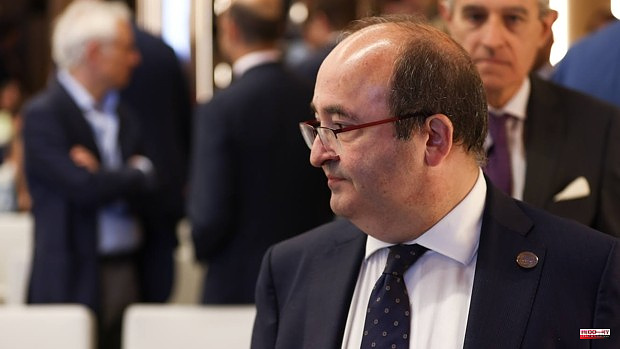 The Minister of Culture, Miquel Iceta, yesterday tried to put out the new open fire within the Inaem, after learning that the lack of personnel in the body in charge of managing state-produced performing arts is putting at risk the distribution of a game of 17 million euros for digital modernization charged to European funds. "We are studying what the sectors have asked us, the possibility of making the deadlines more flexible," he said, in response to a call for help from entities as important as Faeteda (theater), Feced (dance) or CircoRed, who have warned that the delay of the administration at the time of resolving the projects will cause a cascade of resignations.

In a press conference held after attending a meeting of the Artist's Statute, the minister confirmed that the Inaem does not have enough staff to process the ordinary and extraordinary grants from the Next Generation funds at the same time, but he attributed this to the cuts of the Rajoy government.

"We are working on it," Iceta said, quoting a phrase from Aznar. Now that I use this well-known expression, I would like to remember why we are where we are. In 2016 someone decided to stop public job offers and the administration began to decapitalize. We have resumed from 2019-2020 public job offers that will allow us to cover vacancies for retirement to vacancies for another type or to create new places.

Four years after the PSOE arrived in La Moncloa, the blame for the collapse of Inaem remains with the PP, according to Iceta, who also, in his attempt to shake off responsibilities, recalled that the Ministry of Culture transferred 22 million euros to the autonomous communities. euros of European funds to finance the modernization of scenic and musical infrastructures, and at this point only five of them have resolved the calls: Catalonia, the Basque Country, Galicia, Asturias and Castilla y León. "The culture funds have already been distributed among the communities, and the process of calling and aid to allocate these funds corresponds to them," said the minister.

Despite Iceta's declaration of intent, the performing arts sector is not entirely optimistic. Valeria Cosi, from Feced, in statements to Ep yesterday doubted the "solidity" of the minister's words since the Inaem informed them that "they did not see the possibility of extending those terms as viable." The Government had to publish the definitive resolution of the projects that aspire to the subsidy before June 28, but surely the provisional list – not the definitive one – will not arrive until September. So that no company has to give up the aid, and taking into account the delays of the Inaem, the execution period should be extended a few more months. Other administrations have already done so, so this possibility exists, but legal sources warn that these changes are made a posteriori, once the provisional lists have been published: «They should have done it before. Making an extension once the deadline to resolve has passed is extremely complicated ».

1 Masters of painting are vindicated at the Maastricht... 2 Evening of Year 2 of Ibai Llanos: guide to everything... 3 What time is Ibai Llanos' Year 2 Evening and... 4 Unusual discovery in Pompeii: a turtle with its egg 5 The cultural bonus collides with empty Spain 6 A Goya painting does not find a buyer at an auction... 7 A video shows dozens of immigrants piled up by Moroccan... 8 Vox denounces in the Cortes that they have entered... 9 The vice president of the Generalitat Valenciana de... 10 These are the cheapest hours of electricity this Saturday,... 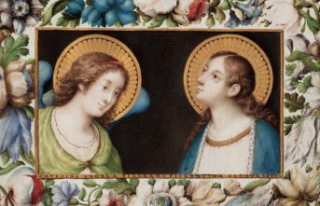 Masters of painting are vindicated at the Maastricht...