The World's 50 Best Restaurants and The World's 50 Best Bars have held in Bilbao, this Friday, June 24, the second edition of 50 Next –the first live, after the pandemic– in which the list of young people called to transform the world of food and beverages globally. 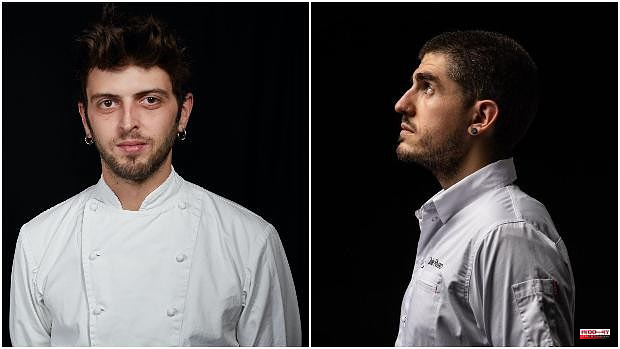 The World's 50 Best Restaurants and The World's 50 Best Bars have held in Bilbao, this Friday, June 24, the second edition of 50 Next –the first live, after the pandemic– in which the list of young people called to transform the world of food and beverages globally. The Euskalduna Palace has thus welcomed the select list of people under 35 years of age – cooks, pastry chefs, producers, scientists or educators, among other profiles – whose work stands out on the current scene.

The list, which is not a 'ranking', includes two important novelties for Spain. Two young people, a cook and a pastry chef, whose names are now part of this prestigious list: Pol Contreras and Javier Rivero.

They thus join the national profiles that 50 Next recognized last year: Marc Coloma –founder of Heura Foods–, a company that has developed a new way of producing 'vegetable meat'–; the brothers Mikel and Ion Zapiain – heirs to the legendary know-how of this family from Astigarraga with cider, the Mecca of this drink in the Basque Country–; Clara Díez –one of the leaders of cheese crafts in Spain, from her shop Formaje de ella in Madrid– and Maitane Alonso –founded her company, Innovating Alimentary Machines to develop solutions for food preservation–.

Pol Contreras, responsible for the sweet part at El Portal del Echaurren –two Michelin stars, by Francis Paniego, in Ezcaray (La Rioja)–, is one of the two Spaniards in the new 50 Next. His work with cocoa is the basis for this recognition that highlights the potential of the 'bean to bar' movement. This expression, which could be translated as 'from the bean to the tablet', focuses on respect for the origin of cocoa, the human factor that surrounds the work and its sustainability.

Chocolates Pol Contreras is the house he founded with the aim of making the world around chocolate better, it works with fair trade cocoa in producing points such as Venezuela, Madagascar or Papua. His work is "changing the rules of the game" with creative solutions such as his 'fifth chocolate' – which surpasses the four traditional varieties that are manufactured: black, white, milk and ruby. The latter is made from cocoa mucilage.

“Soon we will see a more decolonized chocolate industry. The export will be more decentralized. More farmers will produce their own chocolate and sell it to the West, and we will see price increases caused by shortages of products, energy, transportation and fertilizers”, explains Contreras.

“I wake up every day thinking about which producer I am going to talk to,” Javier Rivero, chef at the Ama Taberna restaurant in Tolosa, explains to ABC. A space that revolves around the ingredients that arrive daily from the orchards and nearby farmhouses. His way of understanding sustainability, from a human point of view and not just an environmental one, has been the key to his inclusion in the 50 Next. "He never negotiates the price of his products and if the product he wants is not available, he asks that same farmer for alternatives", they highlight his way of understanding the link with those who stock his pantry.

Born in Villabona, 20 km from San Sebastián, Javier was 19 years old when his mother died, completely changing his family environment. He missed the love of food that she brought home and vowed to pursue a career that revalued the connection between "food, love, and affection." He put aside his engineering studies to found Ama Taberna with Gorka Rica. 'Ama', which means 'mother' in Basque, is a tribute to his mother but also to women and their influence on Basque culinary culture. “We have a very special relationship with our growers. We never negotiate the price of your products. They are part of our family”, confesses Rivero.

1 The luxury of eating with silver cutlery in the first... 2 La Cocina de María Luisa, the restaurant of the former... 3 How to make mochi ice creams like the ones that are... 4 Cuñas Davia Barrica 2020: from Ribeiro to the world 5 Iceta studies making European aid from Inaem more... 6 Masters of painting are vindicated at the Maastricht... 7 Evening of Year 2 of Ibai Llanos: guide to everything... 8 What time is Ibai Llanos' Year 2 Evening and... 9 Unusual discovery in Pompeii: a turtle with its egg 10 The cultural bonus collides with empty Spain 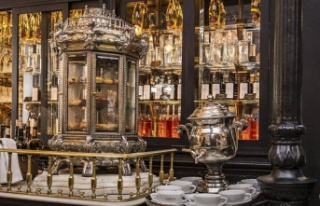 The luxury of eating with silver cutlery in the first...