The mockery of the shirts: this is how the designs that irritate the fans are decided

«What a groundbreaking image. 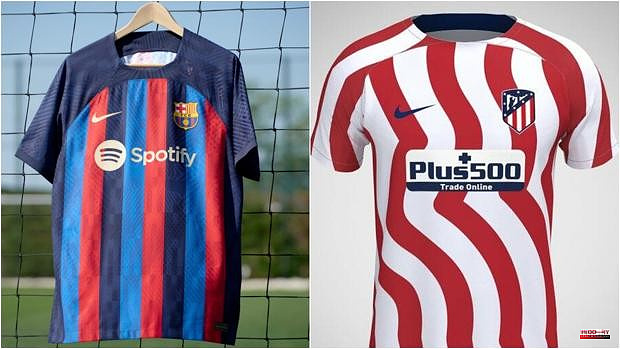 «What a groundbreaking image. I'm lovin 'it. The large cross of the shield occupying the entire chest and the pants with one leg of each color! It's going to be a success," exclaimed Josep Maria Bartomeu when Nike showed him the kit that Barcelona has played with this past season, without imagining the criticism that was generated for straying too far from the entity's historical design. Something that happened in 2012 with the only gradient red line on the chest, in 2015 with the horizontal stripes or in 2019 with squares. The new shirt, inspired by the 30th anniversary of the Barcelona Olympic Games, also leaves no one indifferent by incorporating a third darker blue stripe.

Criticism has not been slow to appear, something extensive to other clubs that have also wanted to innovate, such as Atlético de Madrid, whose curved stripes evoke the nooks and crannies of the Manzanares River.

"I think it's very pretty. We are used to seeing red in straight stripes, and that it makes the shape of the river…”, justified Enrique Cerezo, while a large group of more traditional partners became unnerved on social networks and urged mattress fans to boycott the proposal by wearing a alternative equipment that has been very well received. It is a shirt with straight lines, with motifs that refer to Atlético Aviación, the first rojiblanco shield and the old Metropolitano.

The first sentence that comes to mind for most fans every summer when they see their team's new jersey is: “Whose idea was it? Why does the club allow this design? Various Barcelona sources have explained to ABC who approves the design of a shirt and how. “It all starts two years before the presentation. The club transfers to Nike a series of commemorative ideas so that the designers of the multinational begin to work. For example, for the shirt that will be released now, we started in June 2020 and the idea of ​​the 30th anniversary of the Olympic Games for the first shirt or the 30th anniversary of the Sant Jordi Cross that the Generalitat granted to the Barça, for the third kit.

From there, Nike begins to work and several meetings are held in which the president, the General Director and the highest representative of BLM (Barça Licensing) are on the club's part.

«You will never make a T-shirt to everyone's liking. The president knows that he is playing it but whatever he does there will be criticism, ”they explain from the Catalan club. "It's like risking it with a signing, that until it debuts you don't know if it will have the expected result," they illustrate. In the end, sales usually reflect the successes and failures of the design, although in this plot two and two never add up to four: «We are presenting the new shirt without knowing which players we will have. Having Mbappé and Haaland is not the same as not having them because the impact is not the same”. And they assure that "obviously, every year a new shirt is proposed for a commercial issue."

From the Nike environment they justify the decision of so much change despite the fact that a shirt is doing well at the sales level. “It is a business that moves a lot of money and we must bear in mind that the multinational is American, which implies, due to its mentality, that they like change and are not attached to traditions either,” they point out before reminding this newspaper that "The pistachio shirt, which generated so much criticism, was one of the best sellers in the history of Nike". Sources familiar with the inner workings of the clothing company assure that success is assured for several reasons: «Because many people are collectors and like to have all the shirts of each season and other people like to be fashionable and wear the latest kit. ».

1 Europe's central banks will raise rates July... 2 Record-breaking 100 Pounds average cost to fill up... 3 Mónica Oltra, on the request for imputation of the... 4 Greece: An appeal court reverses Iran tanker seizure... 5 The Generalitat will not prioritize Catalan in selectivity 6 Hidraqua and the UA promote a series of conferences... 7 Intellectually disabled people will do internships... 8 Cases of monkeypox in Madrid rise to 275 after adding... 9 The Diputación de Salamanca promotes the Camino de... 10 The reform of the civic center of Palomarejos is awarded... 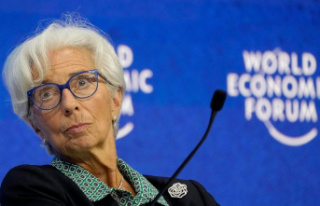