The reform of the civic center of Palomarejos is awarded for more than 125,000 euros

The Toledo City Council has awarded the renovation works of the Palomarejos Civic Center for an amount of 125,696. 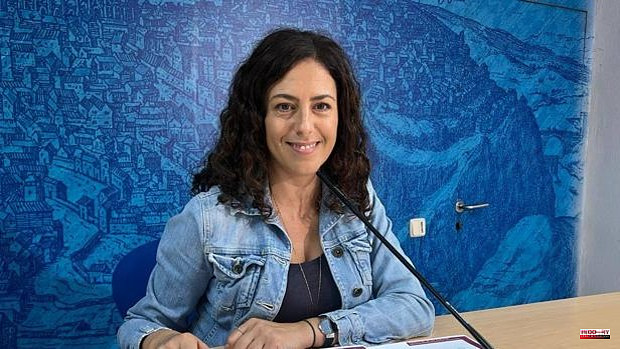 The Toledo City Council has awarded the renovation works of the Palomarejos Civic Center for an amount of 125,696.70 euros (VAT included) to the company Arenas Jiménez Diseño SL in the last Local Government Meeting that took place last Wednesday.

As reported today by the spokesperson for the Local Government, Noelia de la Cruz, these works are aimed at improving the building's energy efficiency by replacing all the exterior carpentry and building an elevator on the southwest façade, at the entrance to the building, which vertically communicates the two floors of the building and the basement. In addition, the central room will be adapted for the use of the Toy Library, providing it with separate toilets from the general ones in the center. The execution period is expected to be six months, although the City Council will first assess the start of the works with the neighborhood association.

On the other hand, the spokeswoman has informed of other matters such as the award of the works for the installation of a pumptrack circuit in Valparaíso to the company Pumptrack Parks SL for an amount of 108,887.90 euros and an execution period of 3 months.

In addition, the company Cultura Rock Mangement SL has been awarded the performance of the M-Clan concert on July 2 within the framework of the Polígono Festivities for an amount of 30,250 euros (VAT included). In the contracting area, the City Council has awarded commercial premises number 4 of the Bus Station for a period of eight years and an occupancy price of 364.20 euros per month.

And the municipal urban summer camps will have the company MyEvent4U SL. for its development after the classification of offers. The “Toledo Concilia” camp will be held from June 22 to 30 and the Vive la Ciencia camp from July 1 to August 12 in three shifts. The base budget for the tender is 104,476 euros (VAT included).

Finally, the classification of bidders to the Podiatry Service of the Polígono and «Ángel Rosa» centers for the elderly in Santa Bárbara has been accepted. In the case of the Polígono, the most advantageous offer for municipal interests has been presented by Iván Hernández; while Alberto Tabasco has presented the best offer for Santa Bárbara. The base bidding budget for both lots is 80,000 euros (VAT exempt).

1 They develop a new intelligent parapet that warns... 2 One of the 10 most wanted fugitives arrested: a moonlighter... 3 Israeli PM Bennett snaps UAE visit amid standoff Iran... 4 The ECB will end its asset purchases in July and anticipates... 5 Brazil sends helicopters in search of 2 missing Amazonian... 6 Young people will not be able to spend the cultural... 7 10 killed, 3 missing in central China flooding 8 Investigated a 50-year-old woman for driving at night... 9 Vila-seca crime: 18 years in prison for stabbing to... 10 During crisis, Sri Lanka's president's brother... 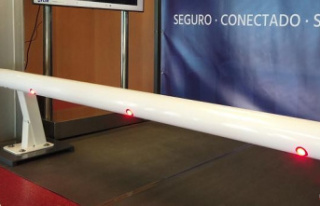 They develop a new intelligent parapet that warns...