Mónica Oltra, on the request for imputation of the Prosecutor's Office: "At the moment there is only one press release"

The vice president of the Generalitat Valenciana and Minister of Equality and Inclusive Policies, Mónica Oltra, has not yet had evidence, through official channels, of the favorable ruling on her imputation by the Prosecutor's Office in the judicial case that investigates the management made by the department between 2016 and 2017, about the sexual abuse of her ex-husband to a minor under guardianship. 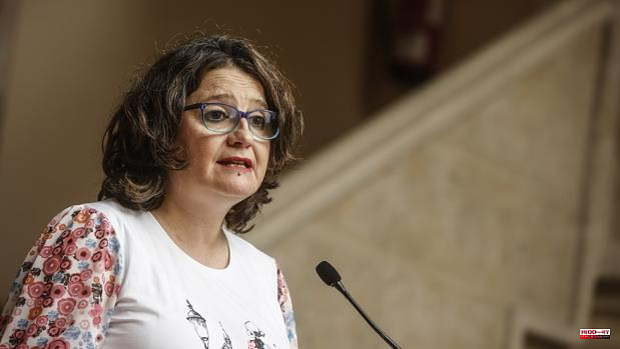 The vice president of the Generalitat Valenciana and Minister of Equality and Inclusive Policies, Mónica Oltra, has not yet had evidence, through official channels, of the favorable ruling on her imputation by the Prosecutor's Office in the judicial case that investigates the management made by the department between 2016 and 2017, about the sexual abuse of her ex-husband to a minor under guardianship.

This was stated this Tuesday at a press conference after being asked about the request of the Public Ministry to the Civil and Criminal Chamber of the Superior Court of Justice of the Valencian Community, so that "as many procedures as necessary are carried out to complete the investigation of the facts and the determination of the degree of participation of the appraised person", when finding "relevant indications".

"I do not deserve any opinion, because we do not have any paper and I do not comment on the press releases of the Prosecutor's Office," said Oltra, referring to the statement sent to the media by the public accusation last Friday. The leader of Compromís has pointed out that the matter is in the hands of her lawyers-she is listed in the case as "interested"-but, "at this time I have not had access" to that document. “At the moment, there is only one press release”, she has influenced, and “I am not going to make disquisitions” about her.

The Public Ministry has assumed the thesis of the head of the Court of Instruction number 15 of Valencia who, in an extensive reasoned statement to the TSJ, requested the imputation of the spokesperson for the Government of Ximo Puig upon finding "rational, serious and well-founded indications" of his participation in the alleged helplessness of the victim, a 14-year-old girl who lived in a center for minors in Valencia. The aggressor, Luis Ramírez Icardi, an educator at the residence, was sentenced to five years in prison and is awaiting resolution of his appeal before the Supreme Court.

The opposition has redoubled its criticism against the consellera this Thursday during the control session of the Consell in the Valencian Courts, accusing her of lying about this matter, since in the brief of allegations presented by her defense the change of version on the opening of the "parallel" investigation, according to the investigating judge, to the judicial one by Equality to discredit the girl.

First, Oltra asserted that she was the one who ordered an investigation into what had happened to the minor and what had gone wrong so that the case had not reached the Prosecutor's Office until half a year after the victim reported what had happened. A few weeks later, after the appearance of the accused subordinates who signed the beginning of that file, she recanted and affirmed that her words sought to protect the workers from the attacks of the extreme right.

This is also reflected in her allegations before the TSJ to avoid her appearance before the three magistrates who must decide, in the coming days, whether to impute her or not and whether or not to assume the entire case, which already has thirteen defendants between charges and Ministry officials.

Questioned about this, Oltra has stressed that it is an issue that she has explained "a thousand times" and that she will not repeat so as not to "bore people more." "It's all in the newspaper archives and in the session diaries," she has settled.

1 Greece: An appeal court reverses Iran tanker seizure... 2 The Generalitat will not prioritize Catalan in selectivity 3 Hidraqua and the UA promote a series of conferences... 4 Intellectually disabled people will do internships... 5 Cases of monkeypox in Madrid rise to 275 after adding... 6 The Diputación de Salamanca promotes the Camino de... 7 The reform of the civic center of Palomarejos is awarded... 8 They develop a new intelligent parapet that warns... 9 One of the 10 most wanted fugitives arrested: a moonlighter... 10 Israeli PM Bennett snaps UAE visit amid standoff Iran... 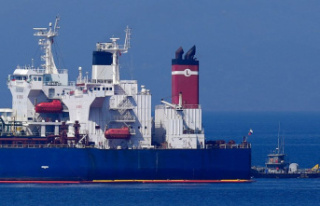