The Generalitat will not prioritize Catalan in selectivity

The Interuniversity Council of Catalonia, which reports to the Department of Research and Universities headed by Gemma Geis, has sent the instructions for selectivity to the students who take the University Entrance Examinations (PAU) this month, including It includes, for the first time, that applicants will not have to state in public in which language they want to receive the exams. 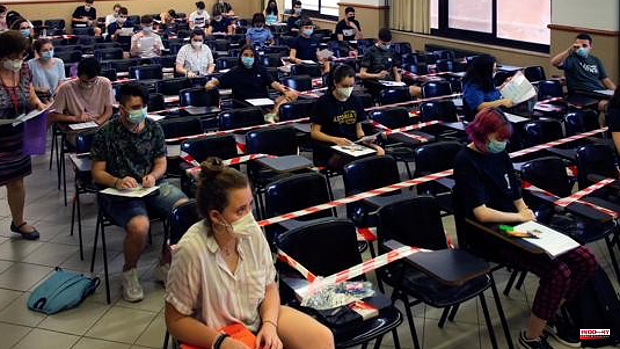 The Interuniversity Council of Catalonia, which reports to the Department of Research and Universities headed by Gemma Geis, has sent the instructions for selectivity to the students who take the University Entrance Examinations (PAU) this month, including It includes, for the first time, that applicants will not have to state in public in which language they want to receive the exams.

On the 14th, 15th and 16th of June, Catalan students who have finished their 2nd year of Baccalaureate face the selectivity test, which will give them access to university. Starting with this course, they will be able to take the exams in any of the official languages ​​of Catalonia, Spanish, Catalan and Aranese, according to their preferences and without asking for it publicly, just by marking it on an anonymous form.

Until now, those who wanted to do it in Spanish, since the exams were distributed only in Catalan, had to raise their hands and, in addition to appearing as an incident for the teacher, the students had less time than the rest of their classmates to take the test. , since sometimes the copies of the exams in Spanish were not available to distribute at that very moment.

The change of the Generalitat is due to the fact that last year, for the 2021 PAUs, the Assembly for a Bilingual School (AEB) won the regional administration in court, which the entity accused of violating the fundamental rights of the students for not distributing the selectivity tests in all the official languages ​​and prioritizing Catalan, which meant a reduction for the students who wanted to take the test in Spanish or Aranese.

The Superior Court of Justice of Catalonia (TSJC) agreed with the AEB, which even determined its legitimacy to challenge linguistic matters, and ordered the Generalitat not to determine the language of the students. “The choice of the language of the exam statements cannot be determined by the administration and, instead, the exams must be available in the three co-official languages,” the judges pointed out.

In this way, Counselor Geis, despite the fact that in recent weeks she has stated that the selectivity system for 2022 will not change, has given instructions to adapt it to the demands of Justice. As stated in the 29 instructions to this year's students, consulted by ABC, applicants will fill out an "anonymous form" at the beginning of each test "about the language of reception of the exam statements."

This form, of which the student will keep a copy and leave it on the table where they take the exam, will be collected by the members of the classroom, who in turn will distribute the tests according to linguistic demand. In addition, also for the first time, the instructions of the Generalitat include the possibility of a practice that was already being carried out, such as the possibility that the answers (except in linguistic and literature subjects) be in an official language other than that of The statements.

Now it remains to be seen the instructions that the Department of Research and Universities sends to the courts, which cannot be contrary to those that it has transmitted to the students. In this sense, Ana Losada, president of the AEB, has told this newspaper that her association is "alert" and "prepared" to "verify, on selectivity days, that the instructions are followed." And she has added: "If we see that any court does not comply, we will report to the courts, immediately."

1 Hidraqua and the UA promote a series of conferences... 2 Intellectually disabled people will do internships... 3 Cases of monkeypox in Madrid rise to 275 after adding... 4 The Diputación de Salamanca promotes the Camino de... 5 The reform of the civic center of Palomarejos is awarded... 6 They develop a new intelligent parapet that warns... 7 One of the 10 most wanted fugitives arrested: a moonlighter... 8 Israeli PM Bennett snaps UAE visit amid standoff Iran... 9 The ECB will end its asset purchases in July and anticipates... 10 Brazil sends helicopters in search of 2 missing Amazonian... 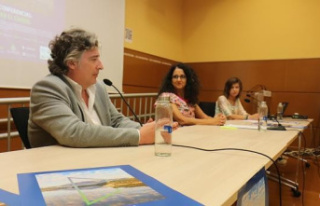 Hidraqua and the UA promote a series of conferences...