Haughtiness comes before the event. 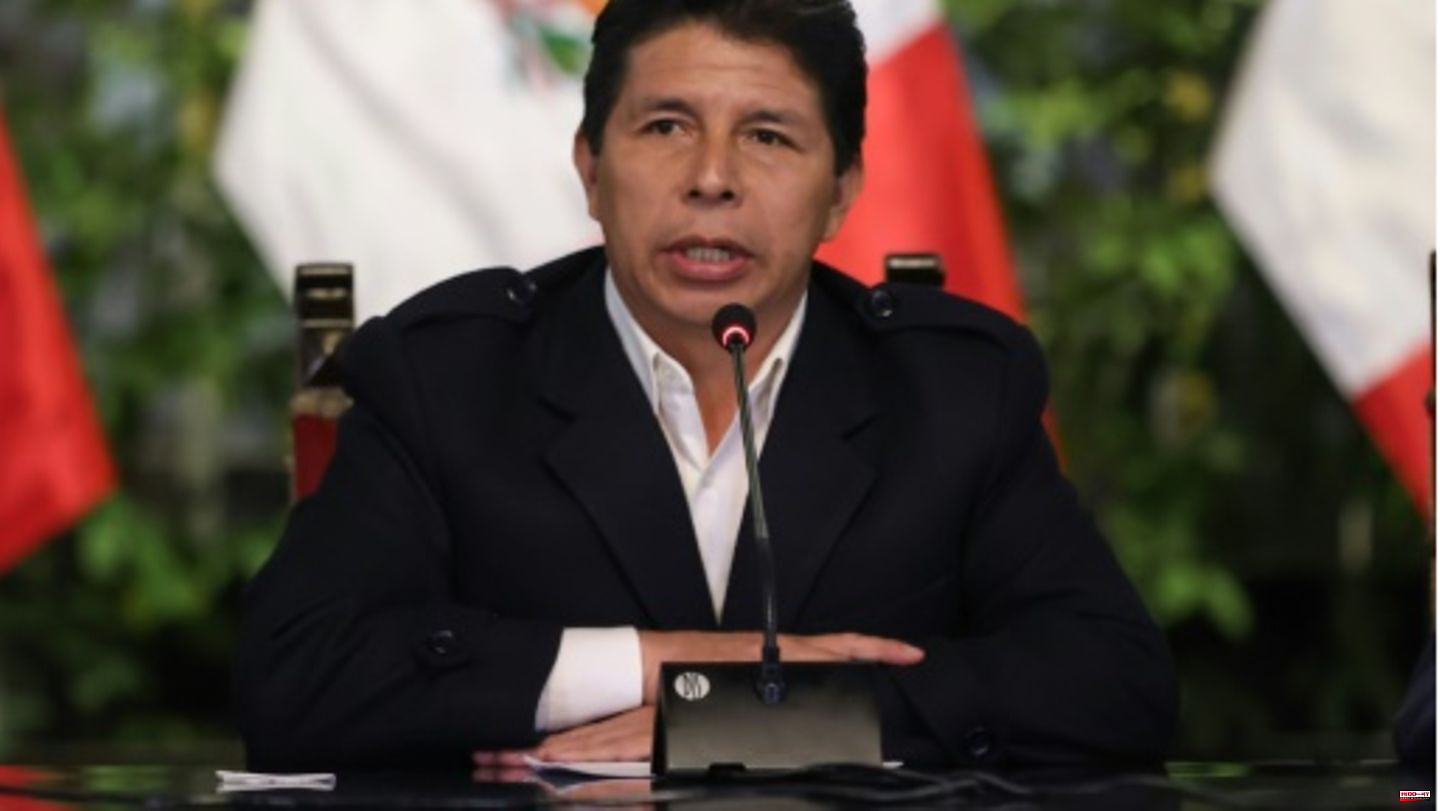 Haughtiness comes before the event. A hackneyed saying. But one that fits Peru's President Pedro Castillo. Whereby: ex-president is now his correct form of address. From hero to zero - in just a few hours. He has now been removed from office and has been arrested by security authorities. How could it come to this?

Peru has been a troubled country politically for years. Pedro Castillo, the former teacher from an impoverished district high in the Andes and a centre-left political neophyte, enters the Peruvian political battlefield in 2021 when he wins the June runoff election by just 44,000 votes. The South American country thus has its sixth president in six years.

From the start, Castillo's presidency appears to be short-lived, Flavia Freidenberg, a political scientist at the National Autonomous University of Mexico, told the Associated Press (AP). Castillo has little support, no political party. Because of various allegations and differences of opinion, important ministers repeatedly vacate their posts.

"He didn't unite the country," said Eric Farnsworth, vice president of the AP's Council of the Americas. "He had little mandate and therefore did not engage in policies that could easily be seen as benefiting the majority of the people," Farnsworth said. "Instead, he became embroiled in intrigue, corruption and infighting with Congress."

A whole series of investigations into allegations of corruption and plagiarism are under way against the 53-year-old.

The first attempt to remove Castillo from office was made in December last year. Two-thirds of the 130 MPs must vote to remove the President. But only 46 votes for it.

Then, in March of this year, attempt number two: Congress tried to charge Castillo with "permanent moral incompetence". The attempt fails again, this time with only 55 yes votes.

On Wednesday, Peru is preparing for a third vote on impeachment. Perhaps Castillo fears there will be enough votes to oust him this time.

That night, in an unusual speech on state television, the President says that a certain section of Congress is targeting him and that he is paying for mistakes he made because of his inexperience.

Then, just a few hours later in the morning, Castillo addresses the nation again on state television and announces the dissolution of Congress. He wants parliamentary elections to be held and the constitution to be rewritten.

He himself wants to set up an emergency government and govern by decree. "Congress destroyed the rule of law, democracy and the balance between state powers," says Castillo. He also announced a nationwide nighttime curfew.

Politicians from the government camp and the opposition see Castillo's move as a coup d'état. The police and armed forces warn him that the path he has taken is unconstitutional. Apparently the President made a mistake.

According to surveys, Congress, which is considered thoroughly corrupt, is still significantly less popular than the government. But the head of state is going too far with his showdown: numerous cabinet members are turning their backs on him, most notably Vice President Dina Boluarte. "I reject Pedro Castillo's decision to dissolve the Congress to bring about the collapse of the constitutional order. This is a coup that deepens the political and institutional crisis that Peruvian society must overcome in strict compliance with the law," she writes on twitter.

Amid criticism from all sides, MPs gather ahead of schedule to debate the impeachment motion.

By a large majority, Congress then impeached Castillo for "permanent moral ineptness." 101 MPs finally voted for impeachment, six against and ten abstained. Castillo probably has himself to blame for the clear vote with his showdown.

After Castillo was ousted by parliament, Boluarte will be sworn in as the new president at 3 p.m. local time. "I am aware of the enormous responsibility that lies ahead of me and I call for the unity of all Peruvians," said the 60-year-old lawyer in her inaugural address to Congress. "I call for a broad dialogue between all political forces." Boluarte is the first woman to head the state in the history of the South American country.

After the MPs have voted, Castillo leaves the presidential palace accompanied by a bodyguard and goes to the police headquarters in Lima. He is finally arrested in the center of the capital. The public prosecutor accuses him of an attack on the constitutional order of the country. The Attorney General announced that he was being investigated for rebellion. "He's been arrested," said prosecutor Marita Barreto, who is responsible for investigating government corruption, in the evening after a day of tumultuous events.

There are some small street protests, according to the Reuters news agency. In Lima, dozens of people waving Peruvian flags cheer Castillo's fall, while elsewhere in the capital and in the city of Arequipa his supporters are demonstrating. Occasionally there are clashes with the police. One carries a sign that reads: "Pedro, the people are with you."

Peru's constitution allows for impeachment proceedings against a president based on a presumption of political rather than legal wrongdoing. As a result, impeachments are now almost the norm in the country. Castillo is the third president since 2018 to be ousted under the constitution's "moral incompetence" clause.

The left-wing politician has always denied all allegations made against him. The last attempted method of dissolving parliament was Alberto Fujimori, then President, more than 30 years ago in April 1992. This is one of the reasons why Fujimori was often referred to as a dictator.

"Castillo's decision to dissolve Congress (...) is proof of the president's weakness and his lack of political strategy," Peruvian political scientist Andrea Moncada explains in the Americas Quarterly magazine. "It's clear Castillo thought he could avoid impeachment this way, but it was an impulsive, ill-considered decision."

Her colleague Flavia Freidenberg describes Boluarte's swearing in as a hopeful sign. "It is a unique opportunity to show Peruvians the skills of women in a country that is chauvinistic, misogynist and discriminatory and where women have had so many difficulties gaining access to government."

But Boluarte also takes office with a weak mandate and without a party.

"It has to start governing in a way that reaches out to political opponents while trying to assemble a coalition of supporters," says Farnsworth of the Council of the Americas. "To have a government that works, you need a coalition big enough to push policy and MPs to back you."

In the first days of her term, Boluarte will have to deal with her ousted predecessor. Whether to bring Castillo to justice or allow him to seek asylum in another country is now in the hands of a woman.

1 Climate protest: runway at Munich airport temporarily... 2 Usher Syndrome: The world is getting dark and quiet:... 3 Berlin: "Bääm, there's the thing":... 4 Netflix documentary: Harry and Meghan sell off the... 5 Research: Travel and party on an iceberg: The "Polarstern"... 6 This is how Barça plans: sports director Cruyff on... 7 Qatar 2022: Infantino raves about the best preliminary... 8 Prince Harry reveals how he met Meghan 9 Celine Dion: Singer is terminally ill 10 Actor and photographer: Hansi Kraus robbed - photos... 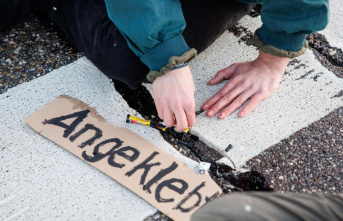