Rocío Márquez and Bronquio: «In flamenco there is room for everything from the most orthodox to the most contemporary» 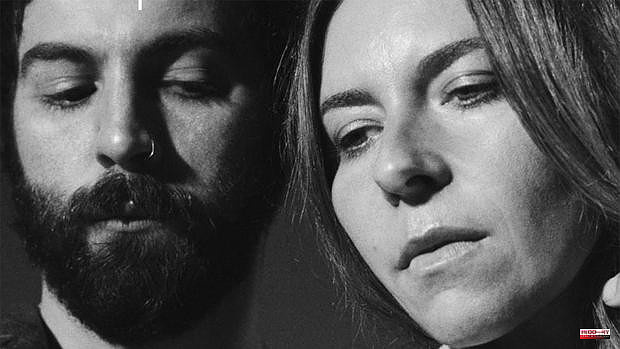 'Tercer Cielo' (Universal, 2022) is the sixth album by Huelva-born cantaora Rocío Márquez. A project in which she joins the electronic music producer Bronquio to explore their respective musical universes on a journey that goes from the known to the unknown and from tradition to modernity. The result is an eminently personal language that transcends genres to continue expanding flamenco in the 21st century.

The origin of the album is a remix of a rondeña by Moreno Galván.

Bronchus: That's right. Rocío on her previous album “Visto en el thursday” had a rondeña, They started the forties, written by Francisco Moreno Galván, of which they asked me to do a remix. And when I finished it we liked the result so much that it occurred to us to see each other to see if it had been something casual or if we could really do something a little more ambitious.

And for a while we were meeting without any pretense until we realized how fruitful those meetings were being. And there we already decided that it had to be shaped.

Rocío Márquez: We normally met at my house and did artistic residencies, an activity that I have become a great fan of since this project. Because of course, it has nothing to do with spending days on the loose to rehearse than locking yourself up for a whole week. I think that an important level of depth is reached and that greatly enriches the project and clarifies quite a bit the lines of where it can be thrown.

You take the classic styles of flamenco to a new sound.

Bronquio: The album is a review of well-known and less well-known styles of flamenco and folklore through the tools that we know how to control today. And by using these tools, the sounds that have emerged are more contemporary and with which many of us, at a generational level, feel identified.

Rocío Márquez: Tercer Cielo comes to be not only a state of mind but also an unknown area in which possibilities suddenly multiply. It is a box of surprises in which there is also the sometimes desperate search for previous moments of crisis. In this process, a self-denial and a disidentification have been necessary to really be able to reach an encounter that was not a "cut and paste". And I'm happy because on this album that has happened. We were clear that if something came out of the meetings and in the end this ended up being an album, we wanted that to be the proposal. That's why we didn't set a delivery date, but we told ourselves “let's get together and if something comes up organically, welcome”. That pretty much sums up the core of what the project is.

How has the creative process of Tercer Cielo been?

Bronchio: The starting points were many and very diverse. One of them was for Rocío to do a cante and for me to later add an electronic base to it, from there, to develop it. Other times she would present him with some dalliances that she had had with flamenco and between the two of us we reconstructed and reformulated them. We also took the computer and, for pure pleasure, we taught each other things. Of course, I taught her music that was more linked to the lands that I usually frequent and she showed me styles with which she has grown up, such as, for example, the aguilandos, the verdiales, ..., styles that sounded distant to me or that directly knew, like the eagles. And from this sharing, in addition to training us musically in the partner's cultures, many ideas also came out. The process has been polyhedral. The lyrics also have a fundamental role on the album.

Rocío: Emilio Rodríguez Cascajosa and Juan Diego Martín Cabeza have been conceptualizing all the work we were doing so that it made sense. Thus, the same you find poems from books that we had on the table, such as those of Antonio Manuel or Luis García Montero, as we did commissions to Macky Chuca or Carmen Camacho. Or suddenly we would adapt Lorca's speech from 1922 or we would decompose a soleá lyric that I had previously written (“Worse than loneliness is having you face to face and not having anything to talk about”) and that we ended up converting into a song format. And there Juan Diego had the magnificent vision of proposing to Carmen Camacho that she smooth down the edges and make everything have a backbone, just as it happens with the musical part, so that they would shake hands and make sense. As for my lyrics, each word has been chosen precisely because I needed to sing them. Normally I try to pay enough attention to the literary part because it fills me and gives meaning to the project. And in this work I think that all the journey we have made is perfectly reflected.

Could this work be one of the paths along which flamenco travels in the future?

Bronchus: Time will tell. We don't know if it will somehow belong to a generational change in flamenco culture or if it will simply be a pretty curiosity that emerged in 2022. And we're not worried either.

Rocío: Many very interesting proposals are being made that go in this direction and it is true that we have not done it with any pretension beyond covering our own artistic needs. From then on, when you do something, you have to first be honest and then share it and understand that it is no longer your own. I believe that the future of flamenco is going to continue to be as diverse as it is now and that it will be updated with all the resources that the present moment is giving away. I defend that vision a lot and there is room for everything from the most orthodox proposal to the most contemporary. That is what enriches art.

1 The Pilgrim Fair returns in style 2 The ninth CaixaForum in Spain is now a reality: Valencia... 3 The premiere of 'Lightyear', between controversies... 4 'Las supplicantes', a story of dignity that... 5 The Canary Islands continue to climb with 2,493 new... 6 The shocking image of a civil guard who plays it to... 7 Full house in the first summer camp of the Sports... 8 The incidence of Covid to fourteen days grows 17%... 9 The former CiU senator and former regional deputy... 10 Dismantled a plot of false housing rentals after a... 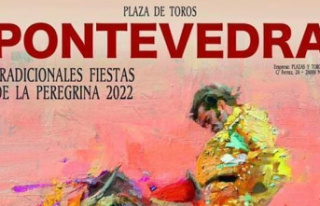