Some agents of the Civil Guard have put out a forest fire with a high risk of suffering injuries and burns in Enguera (Valencia) to prevent its flames from reaching the thickness of a forest mass. 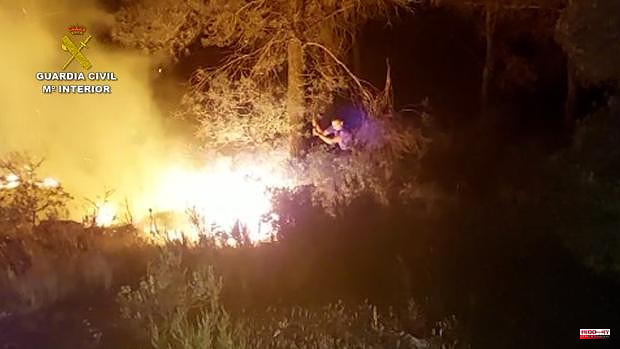 Some agents of the Civil Guard have put out a forest fire with a high risk of suffering injuries and burns in Enguera (Valencia) to prevent its flames from reaching the thickness of a forest mass.

As explained by the Benemérita in a statement, the guards, who were on duty on the CV-590 between Ayora and Enguera at dawn, saw some flames at dawn and went immediately while notifying the Emergency services.

The proximity of the fire that could have caused the rapid expansion of the fire led one of the guards to even use a branch as a 'fire boot' to put out the fire, "putting his integrity at risk and acting with great determination and courage", The Civil Guard has highlighted.

Meanwhile, his partner managed to mobilize all the necessary resources to secure the place.

The guard's action allowed the flames to be completely extinguished before ADENE's firefighters and volunteers arrived at the scene. These operatives were in charge of cooling the ground to prevent the flames from reactivating.

Finally, some 200 square meters of forest mass and high mountains were burned. Proceedings are currently being instituted for these events, which are being investigated.

1 Full house in the first summer camp of the Sports... 2 The incidence of Covid to fourteen days grows 17%... 3 The former CiU senator and former regional deputy... 4 Dismantled a plot of false housing rentals after a... 5 The Valladolid Provincial Council approves a three... 6 Mazón: "The fight for respect for diversity... 7 The battered Tagus faces a new transfer of 16 hm3,... 8 NATO Summit: the anti-system challenge the State and... 9 Those hospitalized for covid in Castilla-La Mancha... 10 Two arrested for sexual abuse on the night of San... 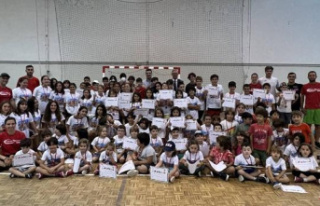 Full house in the first summer camp of the Sports...