Euripides and Aeschylus, two of the great names of Greek tragedy, barely fifty years apart wrote a play with the same title, 'The Supplicants', based on the myth of the Danaides, the fifty daughters of Danao, who came to Argos fleeing from the fifty sons of King Egypt. 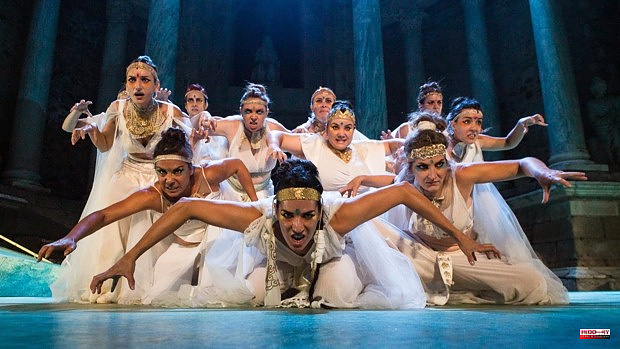 Euripides and Aeschylus, two of the great names of Greek tragedy, barely fifty years apart wrote a play with the same title, 'The Supplicants', based on the myth of the Danaides, the fifty daughters of Danao, who came to Argos fleeing from the fifty sons of King Egypt. Twenty-five centuries later, the Sevillian playwright -although based in Extremadura- Silvia Zarco has brought them back to life in a play, titled the same way, premiered at the last Mérida Classical Theater Festival and which now arrives at the Reina Victoria theater (from 22 to June 26). Eva Romero directs a cast that includes María Garralón, David Gutiérrez, Carolina Rocha, Cándido Gómez, Rubén Lanchazo, Maite Vallecillo, Laura Moreira, Nuria Cuadrado, Eduardo Cervera and Javier Herrera, with singer Celia Romero and the voice of Luisa Gavasa as the goddess Ceres.

«In these pandemic times -explains the author-, we began to dive among the Greek classics in search of stories of care, collective responsibility, human rights, dignified farewells. And we find two tragedies from the 5th century BC: 'The suppliants', by Euripides, and 'The supplicants', by Aeschylus. They shared the same title and flowed from them the same force. They spoke of grandmothers, mothers and daughters pampering life together, claiming rights that should have been innate and not acquired justice. Its protagonists were two groups of women who, in situations of anguish, resolved conflicts as human as the right to one's own body, the right to asylum and the right to give the dead a dignified farewell. With them were men in love with just causes, men with free lips and pure eyes. There was no doubt. Both tragedies were the goal of our search.

The city of Argos is the common denominator of the two versions, that of Euripides and that of Aeschylus, which have been fused in Zarco's work, where the number of Danaides has been reduced to eleven (fifty according to the original legend). Aeschylus's text "shows young women from Egypt who, guided by their father, escape from a forced marriage with their cousins, throw themselves into the sea and reach the shores of Greece begging for freedom and asylum. Euripides's 'The Suppliants' staged ancient Greek mothers who, under the ritual of supplication, claim the bodies of their children killed in war and whom Theseus, king of Athens, helps in their search.

«Our dramatic proposal for the fusion of texts -says Eva Romero, the director- weaves together in a constellation of hope and rebellion the historical struggles of oppressed women and the sensitive men who accompany them. There comes through the air an echo of women, who have been riding since ancient times: it is the whisper of freedom. It is the cry of dignity. They are the women sowing seeds, plowing the road, clearing the paths for the girls who will come».

1 The Canary Islands continue to climb with 2,493 new... 2 The shocking image of a civil guard who plays it to... 3 Full house in the first summer camp of the Sports... 4 The incidence of Covid to fourteen days grows 17%... 5 The former CiU senator and former regional deputy... 6 Dismantled a plot of false housing rentals after a... 7 The Valladolid Provincial Council approves a three... 8 Mazón: "The fight for respect for diversity... 9 The battered Tagus faces a new transfer of 16 hm3,... 10 NATO Summit: the anti-system challenge the State and... 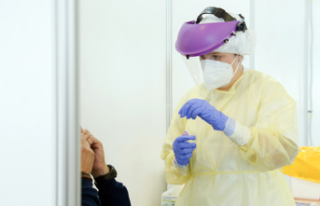 The Canary Islands continue to climb with 2,493 new...