If you are going to visit Asturias to eat only fabada and cachopo, it is better that you know these places before

The synecdoche is that rhetorical figure that serves to designate the part for the whole. 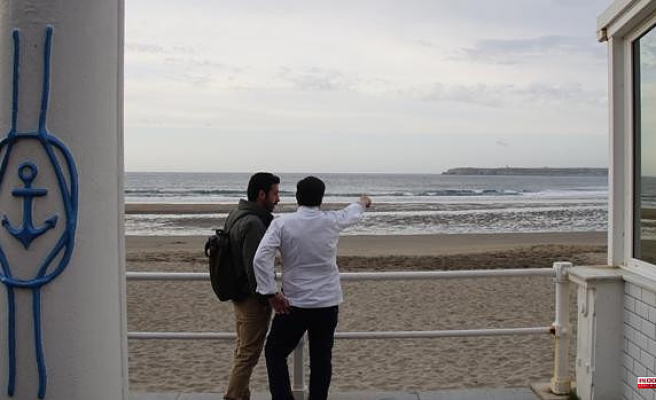 The synecdoche is that rhetorical figure that serves to designate the part for the whole. A literary trope that has its gastronomic reflection in recipes that define -at least in the popular ideology- an entire territory. One of the most obvious is that of the fabada in Asturias. It is also probably one of the most unfair. And not because of the dish in question, an example of that traditional and respected stew cuisine, but because of everything that is left out in a place as vast and diverse as the Principality.

Asturias is experiencing a good gastronomic moment in terms of promotion, with public and private initiatives -from the institutional campaign 'Landscape Cuisine' to the holding of congresses such as 'Féminas', organized by Vocento- that have put the spotlight on it to get out of the jack, the knight and the king in the game he plays on the national scene.

Cider, Cabrales or Cachopo are other synecdoches that a visit with an open mind and palate will dismantle on an exciting journey through its interior, the eastern and western coasts.

Areas of marked contrasts in landscape and also in cuisine, whose variety is defended by Michelin chefs such as Pedro and Marcos Morán in Prendes, father and son at the helm of Casa Gerardo, a restaurant founded in 1882 and which, by the way, has led to the the tradition with its fabada or its rice with milk -but among many other dishes-. Also the brothers Nacho and Esther Manzano with Casa Marcial, the two Asturian stars in Arriondas. Or Isaac Loya in the Real Balneario de Salinas, heir to the legacy that his father Miguel set up in 1991 in this temple of fish.

All of them have recently participated in another of the public-private collaborations -in this case with the help of the Michelin Spain and Portugal Guide- to spread the wealth of Asturian gastronomy with three routes that have explored its link with the sea and the mountains, the mount and the mine and the flavors of the Bay of Biscay at the hands of three guest chefs: Pedrito Sánchez, Ricard Camarena and Iván Cerdeño.

The stories they represent are those of a land that forges pride and a feeling of belonging that they also transmit on the plate. And before, in the raw materials that come from fishing, agriculture and livestock that feed their pantries and give muscle to a key activity for this autonomous community.

For example, the select fish that daily arrive at the Rula de Avilés and that aspire to bear their surname as a sign of distinction - this is how its manager, Ramón Álvarez, explains it to ABC - wherever they are sold: Madrid or Castilla y León, but also Basque Country or Catalonia. And before they reach the fish market, with products that, like Fran Juncal, supplier of Loya, are brought directly from the sea, risking their lives, such as the barnacle from Cabo de Peñas. «To the sea you have to come with love and respect. If not, it is better not to dedicate yourself to this », he assures.

They also live from the sea in the last natural cetárea of ​​Asturias, in Luarca. Adán Pérez manages Cetárea Sport, a nursery excavated in the same rock that floods the Bay of Biscay and which, since 1905, has been storing the best shellfish live. An unknown example of sustainability called to be protected as cultural heritage but which, however, has an expiration date: 75 years of concession. "I don't think he will survive," he admits to the "lack of sensitivity" of the Coastal Law with this type of activity.

With nothing more than seawater and the work of man, huge spider crabs, edible crabs, bugres -lobsters-, lobsters or crabs from here or from other parts of the world are stored live, keeping their quality intact, growing and making possible the miracle of fresh seafood even when the sea prevents it. "We can store up to 30,000 kilos," says Adan.

Love and respect are concepts shared on land by those who decided to bet again on the vine in southwestern Asturias, where there was no cider tradition. Some 15 years of work have made it possible to save the black and white albarín or the carrasquín, whose origins date back more than a millennium, from disappearing. Just over 50 hectares -of the historical five thousand that the area housed- give life to the only Asturian Designation of Origin: Cangas (del Narcea), to which winegrowers such as Carmen Martínez and her Las Danzas winery, in Mestas, belong.

A wine-producing enclave, which well meets the characteristics to be defined as heroic, called to become a "little Burgundy", as Benjamín Lana, general director of Vocento Gastronomy, defined it a few weeks ago in 'Féminas'. Its wines already enjoy the support of gastronomy in emblematic places such as the White Bar, in Cangas del Narcea itself, and where chef Pepe Ron defends -"giving a 'vueltina'", in his words- the legacy of guisanderas that, like their mother Engracia, they have made the cuisine of this land great.

Cooks such as Mayte Álvarez or Mayte Menéndez, from Casa Lula, in Tineo, who are part of the Club de Guisanderas de Asturias and in whose restaurant they also praise key traditional dishes -especially in their area- such as pot of cabbage or 'chosco ', a local smoked pork head and tongue sausage. In addition to pote, in La Allandesa, they continue to make other dishes linked to tradition and not as well known as stuffed cabbage. Other recipes deserve special mention, such as the verdinas with crabs that are cooked in the Palacio de Merás.

Also Guisandera, self-taught and respected among her colleagues, is María Antonia Fernández, who takes the western coast of Puerto de Vega and the surrounding orchard to her Mesón El Centro -Bib Gourmand in the Michelin Guide-. Her menu also highlights Asturian products such as the oyster from the Eo estuary, which is struggling to gain a foothold against the Galician flat.

But if there is an overwhelming example of diversity on this earth, it is in cheese. Aitor Vega has spent two decades dismantling the idea that this product -and, specifically, the Cabrales- is only a 'souvenir' with which to return from Asturias. Rey Silo, 'gamonéu' -from the port and the valley-, casin, 'Afuega'l pitu'... His tables command attention wherever his services are required -he also manages the online store 250 Grams of Cheese, with more than 2,000 national and international varieties-.

In addition to being a cheesemaker, Vega is a great promoter: "I enjoy telling the stories behind each cheese," he explains to ABC. For example, that of young producers who make possible jewels full of romanticism such as the 'gamonéu del puertu', in Picos de Europa. José Luis Alonso is one of them and he will spend this summer working non-stop in his cabin, in the Gumartini sheepfold.

Young people who are committed to their land and who want to be prophets in it by doing what they know best, like Alan García and Rosalía Álvarez, a married couple leading a team of pastry chefs and ice cream makers who are in their thirties in Le Llamber –Cangas del Narcea– , a temple of sweets and ice cream that coexists with the Manín family bakery. Alán will give his town proclamation in July and he feels very proud to grow up and participate in society in the place where he was born.

Or Jonathan González who worked with maestro Julio Blanco in Pomme Sucre, Gijón, when he decided to return to put down roots in his grandparents' house, in Busto. "I started making muffins, 'bollinos preñaos' and bread with my uncle", he tells about the beginnings of a pastry shop –Cabo Busto– in which the territory translates into nuances: apple, hazelnut, Asturian cheeses or rice pudding, but also Canarian gofio, coconut, pineapple... There is no geographical limit to creativity.

1 A judge indefinitely prohibits bullfights in Plaza... 2 Mexico City bullfighting ban extended indefinitely... 3 The US affirms that the 250 Honduran workers that... 4 Patchwork to fix the world 5 North Korean leader reiterates his support for arms... 6 Zelensky: "You don't need experience to... 7 Ten keys to understand the French legislative elections 8 Discomfort among diplomats for not foreseeing a crisis... 9 Feijóo rectifies Casado by requesting an express... 10 Calviño does not respond to the PP for the files... 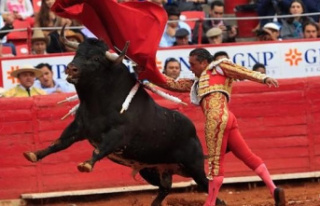