The legislative elections on June 12 and 19 are going to profoundly change the French political landscape, which is entering an area of ​​turbulence, agitation and tension between the President of France, Emmanuel Macron, and the populist extreme left and extreme right , the new majority forces. 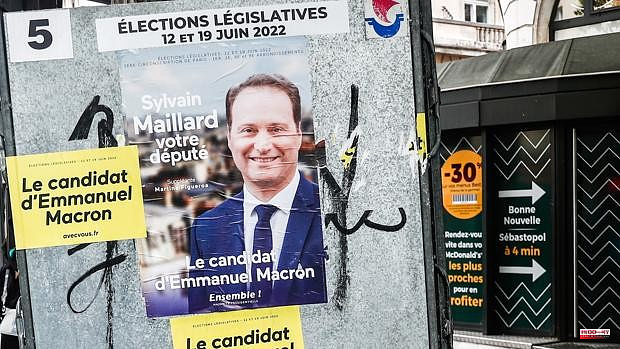 The legislative elections on June 12 and 19 are going to profoundly change the French political landscape, which is entering an area of ​​turbulence, agitation and tension between the President of France, Emmanuel Macron, and the populist extreme left and extreme right , the new majority forces. Ten basic points to try to understand this national political via crucis, with many European fringes:

1. The political/institutional matrix of the French regime, the Fifth Republic, is the election of the president, who has exceptional powers, the largest among all Western democracies. He can even rule by decree.

2. Once the president / head of state is elected, the legislative elections, in two rounds, elect the National Assembly (AN), the first chamber of the French parliament.

It is traditional for elections to be won by the president's party. This has always happened since 1958, except on three occasions, in 1986, 1993 and 1997, when Presidents Mitterrand and Chirac had to govern with political majorities of a different political persuasion. This year, the polls announce a big, medium or small victory for Macron's party: but the president will have to govern with a very strong opposition from the extreme left and extreme right.

3. The PS and the Republicans (LR), heirs to the parties that governed France since 1958, have collapsed: and they only aspire to keep small and modest parliamentary groups. This is a far-reaching political change.

4. The New Popular Ecological and Social Union (Nupes) is the coalition that dominates the new political landscape of the French left, led by La Francia Insumisa (LFI), the party of Jean-Luc Mélenchon (extreme populist left), which has relegated the PS and the PCF to a modest background, as very minority parties. He aspires to a "total victory" that the polls do not announce. It is the new face of the majority left, anti-European, anti-Anthlantist.

5. National Grouping (AN), Marine Le Pen's party, can enter the National Assembly (AN) for the second time. Emblematic event, with an anti-European, anti-Atlantic, populist and popular program. French workers have voted overwhelmingly for the extreme right for several decades. Reconquista, Éric Zemmour's extreme right-wing group, has been left in the background, without popular implantation of any kind.

6. Emmanuel Macron decided to change the name of his party. The Republic on the Move (LREM), the party with which it conquered power, is now called Renaissance, which will be able to count on the parliamentary support of various center, right-wing and very ultra pale pink socialist groups. During the first Macronian mandate, LREM had the absolute parliamentary majority. The polls announce a clear or relative Renaissance victory, with an underlying problem. The president's men do not have a local, regional and national implantation, when social tensions can worsen.

7. Macron announced a new golden rule: ministers who stand for deputies and are not elected must resign. Foreseeable change of government, in perspective.

8. Once the new National Assembly has been elected, the president must choose his prime minister and head of government. No law dictates or imposes a clear rule. The political evidence dictates that the president name a member of the majority parliamentary group as prime minister. Jean-Luc Mélenchon, leader of the LFI, has declared that Macron should appoint him head of government… a political pirouette of unlikely reality: Mélenchon is the leader of his party, but he has resigned from being a deputy. No poll or estimate announces the conversion of LFI in France's first game.

9. Appointed his new government, after the second round, Macron announces the creation of a National Refoundation Council, which will include members of the government, employers, unions, civil society... This new Council, to be created, should negotiate the major reforms that France needs, starting with the reform of the national pension system.

10. The implementation of this political and institutional machinery will coincide with a growing social foliage, with threats and risks of strikes and the appearance of new, flammable moments of protest.

1 Discomfort among diplomats for not foreseeing a crisis... 2 Feijóo rectifies Casado by requesting an express... 3 Calviño does not respond to the PP for the files... 4 Moncloa gives margin to the PP in the renewal of the... 5 Clara Gutiérrez: «Last year alone, 100,000 million... 6 Viñedos de Álava, the project that threatens to... 7 A victim of an abusive facility seeks out her Korean... 8 Former president of Bolivia sentenced to 10 Years... 9 US: China's military activities around Taiwan... 10 NBA Finals: An unstoppable Curry ties the series between... 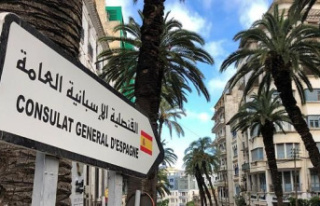 Discomfort among diplomats for not foreseeing a crisis...