Zelensky: "You don't need experience to be a politician, you just have to be a decent person"

The fiction that he made as an actor has not only become reality but has surpassed it. 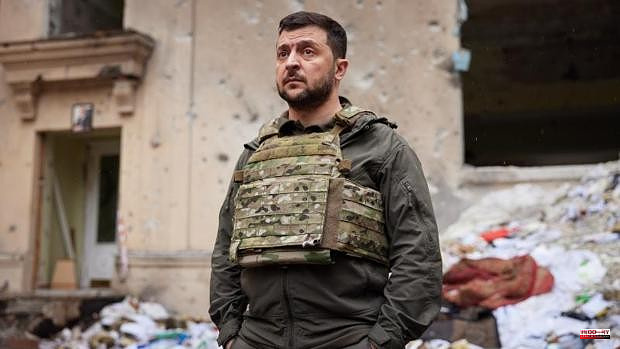 The fiction that he made as an actor has not only become reality but has surpassed it. The professor turned president in the television series he starred in entitled 'Servant of the People', gave his name to the political party that led him to win the elections by an overwhelming majority of 72% of the votes in 2019, despite causing ridicule of the political class and citizens for his career as an actor and comedian. No one gave a damn about him as a statesman and his popularity vanished like foam. However, the invasion of Ukraine by Russia on February 24 last turned his situation 180º. The "buffoon" described by some as "Churchill in a T-shirt", has united his people against a common enemy: the once cunning Russian leader, Vladimir Putin, who has made him the leader of the moment.

Volodímir Zelenski, Jewish, 44 years old, is the son of a computer scientist and an engineer. Graduated in Law, he abandoned what seemed like a secure future for the tables. Until politics got in his way. Neither left nor right, anti-Russian and pro-European, he focused his campaign on fighting corruption.

The first biography that has just come out on the market and which is entitled: «Zelenski. The forging of a hero. "The president who defied Putin and united the world", tries to shed light on the figure of him and on the background of one of the darkest chapters in recent world history. Written by Andrew L. Urban and Chris McLeod and edited by Deusto, ABC interviews Urban, one of its authors.

How did the idea of ​​writing this book come about?

My Australian publisher, Wilkinson Publishing, asked me a week after the Russian invasion began if I would be interested in writing such a work. Their American partners, Regnery Publishing, had asked for a quick book on Zelensky, and I went to work.

What did you know about Ukraine and the war unleashed by Russia in the country since 2014?

We, the co-authors, only knew what had been published on the subject in the media in Australia, the United States, the United Kingdom, etc. Then I watched the excellent 2015 documentary 'Winter on Fire' about the Maidan revolution.

Did you know Zelensky?

No, but I quickly set about finding out as much as I could. I learned that his popularity sank from a high of 72% at his election to about 32% before the invasion. I also saw his series, 'Servant of the people', an amazing story of a comedian, sometimes vulgar, who suddenly becomes a leader. A case of an ordinary man responding to extraordinary circumstances. I'm sure a movie will be made about him sooner or later.

What has surprised you most about your figure?

Zelenski did not have a political past, but he said that you did not need experience to be one, you just had to be a decent person. No politician would say that.

The war has made him a hero for his bravery, but what are his strengths and weaknesses?

Stocks are the best way to evaluate people. I cannot make those assessments without knowing him personally.

Zelensky and Putin are yin and yang, heads and tails. Can this be transferred to the field of war?

Yes, they are opposites. I don't know if that carries over to the war arena, but it's evident in his appearances and public statements.

Zelenski has won the war of the image, it transmits truth. Does it have something to do with his acting skills, is it a strategy...?

His experience as an actor helps him communicate, no doubt, but I don't question his sincerity as a supporter of Ukraine.

His appearance and his messages, far from the usual political slurs, are full of sincerity. Could he play against him if the circumstances do not favor him for not being able to transmit strength to his people?

No way. Yes, it would transmit strength and resistance to the Ukrainians. What I do not know what will be the result of this war, since it depends on many and varied elements.

What do you want with this book, what is your goal?

Present Zelensky in his context. It is a journalistic record of events as they happened and how Zelensky responded.

How long did it take you to write the text?

It took us about three weeks to deliver the manuscript. We work long hours.

How have they been documented? Has it been easier to write with four hands?

This war is being experienced live on television. We use the internet and news media. We've shared the investigation, but Chris McLeod has handled the bulk of it.

1 Ten keys to understand the French legislative elections 2 Discomfort among diplomats for not foreseeing a crisis... 3 Feijóo rectifies Casado by requesting an express... 4 Calviño does not respond to the PP for the files... 5 Moncloa gives margin to the PP in the renewal of the... 6 Clara Gutiérrez: «Last year alone, 100,000 million... 7 Viñedos de Álava, the project that threatens to... 8 A victim of an abusive facility seeks out her Korean... 9 Former president of Bolivia sentenced to 10 Years... 10 US: China's military activities around Taiwan... 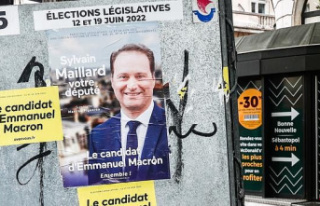