The First Vice President of the Government and Minister of Economic Affairs and Digital Transformation of Spain, Nadia Calviño, has refused to respond to the deputy spokesperson for the Popular Party, Pablo Hispán, for the contracts collected by the Civil Guard at the headquarters of the Ministry of Economy. 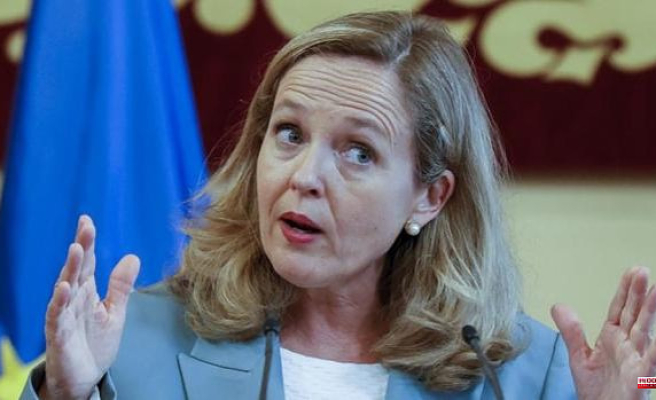 The First Vice President of the Government and Minister of Economic Affairs and Digital Transformation of Spain, Nadia Calviño, has refused to respond to the deputy spokesperson for the Popular Party, Pablo Hispán, for the contracts collected by the Civil Guard at the headquarters of the Ministry of Economy. The popular demanded "information" from the vice president for the two records of the contracts that the Civil Guard collected last Thursday at its headquarters after the complaint filed by the formation of Núñez Feijóo.

The Anti-Corruption Prosecutor's Office opened proceedings to investigate a battery of contracts signed during the pandemic that were reported for alleged irregularities denounced by the presidency of the Community of Madrid. The first step has been to collect all the files that affect not only the Ministry of Economy, but also that of Health, Transport and the Interior.

At the request of Anticorruption, agents of the Civil Guard collected last Thursday at the Ministry of Economy the documents of the aid granted to the company Beedigital, a company in which the husband of the Vice President of the Government, Nadia Calviño, works.

In the Joint Commission for the European Union, the spokesman for the popular parliamentary group, Pablo Hispán, took the opportunity to demand answers to the possible involvement of Calviño's husband in irregular aid from the European Union.

«Have contracts been taken regarding the digital kit and the NextGeneration funds? I demand, not insults, but information and answers », this is how Hispán addressed his question to the first vice president, in which he included the explanation of other economic details.

"Mr. Hispán, when I saw that it was you who intervened, I already knew what the tone to which we are accustomed was going to be," is how the deputy spokesperson for the popular responded to his question, with more references to a change in tone and attitude and his desire to speak with another member of the PP who «has a constructive attitude to talk about the recovery plan». The Minister of Economy did not allude to Hispán's words about the documents collected at her headquarters.

During his 15-minute response, Calviño did answer the rest of the questions in Pablo Hispán's intervention, but with constant allusions, among his replies, to the tone and attitude of the PP member. He closed his second intervention with a "thank you very much for the tone" in reference to the rest of the parliamentary groups that participated in the Commission.

1 Moncloa gives margin to the PP in the renewal of the... 2 Clara Gutiérrez: «Last year alone, 100,000 million... 3 Viñedos de Álava, the project that threatens to... 4 A victim of an abusive facility seeks out her Korean... 5 Former president of Bolivia sentenced to 10 Years... 6 US: China's military activities around Taiwan... 7 NBA Finals: An unstoppable Curry ties the series between... 8 UK military: Russia uses anti-ship missiles against... 9 The booths of the Madrid Book Fair will close this... 10 Venezuela president praises Iran fuel shipments during... 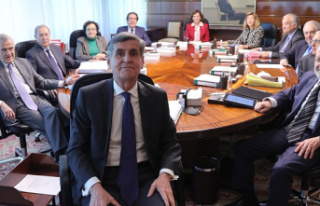 Moncloa gives margin to the PP in the renewal of the...