Biden sends to Ukraine the missile systems requested by Zelensky

The United States Government redoubles its support for Ukraine 100 days after Russia began its invasion and, as President Joe Biden said this Wednesday, June 1, will donate complex high-tech medium-range missile systems in addition to other types of material for an estimated cost of 700 million dollars, which is equivalent to around 650 million euros. 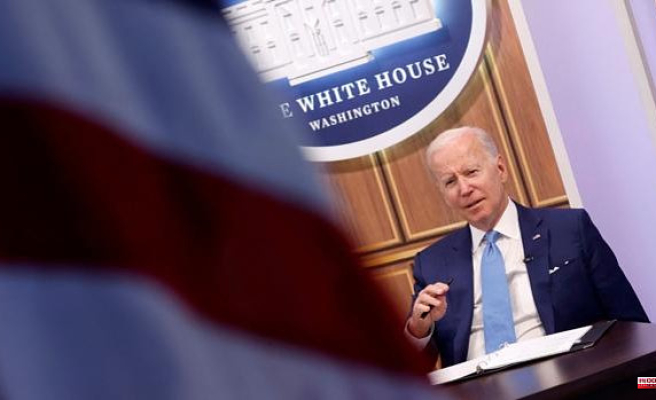 The United States Government redoubles its support for Ukraine 100 days after Russia began its invasion and, as President Joe Biden said this Wednesday, June 1, will donate complex high-tech medium-range missile systems in addition to other types of material for an estimated cost of 700 million dollars, which is equivalent to around 650 million euros.

That consignment of military equipment includes helicopters, Javelin anti-tank weapon systems, tactical vehicles and spare parts, US officials said in a call with reporters on Tuesday. President Biden requested and obtained from the Capitol, which controls the budgets, a total spending of aid to Ukraine of 40,000 million dollars, ratified by himself in 2022.

The White House tries to maintain a complex balance between supporting Ukraine in its defense against Russian air strikes and giving it weapons that are not used to attack Russian targets inside Russia, which would mean a greater involvement of the US in this conflict. . Biden has repeatedly said that she will not send US soldiers to fight on Ukrainian soil.

That new material would come from Pentagon stockpiles thanks to prior authorization from President Biden, and it can reach Ukraine relatively quickly. Ukrainian soldiers will also need training in its handling, something that may delay their employment on the battlefield for a few weeks.

After the insistent requests of the Ukrainian president, Volodimir Zelenski, Biden has confirmed that he will send medium-range missile systems, with a coverage of about 70 kilometers. When the US offered Zelensky to evacuate him in the face of a possible Russian takeover of kyiv, the Ukrainian president said that what he and his people wanted was weapons to defend themselves.

Those missiles are HIMARS, short for High Mobility Artillery Rocket System, with truck-mounted launchers. The estimated cost per missile is about $100,000.

Ukraine is expected to be able to use the missiles in the Donbass area, where Russian aggression has been focused in recent weeks, and where such weapons could intercept Russian artillery shells. The Donbass, where the rebel areas of Donetsk and Lugansk are located, has been in conflict since the first invasion in 2014, when Russia annexed Crimea.

As President Biden said in a statement: “America. it will continue to provide Ukraine with more of the weapons they are using so effectively to repel Russian attacks. This new package will arm them with new capabilities and advanced weaponry, including [missile launch systems] and ammunition, to defend their territory from Russian advances."

For his part, the head of US diplomacy, Antony Blinken, said in another statement that the US has received express guarantees from the Ukrainians that "they will not use these systems against targets on Russian territory." "There is a strong bond of trust between Ukraine and the US," the Secretary of State added.

As reported by the Ap agency, Kremlin spokesman Dimitri Peskov told reporters on Wednesday that the US is "deliberately and diligently adding fuel to the fire" and that it does not trust Ukraine's promises.

On the other hand, NATO Secretary General Jens Stoltenberg said Wednesday during a visit to Washington that he will soon convene a meeting in Brussels with representatives of Sweden, Finland and Turkey to address the latter's veto on the entry of those countries. Europeans to the alliance. Both requested their entry into NATO as they considered their security threatened after the Russian invasion of Ukraine.

Secretary Blinken, on the other hand, reiterated that the US "supports the efforts" for the entry of Finland and Sweden into the Alliance and affirmed that Turkey's "concerns" are being "attended to," reports Efe.

1 These are the cheapest hours of electricity this Thursday,... 2 Cilic turns off Rublev and will play the Roland Garros... 3 Abascal proposes to apply 155 in a "permanent... 4 Dua Lipa, from millennial diva to global star at the... 5 Messi guides the triumph of Argentina in the 'Finalissima'... 6 The Rolling Stones' Ultimate Immortality Lesson 7 Ruud defeats young Rune and will play Cilic for the... 8 Don PX Cosecha 2019: the emblem of the winery 9 Italian restaurants for all pockets 10 Is Tetuán called to be the new Carabanchel of art... 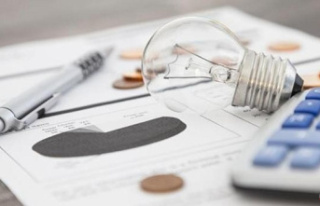 These are the cheapest hours of electricity this Thursday,...