Santiago Pedraza and Carmen Carro are an institution in Madrid. 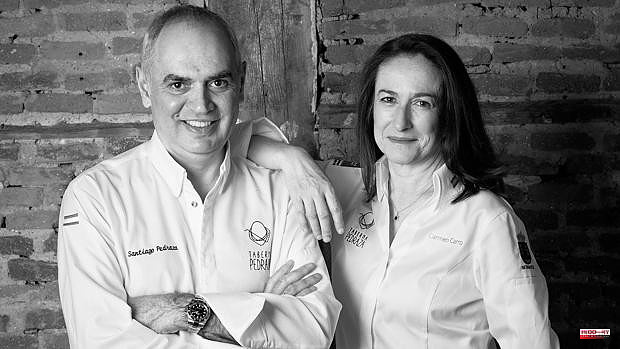 Santiago Pedraza and Carmen Carro are an institution in Madrid. This marriage runs one of the most respected eating houses in the city: Taberna Pedraza. Temple of Madrid stew and tortillas, it is one of the guarantors of Spanish cuisine. Yes, Spanish: from a Catalan fricandó to an Asturian governed meat, passing through Betanzos –and its tortilla–, the Basque pil pil, or the Andalusian fritters. «I don't like anything when they refute me that this house is not a tavern. It is because of the concept, although the room has that elegant appearance, and we are proud of it," he explains to ABC Santiago, convinced that there is a lot of work pending in the defense of "our kitchen."

«In Spain a third of the restoration is dedicated to international cuisine.

In the case of Madrid, the figure increases to 40%”, he puts his claims into context. However, both believe that the penetration of Spanish cuisine abroad has not been as successful. For this reason, among other reasons, they will travel next August to the United States. There they will visit Chicago – the city where their son studies – and in passing the Alinea restaurant. “We are excited to teach Grant Achatz how to make fried milk. When he moved his restaurant to Madrid in 2016, the director of Alinea was impressed with the dessert », he explains.

The anecdote serves as the basis for an even greater purpose that has managed to convince, from the passion that both have put into the idea, the Spanish Tourist Office of Los Angeles. There, its Tourism Consul – Javier Rodríguez Mañas – has given his approval to an action in the Californian city to “promote our cuisine and the Spanish destination” at the same time as “humanize and bring our precious culinary art closer to the North American market” . This is how he signs it in a letter from the Los Angeles Tourism Board to which ABC has had access.

Santiago and Carmen will be the protagonists of this initiative. "We have to teach Spanish cuisine from humility, not from ego," he stresses. Thus, on August 22, the first of the culinary encounters with the couple will take place. «It will be in a private mansion with twenty high-level guests and some television that will broadcast the 'masterclass'.

Excited, they will sacrifice part of their vacations. "We do this for the love of Spanish cuisine," says Santiago. Beyond the organizational help, the product and the talent is on your side. “We will use the ingredients that we find there. The week before the event we will go to the markets to see what we can find. There are sure to be eggs and potatoes... », he says.

The idea is to make simple dishes that are understandable. Sacha Hormaechea will be present through one of his most iconic recipes: the vague omelette. «Carmen has been learning how to do it days ago and this week she will go to see in first person the magic of Lucio Blázquez's eggs. It's an omelette and some eggs, but everything has its secrets. We will make both recipes in the two gastronomic meetings that have been agreed –the other will be in the surfing city of Santa Bárbara– », she comments.

There will also be time for the potato omelette with and without onion, and without any controversy for it–, for the Betanzos omelette –an icon of Taberna Pedraza– and for the croquettes. “It is the recipe that we believe will cost the most to transmit. At home we still haven't managed to get anyone other than Carmen to do it. It is very laborious and complicated. But we will do it and we will tell what a good croquette is like, "says Santiago.

And his claims are even greater. «We are evaluating the possibility of making a stew for the community of Madrilenians who live in Los Angeles. We have to see how we do with the ingredients. We don't know if we can find a good shank there, for example. But we'll see. The grace of this is in disclosing the recipes with the ingredients that we find there. Only then will they be able to replicate them later », he says.

1 Pérez-Reverte delves into the Mexican Revolution... 2 Intimate and never-before-seen photographs of Dora... 3 In the villages you are also welcome 4 Paula Sevilla flies in Nerja 5 Foreigners in their own city 6 A group of teachers and professors decide to organize... 7 Alejandro Chicharro cuts the only ear in the semifinal... 8 The PP will seek a new fracture of the Government... 9 This is the plane that transports 'The Beast'... 10 Biden's 'Air Force One', the most recognizable... 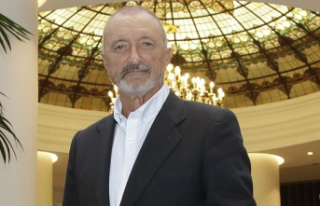 Pérez-Reverte delves into the Mexican Revolution...