The Artcurial room in Paris will put up for auction today and tomorrow photographs of Dora Maar (1907-1997), muse and lover of Picasso. 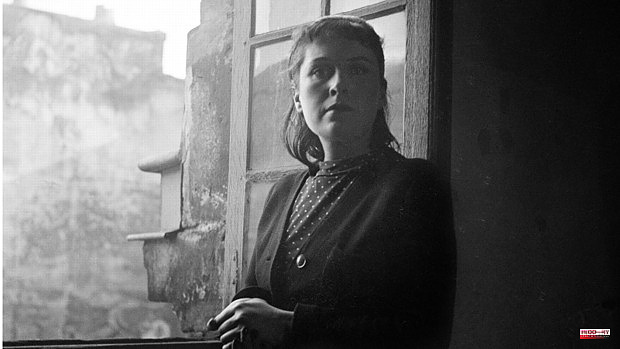 The Artcurial room in Paris will put up for auction today and tomorrow photographs of Dora Maar (1907-1997), muse and lover of Picasso. This is a mostly unpublished photographic collection, made up of some 400 batches (about 750 snapshots) that trace the career of this artist from the end of the 1920s to the end of the 1940s. The set comes from the Dora Succession Maar, who treasures it since his death.

Many of these images are personal and were taken during his years with the Surrealists in Paris from the 1920s to the late 1940s, including several by Picasso, including reporting the creation of his masterpiece, 'Guernica '

, as well as images of the artist at home, in his studio, and relaxing with friends on the French Riviera. In one, the artist is seated in an armchair carved from the trunk of an olive tree.

Although Dora Maar spent nine years of her life with Picasso, she was also magnificently successful in creating her own independent and personal work, using a medium that Picasso never embraced: photography. As such, Dora Maar can be seen as one of the most original photographers of her time, a true pioneer of the mid-20th century », says Bruno Jaubert, director of the Department of Impressionist and Modern Art at Artcurial.

Through her photography, Dora Maar explored themes that were important to her, from surrealism to nude snapshots and still life images that she used to create her surreal collages. She also shows her attachment to the social reality of her time and her work on behalf of her. This collection also illustrates her admiration for Pablo Picasso, through portraits of the artist that have remained largely unknown until now.

Dora Maar has gone down in history for immortalizing the creative process of 'Guernica' with her camera. Picasso made numerous sketches and preparatory studies for the painting, which he captures on canvas from May 11, 1937. There are seven main figures: the bull, the horse, the dead soldier and four women: one with her dead son in her arms, another with her arms raised coming out of a burning house, another carrying a lamp in her hand and a fourth kneeling. Between the bull and the horse he painted a barely recognizable dove.

By then, Picasso had already ended his marriage to the Russian ballerina Olga Koklova -she did not want to divorce- and had as a lover the very young Marie-Thérèse Walter, with whom he had a daughter, Maya. But in 1936 he met the young French photographer Dora Maar, who by then had her own photo studio. He was almost three decades older than her. Dora will be his model, muse and lover on those dates. She is 'the crying woman' who appears in many of the 'Guernica' sketches, but which she ended up not capturing on the final canvas. She was a privileged witness to the process of creating the painting, which he immortalized in images.

Henriette Theodora Markovitch, better known as Dora Maar (1907-1997), was a painter, photographer, and sculptor. Her French mother owned a fashion boutique and her father was a Croatian architect. Born in Paris, although raised in Argentina, she studied at the Academie Lothe, where she met the legendary photographer Henri Cartier-Bresson, a year her junior. She began her career photographing fashion models and then moved on to advertising. She also worked as an actress in a movie. She was a close friend of André Breton, and of Paul and Nusch Éluard, whom she portrayed on many occasions.

The collection also includes self-portraits, nudes, as well as stark photographs of disabled people. After the war, Maar, who parted ways with Picasso in 1945 when he left her for the artist Françoise Gilot, briefly collapsed. Although she continued to paint until her death in 1997 at the age of 89, her life was always overshadowed by Picasso. Dora Maar had no children, so these negatives have been in her bequest files ever since she died. They were all taken with the Rolleiflex she used and cover 20 years of work. Although Picasso painted Maar many times, she was unimpressed: "All [his] portraits of me are lies. None is Dora Maar », she once said.

1 In the villages you are also welcome 2 Paula Sevilla flies in Nerja 3 Foreigners in their own city 4 A group of teachers and professors decide to organize... 5 Alejandro Chicharro cuts the only ear in the semifinal... 6 The PP will seek a new fracture of the Government... 7 This is the plane that transports 'The Beast'... 8 Biden's 'Air Force One', the most recognizable... 9 Innovative entrepreneurship shakes off the fear of... 10 Textile sales, in tension due to inflation and the... 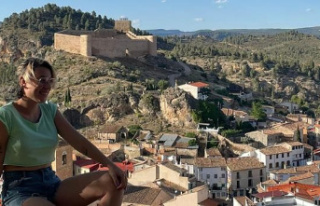