The "Höegh Esparanza" is already in sight when Chancellor Olaf Scholz picks up the radio. 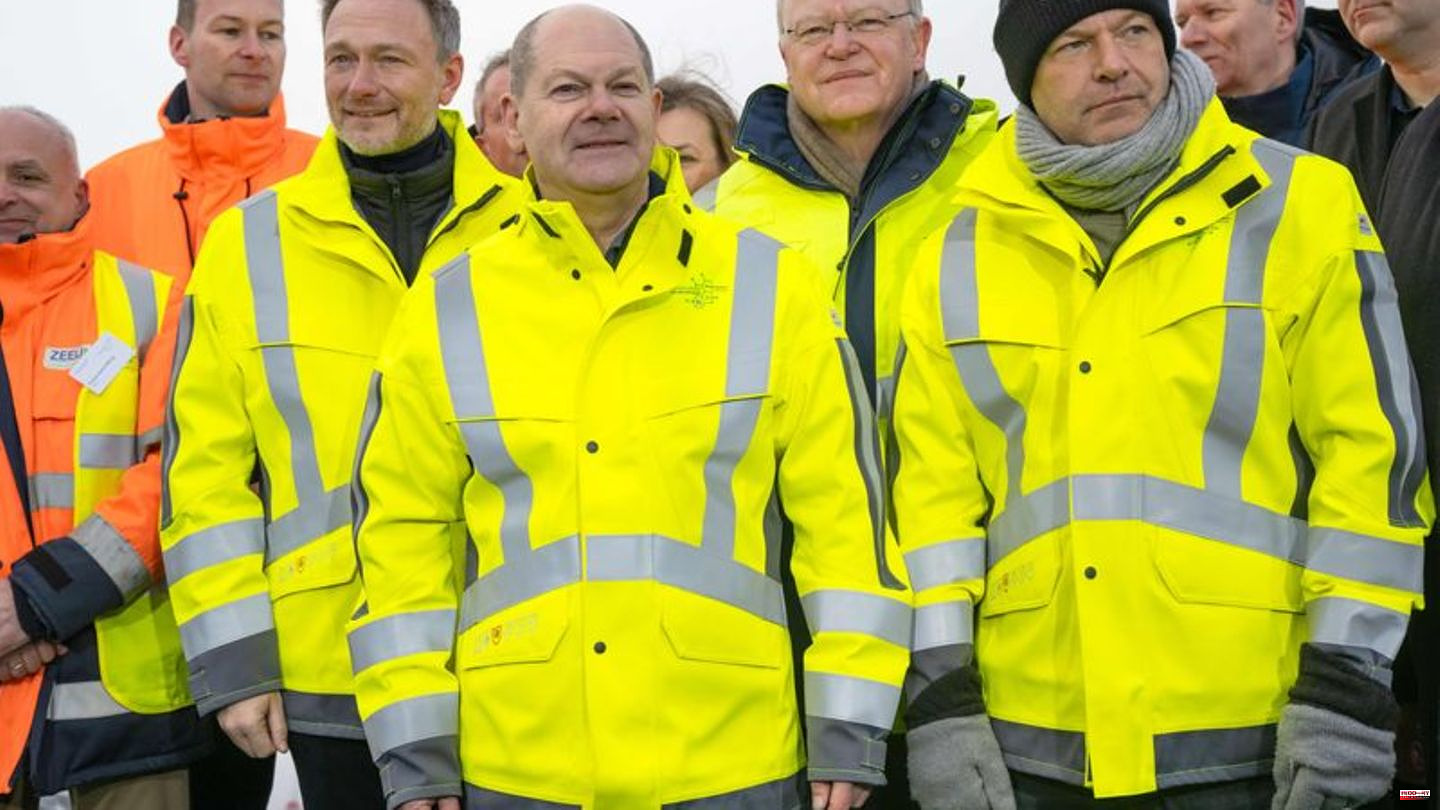 The "Höegh Esparanza" is already in sight when Chancellor Olaf Scholz picks up the radio. "Welcome to Germany," he calls Croatian captain Denis Draskovic in English. "We are very glad to see your ship."

Scholz is wrapped in a bright yellow protective work jacket on the deck of the "Helgoland" excursion ship, which normally transports tourists to the North Sea island of the same name. This Saturday around 400 invited guests from politics, the energy industry and administration are on board to welcome the "Esparanza".

"Esperanza" - the name says it all

The 294-meter-long ship, lying in the fog at a kilometer-long jetty off Wilhelmshaven, is Germany's first floating liquefied natural gas terminal. With the radio message from the chancellor, it is considered open.

The name of the huge tanker says it all. Esperanza is the Spanish word for hope. And that is exactly what the inauguration is supposed to be: a sign of hope after almost a year of war, energy crisis and inflation.

To underline that, Scholz did not come to Wilhelmshaven alone. On the deck of the "Helgoland" he is flanked by Vice Chancellor Robert Habeck (Greens) and Finance Minister Christian Lindner (FDP). Scholz and Habeck have been on the road together several times in recent months to combat the energy crisis. The complete top trio of the traffic light coalition outside of Berlin has never seen such an appointment together.

Terminal as a symbol of the "turn of the era"

For Scholz, this day means a particularly great deal of satisfaction. On February 27, three days after the beginning of the Russian war of aggression against Ukraine, he announced the construction of LNG terminals in Wilhelmshaven and Brunsbüttel in the Bundestag in his "turning point" speech, which has already been classified as historic. Even before the war, he was one of the proponents of importing liquefied natural gas, but for a long time it didn't stand a chance in Germany. There was pipeline gas from Russia, which was cheaper and more environmentally friendly.

That changed abruptly when the war began. Russian gas, which once accounted for 55 percent of Germany's total supply, is no longer flowing. It urgently needs a replacement. And the LNG stations play a central role in this. A total of six floating terminals - five state and one private - are to be built on Germany's coasts by the end of next year. About a third of Germany's gas requirements should be covered by them.

For Scholz, the terminal in Wilhelmshaven is not only a symbol of the "turn of the era", but also more generally of more pragmatism in problem solving. It has not even taken ten months since his speech until it is now online. "That's a new world record, but that's also the Germany speed that we always want to show now," he says. That's why the opening shows for him: Germany can also set the pace.

178 million cubic meters of sewage into the North Sea

But the terminal isn't just fun. Environmental and climate protectionists are up in arms against the plant. Annoyance is caused by the fact that the "Höegh Esperanza" plans to discharge up to 178 million cubic meters of wastewater containing chlorine and other chemicals into the North Sea. This is evident from documents submitted for approval. The chlorine is used to clean seawater pipes. Environmentalists, but also fishermen and residents fear damage to the North Sea and the nearby Wadden Sea ecosystem.

All other terminals planned in Germany would do without the use of so-called biocides, says Imke Zwoch from the German Association for the Environment and Nature Conservation (BUND). "We cannot understand why these six months have not been used to convert the ship accordingly."

Climate protectionists also fear overcapacity of LNG and thus a slowdown in the phase-out of fossil fuels. The German Environmental Aid wants to try to sue for a time limit on the operation.

Habeck: "It's not a victory day"

The protests are one reason why Economics Minister Robert Habeck made an effort on Saturday not to spread too much enthusiasm. It's not a public holiday for him, he says shortly before the opening on Deutschlandfunk. It would be cynical to talk about it, because you are acting with your back against the wall. "It's a good step, but it's not a success, it's not a day of triumph." 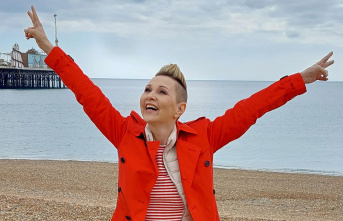