two years The oncologist gave me this prognosis at the time. 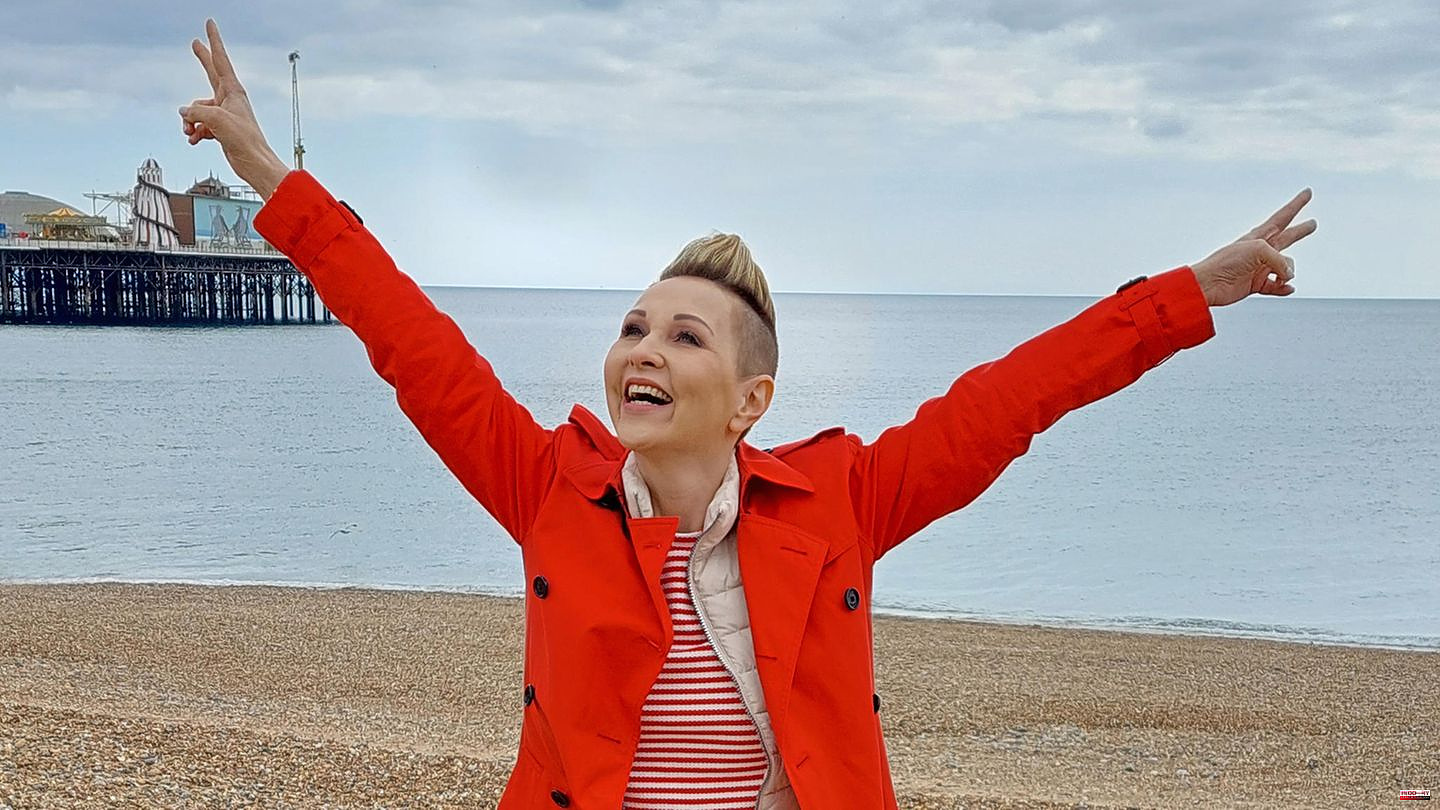 two years The oncologist gave me this prognosis at the time. Only two more years to live. When my husband Peter and I left the practice, we cried terribly and released the pressure. We still wanted so much from life, I was only 38 at the time, and then this news. For two years I really waited to die. This number stuck in my head, I tore off a page of the calendar every day in my mind's eye. But after two years I was still there and I wasn't feeling bad at all. Then it clicked. And I thought, well, since I didn't die, now it's time to focus on living again.

I discovered the knot while on vacation. I made an appointment with my gynaecologist when I was still in England. He then suspected an enlarged mammary gland and actually didn't want to send me for a mammography at all. Because I insisted, he referred me after all – albeit a bit grumpily. I called the radiologist directly, said I was in an urgent case, I still don't know why I said that, and was allowed to come right away. The radiologist looked at my images with a very serious face and explained that it was most likely a malignant tumor. I didn't understand at all what he wanted to tell me. My brain was rattling until I asked: Do you mean cancer?

That was a pivotal moment. Lightning strikes you and knocks everything out. But then I remembered my neighbor who also had breast cancer at a very young age and the many other women who survived cancer. I motivated myself, believed that it would all work out. I still believed that when the big examination in the hospital was due. Even when the surgeon came into the room and said she had bad news, I still thought the bad news meant chemotherapy was needed. But no. I not only had breast cancer, but also metastases in the liver, the largest was more than four centimeters in size, and many others in grades. They had also found lesions in the bones. It was only then that I realized, no, I will never get better, there is a high probability that I will die from this disease. It was like someone ripped the rug from under my feet. I was caught in a fog, the voices far away - a bit like fainting. First I had to lie down in the outpatient room.

My case is not a textbook case. In most cases of metastases, those affected have a longer period of rest after surviving the initial illness before metastases are discovered. But they were there for me right away. If the breast cancer has formed metastases somewhere in the body, then the cancer can no longer be caught, then a cure is no longer possible. All you can do is stabilize the situation, as it was with me - stabilize it for as long as possible. Since 2013 I have been in permanent therapy. I've had surgery, intravenous chemo, radiation, anti-hormonal therapy, targeted therapy, oral chemotherapy - everything the medicine cabinet will hold. And I will also be in therapy until the end of days. The last few years have been a roller coaster ride. Sometimes it goes up steeply, sometimes you rattle down really badly. But if everything goes smoothly, I'll celebrate my tenth day of survival next year. I also have my oncologist to thank for that. After the first oncologist had shown little empathy, I looked for another because I need a doctor who not only has a brain, but also a heart. I am still with this professor today. He rolled out the treatment strategy for ten years. He didn't promise me anything, but he put a positive anchor in my head.

A cancer diagnosis leaves no stone unturned. Once you're counted and suddenly confronted with the finitude of life, everything changes - everything, everything. Because when you're young and healthy, you have this basic trust in your body, you think you can live to be 100 years old. I had had a very happy life up until then, probably even hitting me at the happiest time of my life. And then you lie there in the hospital and get a liver biopsy while your friends lie by the lake with their children. That was a very difficult time. At that time there were no special offers of help for women with metastatic breast cancer in Austria. I was alone far away. At that time we were treated as if death beckons from afar. I already had the idea of ​​creating a self-help offer for those affected in 2013, but I didn't have the strength. Five years later it worked with the help of the Austrian Cancer Aid. Our community, the Meta girls, are not a mourning club, we celebrate life. We laugh together, we cry together, we experience a lot together. We're all rowing in the same boat. There I made dear friends who follow a similar path. We accompany each other hand in hand. But that also has a downside. I've already lost so many great women from the community. That hurts terribly.

With my breast cancer activities, including my blog, I have created a new "job". I could no longer pursue my old job because of the cancer, so I said goodbye to the disability pension with a heavy heart. It was not an easy step. Today I'm back at my old job on a small scale. My commitment is my engine that keeps me going. I don't use the brakes, I'm always on the gas. Time flies, my days are extremely intense. I have to move it myself because I want to do so much and love to be on the road. My motto is: Every day is an adventure. Traveling used to be our biggest hobby, after the diagnosis I didn't dare to fly any further away. Until I at some point asked what should actually happen? Then we just set off, first to Japan and then to America. The trip to America in 2018 was a very special one, because I have my husband in Las Vegas, that was me r very important, ten years after our first wedding, married again - with Elvis kitsch and souvenir photos in the desert. It was wonderful. I didn't feel a bit sick that day. By the way, we want to do it a third time in January, this time in Hawaii.

For me, traveling means a break from the cancer reality, then I just leave the cancer at home. These breaks are very important, because fear is a companion to all of us. Sometimes you go to bed with her and wake up with her. Living with that is not easy. Now and then you have to be able to put your fear aside, otherwise you go insane. It's okay to celebrate there, it should be colorful and loud, we need that in order to be able to forget the dark gray everyday life. I don't forbid myself to party until three in the morning. That's me, that's what makes me. But I have to say that I'm lucky enough to still be able to do it, others are no longer able to do it. I have a good, beautiful life, but the cancer is there, I can't get rid of it. He's my passenger. I don't want him to take the wheel for as long as possible and I want to continue on the road of my life in a self-determined manner.

Claudia Altmann-Pospischek started the blog "Claudia's Cancer Challenge" in 2016, where she reports on her life with the disease and encourages others. You can follow her on Facebook and Instagram. 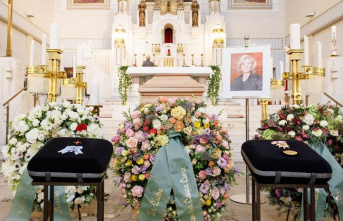