Xavi: "We haven't had a good season but we have saved a critical situation"

Barcelona closes the season this Sunday with an inconsequential match against Villarreal, which hurries their options to be in Europe next season. 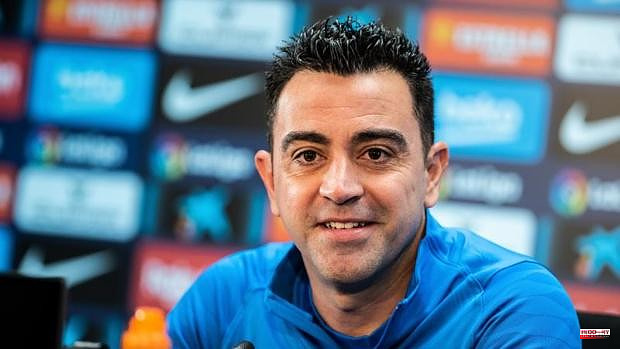 Barcelona closes the season this Sunday with an inconsequential match against Villarreal, which hurries their options to be in Europe next season. Xavi Hernández wants to end up leaving a good taste in the mouth of the fans, although the members are already more aware of the configuration of the squad for next season. «The importance is relative in terms of results but I would like to finish with the best feelings and see a brave team. The result is not the goal but to end with good feelings. We haven't had any luck with the rival because Villarreal is the most difficult team we've faced in LaLiga", the coach began by explaining.

Xavi valued the season. He was critical although he did not want to grade the team.

“We have saved a situation that could have been worse. We have gone from less to more. We have competed but it has not given us. We had to win titles, yes we have done a second round. I don't give myself a grade because whatever is said will be criticized. We have improved a lot. I am the first to demand myself. From now on, float and flip it. We haven't had a good season, it's obvious, but we've saved a critical situation. It could have been worse," he explained. And he added: “The president transmits confidence to me and that we can strengthen ourselves. We have made a plan and we will try to execute it. the economic situation is serious but it is not my turn to talk about money».

Xavi addressed the questions about the squad and acknowledged that he is clear about what he wants and what he doesn't. “Some already know my opinion. Some must already look for solutions. Now is the time with the minimum required. It is time to make decisions. I feel bad, but you have to take them », he explained when confirming that he had spoken with players to tell them that they will not continue. And he reiterated the economic problems that the club will encounter when it comes to reinforcing itself: “We cannot put a lot of money. The economic situation is what it is. We did not enter the bidding of Haaland or Mbappé but it is what we have inherited. There is no need to look back. You have to make pineapple. We have to compete and win titles again. Be competitive from now on.

Xavi valued two names that mark Barcelona today: Lewandowski and Dembélé. “It is one of the possibilities that may come. He has said it himself. There are some negotiations involved. It won't be easy with Bayern involved," he confirmed about the Polish striker. And about the Frenchman, who will play the last official game tomorrow with the Barça shirt, he kept hoping that he would end up renewing it: “It could be his last game. You have to be optimistic. He has made excellent games and when he has not been we have noticed. I like it, but it could be his last game ». The coach held his speech on the quality of Frenkie de Jong: «He is a beastly footballer and has the conditions to mark an era at the club but you have to see the economic circumstances of the club. We go back to talking about money, which is something I don't want. Of course, the man from Egar made it clear that they will not sign "players who are not going to play because we already have them."

1 Feijóo says that the Madrid PP is today "more... 2 The Turkish government party will continue to oppose... 3 The post-election transition begins in Lebanon with... 4 The Guinean military junta authorizes former President... 5 Marcelino anticipates that next week he will announce... 6 Barcelona - Lyon: time, TV channel... How to follow... 7 Feijóo asks Ayuso and the PP to focus on the economy... 8 'Caminos del Queso', a journey through the... 9 Streets closed in Valencia and traffic restrictions... 10 The lawyer Dolors Feliu, elected president of the... 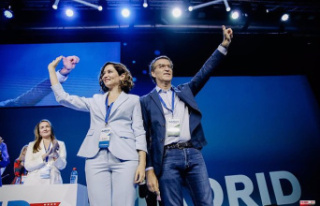 Feijóo says that the Madrid PP is today "more...