Feijóo says that the Madrid PP is today "more united" with Ayuso: "We have worried too much about internal issues" 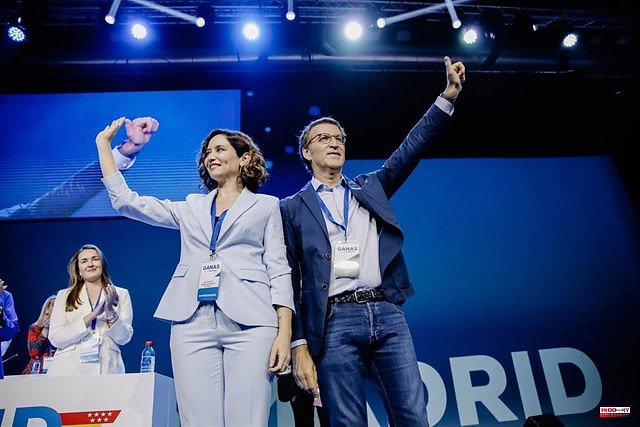 The leader of the PP, Alberto Núñez Feijóo, assured this Saturday that Isabel Díaz Ayuso now opens a "new brilliant stage" at the head of the PP in Madrid, in which the party is "more united, more committed and more solid". That said, he has asked his people to look to the future with the next regional and municipal elections because, as he has admitted, they have "worried too much about internal issues", thus alluding to the internal crisis of the PP that confronted the president of the Community with the direction of Pablo Casado.

This is how Feijóo has pronounced himself at the closing of the XVII congress of the PP in Madrid, in which he has spoken before the Madrid president. Sitting in the front row were the mayor of Madrid, José Luis Martínez-Almeida, the general secretary of the party, Cuca Gamarra, and numerous officials from the PP's national leadership.

"We all know that this congress had been pending for too long. Extending ourselves on it is an exercise in nostalgia that leads nowhere. We have worried too much about internal issues and therefore, I am not going to spend a second on it because I am not interested in the past but what is going to happen," said Feijóo.

After assuring that the parties that represent the past "lose the elections", he affirmed that the PP opens "a new stage today" and has been convinced that it will be "brilliant" because here "there is" a leader", "a team and a project to face a major challenge: "to earn the trust of citizens again in 2023".

Feijóo has highlighted that from today the PP is "more prepared to face the collective challenges" that lie ahead; it is a "more open" party that has captured "new profiles", and it is a "free" party to make Madrid "freer" to "freely serve the people of Madrid".

Feijóo has indicated that both Ayuso and he "want" to serve Spain. "And that is the fundamental thing about politics, wanting, wanting to continue being useful to our country. And we both believe that the best democratic tool for Spain is the PP of Spain and that is why we are active in it and that is why we work in it ", has manifested.

1 The Turkish government party will continue to oppose... 2 The post-election transition begins in Lebanon with... 3 The Guinean military junta authorizes former President... 4 Marcelino anticipates that next week he will announce... 5 Barcelona - Lyon: time, TV channel... How to follow... 6 Feijóo asks Ayuso and the PP to focus on the economy... 7 'Caminos del Queso', a journey through the... 8 Streets closed in Valencia and traffic restrictions... 9 The lawyer Dolors Feliu, elected president of the... 10 The Castilian and Leonese send more than 67,700 tons... 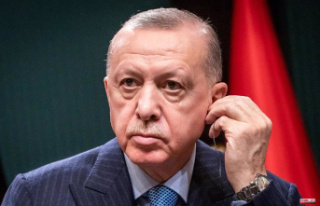 The Turkish government party will continue to oppose...