Marcelino García Toral announced this Saturday that he will announce whether or not he will continue at Athletic “next week”. 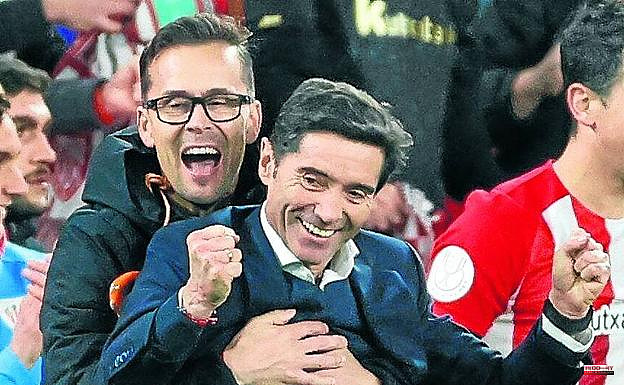 Marcelino García Toral announced this Saturday that he will announce whether or not he will continue at Athletic “next week”. At the same time, the Careñes coach has admitted that the uncertainty about his future, all the doubts that have arisen around his figure, have been a "hard, difficult" process, but that in no case has it "diminished" his energy to work in favor of a team that this Sunday night is playing at the Sánchez Pizjuán to enter the Conference League: it must improve the result signed by Villarreal against a Barcelona that has nothing at stake.

Time is running out. The League is over. And Marcelino García Toral and his coaching staff will sit down in the next few hours and decide what they will do: if they continue in Bilbao or choose to leave Athletic. Come on, the one in Seville could be his last game as a rojiblanco. He does not give any importance, at least that's what he said, to this aspect. “I see it normally, because that is the situation. Next week we will talk, "said the Asturian coach, who does not want to lengthen the doubts too much. “It will be very quickly. Once the competition is over we have to make a deep analysis of the situation and try to make all kinds of assessments to try to make as few mistakes as possible.

It would be, that day, the end point to a long time of questions about its future, about its continuity, about the elections... A process that has lasted more than three months. He said that it has not subtracted an iota of his energy, but he did acknowledge that it has been “difficult, hard. It has not led me astray. In no case has it occupied me above what I consider a priority. And nothing that has conditioned me in my way of being and in the response that I have offered to what it was like to work with the group every day”, defended the Athletic coach.

1 Barcelona - Lyon: time, TV channel... How to follow... 2 Feijóo asks Ayuso and the PP to focus on the economy... 3 'Caminos del Queso', a journey through the... 4 Streets closed in Valencia and traffic restrictions... 5 The lawyer Dolors Feliu, elected president of the... 6 The Castilian and Leonese send more than 67,700 tons... 7 Xavi: "Lewandowski is one of the options, but... 8 $ 40 billion: Joe Biden signs the law providing colossal... 9 "Putin destroyed everything": former pro-Russian,... 10 Two dogs abandoned by their owner saved from starvation 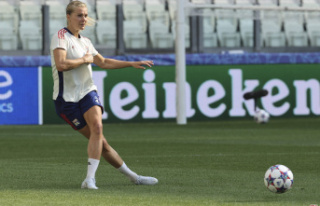