A confrontation between an adult male brown bear and a female accompanied by her calf in the heat of the mating season led to a violent fight on Monday that ended with the two adults falling down a large cut for dozens of meters in the Palentina Mountain. 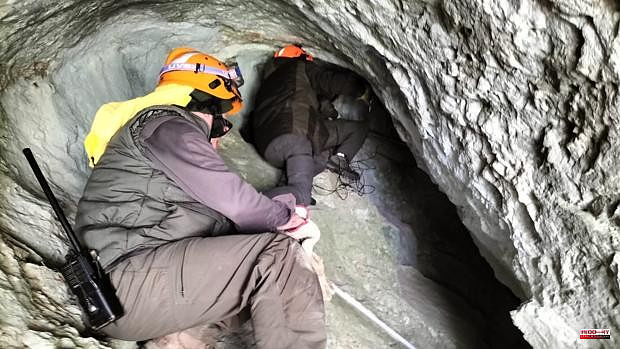 A confrontation between an adult male brown bear and a female accompanied by her calf in the heat of the mating season led to a violent fight on Monday that ended with the two adults falling down a large cut for dozens of meters in the Palentina Mountain. The first of them died and the second managed to get up and walk to a cave. The images of the dispute and the remains of blood found in the area led to fears that the bear was also dead, but it has already been confirmed that she is still alive and presumably in the company of her calf.

At the moment, it has not been possible to assess the extent of the injuries suffered by the female in her fall down the mountain in the Peña de Santa Lucía, since she has not left her refuge, a cave with a gallery length of more than 15 meters. , with narrowings of less than 80 centimeters and numerous vertical wells with a diameter of less than 50 centimeters, difficult to access.

Technology has been the ally in this case, with endoscopic cameras and poles to monitor the interior as well as cameras at the entrances.

During yesterday's day, the priority of the operation was to locate and assess whether the adult bear was dead and, if necessary, recover the cub if the mother had been dead. For this, a surveillance of the bear and the different galleries that gave connection with it was established in case the calf could be outside. At noon yesterday, after not observing him, it was decided to access the environment of the cavity with the aforementioned means. Having been able to confirm that the mother is alive, the work plan will be to provide fruit, feed and water, as well as continue monitoring the area, the Ministry of the Environment, Housing and Territorial Planning reported in a statement.

"In the mating season, some male bears try to kill the cubs when they locate a bear with young of the year to reproduce with the mother." In fact, this behavior is the main cause of mortality of puppies in their first year and a half of life in the Cantabrian Mountains, they explain on their website from the Brown Bear Foundation. Two weeks ago, in El Bierzo, another incident of a similar nature ended with a cub in critical condition. The calf, about four months old, was found in a state of shock and with multiple injuries. After passing through 'intensive care', he is already out of danger and is progressing favorably.

1 The future of philosophy in the classroom, under examination... 2 Two young men are arrested for sexually abusing eight... 3 The ex-consul of Finland in Barcelona arrested for... 4 At least 25 people injured after the collapse of a... 5 Bolsonaro doubts that Biden won the elections before... 6 Artist Paula Rego dies at 87 7 Rufián triggers the tension between the independence... 8 This is the Leopard, the German tank that Spain wants... 9 They save the life of a driver who suffered a heart... 10 They arrest a woman in Valencia for the "constant"... 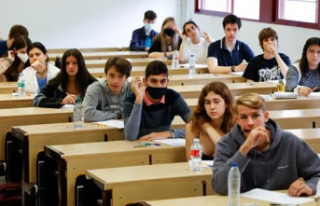 The future of philosophy in the classroom, under examination...