The symptoms of monkeypox that largely affects children and pregnant women 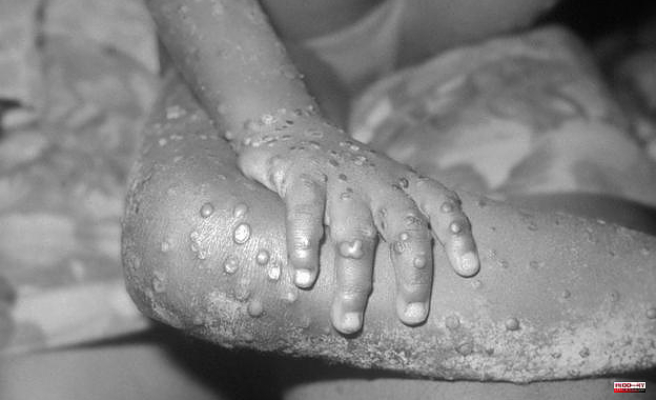 New health alert in Spain and Europe. The Ministry of Health has asked the autonomous communities to be attentive to possible outbreaks of monkeypox after finding eight suspected cases in Madrid. The National Center for Microbiology (CNM) is analyzing samples to confirm that it is this disease, of which cases have been reported in several countries in recent days.

The voice of alarm was given by the United Kingdom two days ago, when it reported an outbreak with seven people affected. All of them are men who have had relationships with other men, although there is no epidemiological link between them, which points to the existence of different chains of infection. Despite being infected men, this disease tends to affect women and pregnant women to a greater extent.

Monkeypox causes symptoms similar to those of smallpox, although in many cases they are usually milder, although in some cases it can cause death, although no deaths occurred in the 2003 outbreak in the United States. The symptoms would be the following:

- Within 1 to 3 days of the onset of fever, a rash appears. It usually starts on the face and then spreads to other parts of the body, including the palms of the hands and the soles of the feet.

- Like smallpox, the monkeypox rash begins as flat, red spots. The spots turn into blisters, which fill with pus (forming pustules). Within several days, the pustules crust over.

In some cases, monkeypox can make people more likely to develop other infections. Some people with monkeypox develop bacterial infections of the skin and lungs.

Contact with live and dead animals through hunting and consumption of game or bushmeat are known risk factors.

Monkeypox can be transmitted by contact and droplet exposure, that is, through saliva or respiratory excretions, or by contact with exudate from the lesion or crusting material. Viral excretion through faeces may also represent another source of exposure.

The incubation period for monkeypox is usually 6 to 13 days, but can range from 5 to 21 days. The disease, which has no treatment, is often self-limited, and symptoms usually resolve spontaneously within 14 to 21 days.

1 [PHOTOS] In Israel, robotic hives to preserve bees 2 Salary, conciliation and a good work environment,... 3 Five years in prison for falsely accusing her ex-husband... 4 American female soccer players will be paid as much... 5 Tom Cruise, a box office war machine 6 Saved a mural by Keith Haring in Barcelona that was... 7 129 people arrested in Alicante when a network that... 8 Ex-columnist at Ruquier and at the "Grandes Gueules",... 9 Francisco Rivera definitively breaks up with his brother... 10 The Infanta Cristina recovers her smile away from... 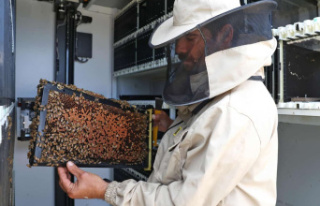