The Infanta Cristina recovers her smile away from Urdangarín

The last images we had seen of the Infanta Cristina conveyed a certain air of melancholy. 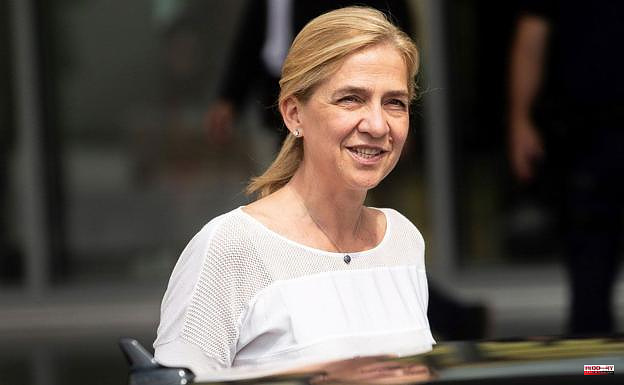 The last images we had seen of the Infanta Cristina conveyed a certain air of melancholy. Her serious face had become a constant, however, we could already see her with a broad smile when visiting her father, King Emeritus Juan Carlos, along with her children, her sister and her nephews. A smile that she already seems to have recovered far from Iñaki Urdangarín. The magazine 'Semana' exclusively publishes her getaway to Madrid during which she has enjoyed her friends.

Cristina went to the house of the lawyer Antonio Camuñas and María Escudero to celebrate a birthday. There she coincided with another famous guest, the actor Antonio Resines who was accompanied by his wife, Ana Pérez-Lorente. Ana is friends with the infantas and King Felipe, whom she has known since childhood. Recently, the interpreter himself said that he writes with them on WhatsApp and that they had been interested in her state of health during her serious convalescence due to covid.

In the photographs, a constant smile can be seen on the face of the infanta after having enjoyed the night in the company of her friends whom she is recovering after her bad streak and the new relationship of her still being made public by surprise. husband with her co-worker, Ainhoa ​​Armentia.

It seems that little by little he is regaining control of his life. In the magazine 'Lecturas', Pilar Eyre talks about how she is turning the page thanks to psychological help and her willpower. And it is that during the quarter of a century that the infanta has been married to Iñaki she has always been shown her support without fissures from her. She even stayed by her side when the former handball player was involved in a series of crimes that ended up landing him in prison. That is why it is understood that the definitive separation is especially painful.

During his stay in Madrid, he also visited his close friend Lorenzo Caprile and received a tribute from the Spanish Olympic Committee, his first public act in years. It was in an act in which the participants in the 1988 Calgary and Seoul Games were recognized, in which Cristina paraded as the flag bearer of the Spanish delegation. “It is something indescribable, the power is there with the whole team, the result of the work of so many years of preparation”, she said during her intervention.

There he talked to everyone, listened to many and, above all, smiled broadly at all times. The sports journalist Paloma del Río said that "Cristina is the closest of the family, she is very nice, she does not believe it." She dressed in light colors (white pants and pink blouse), she wore a careful image, with red manicure, heels and a necklace with the Olympic rings along with another with the initials of her children.

Saving the distances, that of the infanta Cristina is not the only break in the family this year. Her niece Victoria Federica has put an end to her love story with Jorge Bárcenas. For several days they had been talking about a distancing that already seems to be definitive. Apparently it has not been an easy decision but after trying to fix it, on May 10, as confirmed by the magazine 'Hola', they went their separate ways after almost three years together.

The relationship between masters has cooled over time and there are no third parties. In recent weeks, Victoria Federica has taken refuge in her circle of friends. Precisely with one of her great friends, Rocío Laffón, she has traveled to Milan, where she has attended an exclusive party and where she has visited some of the international firms. Fair, bullfights, trips... The daughter of the Infanta Elena keeps her agenda very busy while she turns the page on her breakup.

1 Guaidó begins formal talks with Maduro to resume... 2 [VIDEO] Australian Prime Minister tackles child while... 3 They identify the 'girl from Porbou', the... 4 Lanaudière: a very seriously injured motorcyclist 5 The first Russian military accused of war crimes in... 6 The Supreme Court clarifies the criteria to determine... 7 The Supreme Court annuls a CNMC resolution and agrees... 8 The Justice orders to delay until sunset the opposition... 9 Evicted a married couple from a Caritas home in Barcelona 10 5 essential criteria to consider when looking for... 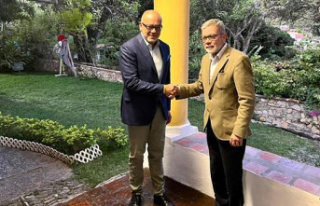