Its days were numbered but in the end it will be preserved. 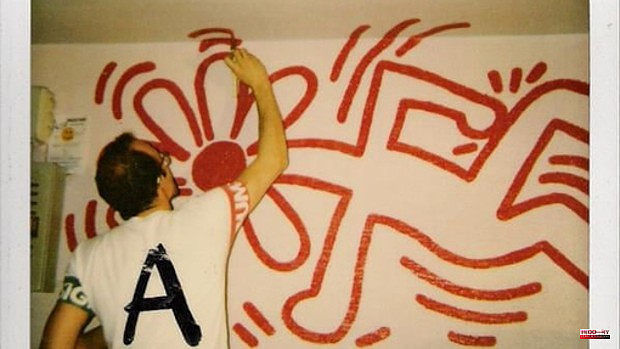 Its days were numbered but in the end it will be preserved. The mural 'Acid' by Keith Haring, located in Barcelona, ​​is no longer in danger and all this is after the wall has been declared a cultural asset of national interest by the Catalan Ministry of Culture. This qualifier grants the maximum protection at the patrimonial level and thus shields the painting from the risk of destruction in which it was found.

Currently, the work is located inside a billiard room on Atenes Street, in the Sant Gervasi-Galvany neighbourhood. After the intervention of the Generalitat, the owners of the building maintain the permission to demolish it, but they have the obligation to preserve and protect the painting.

In addition, in the case of sale of the property, the Government will have purchase preference.

The mural was painted by Haring in February 1989 during the artist's visit to Barcelona. Her stay in the Catalan capital was for a week and she took advantage of it to go out dancing at the Ars Studio, a popular Barcelona venue at the time. There she became friends with DJ César Melero and one day before leaving he dedicated the painting to her on the back of the booth.

'Acid' remained as a mark of the artist in Barcelona and a wide range of photos and videos are preserved where the work is seen painted. This mural is Haring's only original work in the city and is an ode to the dance he represents with the movement and iconic characters that characterized his style of painting. Also, during his stay in Barcelona he painted a wall in the Plaza Salvador Seguí del Raval, but it ended up disappearing until he repainted again.

Haring died at the age of 31, just a year after his time in Barcelona. Despite his youth, he was a renowned artist during the 1980s and one of the great representatives of street art and graffiti. His first mural was published in 1982 on Houston Street in New York and other works can be seen in cities such as Berlin, Paris or Pisa. He became a leading artist during the last decades of the last century, with a style close to Andy Warhol and Jean-Michel Basquiat, he dealt with themes such as childhood, death, sex or AIDS.

1 129 people arrested in Alicante when a network that... 2 Ex-columnist at Ruquier and at the "Grandes Gueules",... 3 Francisco Rivera definitively breaks up with his brother... 4 The Infanta Cristina recovers her smile away from... 5 Guaidó begins formal talks with Maduro to resume... 6 [VIDEO] Australian Prime Minister tackles child while... 7 They identify the 'girl from Porbou', the... 8 Lanaudière: a very seriously injured motorcyclist 9 The first Russian military accused of war crimes in... 10 The Supreme Court clarifies the criteria to determine... 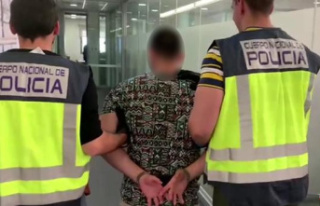 129 people arrested in Alicante when a network that...