The skyrocketing electricity prices sabotage the opportunity to save.

Iron at dawn, or wash the clothes in the washer at night. 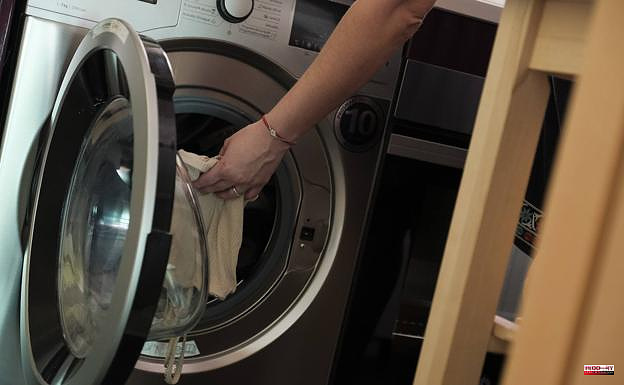 Iron at dawn, or wash the clothes in the washer at night. This was the advice the Ministry for the Ecological Transition extended a year ago when the system for electrical schedules was introduced. It caused more headaches for many households who were not used to being able to adjust their electricity consumption according to the time of day they meet. Everything has changed in the world of electricity bills 365 days later. Nobody anticipated a spike in electricity prices such as the one in Spain. Nor did they expect the threats of cuts to supply, the hoaxes about possible blackouts, the invasion of Ukraine, or the record for electricity in March.

Light has been the focus of many conversations in families, among friends, and in political debates over the last year. Javier Bescos is the Director of Innovation Regulation at Fenie Energia. He explains that "from users who only looked at their bills once a year, to users who checked the price of energy every hour, we've changed." This expert admits that it had a lot to with people's habits. He believes that all this effect was destroyed by the rise in prices.

The daily generation market has set successive records that have not been broken and have completely engulfed this measure. The cost of electricity was at 150 euros/MWh by August last year, as opposed to 70 euros/MWh at June's beginning. In response to this, the Government introduced the first package to ease the price crisis: the government reduced the charge in the bill by 90%. This is the fixed portion that all customers must pay in their bills. It includes the old renewables, insularity, and the payment for the electricity deficit.

The charges increased significantly between 10:00 a.m. to 2:00 p.m., and between 6:00 and 10:00 p.m., intermediate, mid-afternoon, and at night, and were rarely applied at dawn. The weekends were exempted. These reductions were not as evident for households after they were reduced in September, despite time differences. They increased in January but never returned to their original state. The same happened with April 1's anti-crisis package. They increased receipt charges, but not to the amount they had on June 1, last year. This was because there were large differences in time slots. It is now cheaper to wash the laundry in the evening than it is in the morning. You can still save some euros.

According to the National Commission of Markets and Competition, they state that although changes have been noted, it is difficult to determine if these changes are due to the price signal of charges and tolls (which has been reduced but not eliminated), or to the rise in market prices which has made consumers more conscious of their consumption or the economic and geopolitical context. This means that today's users don't take this system into consideration. Aleasoft CEO Antonio Delgado says that changes are seen with a decrease in the morning peak, and a slight increase in the early morning section. He said that consumers are no longer interested in this because of the rising prices.

An accumulation of factors that have affected the electricity bill over the past year has added to the complexity of the skein where users were before the price crisis. One problem is that many users have stopped receiving their bills. A large number of households who were used to receiving their monthly receipts have noticed that their marketers didn't send them this information in the past months.

This problem was caused by the inability to connect the distributor company (the one responsible for monitoring the meters) and the marketer (with whom the client has contracted electricity) during a price crisis. Although this problem has been resolved, there are still contracts which accumulate for several months without providing information about consumption so that clients don't have to pay month-to-month.

Another major change in the system was the mass transfer of clients from regulated markets to the free market. In particular, more than 1.2million users made that move last year, particularly after the spike in electricity prices during summer. The commercial practice of offering fixed prices seven days a week at fixed prices has become more popular in recent months. Consumption is therefore discouraged at the lowest hours of the system demand, i.e. nights and weekends, as was the intention.

The characteristics of the Spain regulated tariff, which is a unique model across Europe, are what you need to know. It is an electricity contract that is directly linked to the wholesale price. Luis del Barrio from Arthur D. Little explains, "It works like if the price for the bus transport subscription were linked directly to the wholesale price of electricity." It is the only rate that offers access to the Social Bonus (a discount of up 70% for vulnerable households).

This change was also accompanied by an increase in clients for large companies (Iberdrola Endesa Naturgy, Repsol, Endesa and Naturgy), which managed to increase active contracts in the first quarter. They did this despite the loss of small, medium, and independent clients. In their case, nearly all of them had fewer users than 2021. These companies believe that the Executive should make large corporations sell a portion of the cheap energy they produce for the independents.

Three weeks have passed since Spain, Portugal and France presented to Brussels their proposal to limit the price of gasoline on the daily market. The European Commission has yet to issue a signal to approve this measure.

It's about the hope that Government will moderate the price rises and inflation in the next months. The best forecasts predict that the average bill for the regulated market will drop between 15% to 20% in comparison to the current.

A promise to Brussels is made to make the limit on gas effective for one year. It requires that the general rates of the regulated rate (Voluntary price for small consumers, PVPC) be available before October 1. The Government predicts that these changes won't be in force until early 2023, but the Executive will have to make "the necessary modifications" this fall to reveal a "new calculation method". It will be less volatile. It can be used uphill or downhill.

All estimates suggest that electricity prices will remain high in the medium-term. Carlos Sole, KPMG's Spanish partner for Energy and Natural Resources, says that the price of natural gas, as a marginal technology and the cost of CO2 rights, will determine the evolution. These decisions may also affect energy policy. He is noting that the outlook for 2023-2024 is in an uptrend, and high volatility. Aleasoft CEO Antonio Delgado says that the price situation is not likely to improve until after next winter.

The electricity mix will eventually include renewables, which could lead to lower prices. However, the gas cycles are essential to meet all light demand in the medium- and long-term.

1 Spain measures its reaction capability in Prague 2 Jesús Adeva: «We must once again understand houses... 3 Ukraine seeks its second World Cup and a few hours... 4 Ann Turner Cook, the Gerber original baby, is dead... 5 Caja Rural Granada: We are sustainable from our roots... 6 Alejandro Sanz, in top form, overflows with energy... 7 Plans in 'urban oases', the best way to... 8 An American group proposes a new 'Eurovegas'... 9 The new life in green of the last unused mansion in... 10 Officials say that a gunman accused of killing a retired... 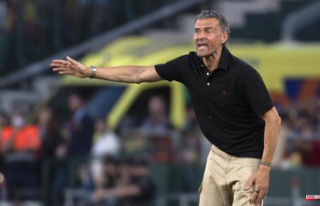