There was a time when Madrid seemed to be the target of international mega-leisure projects. 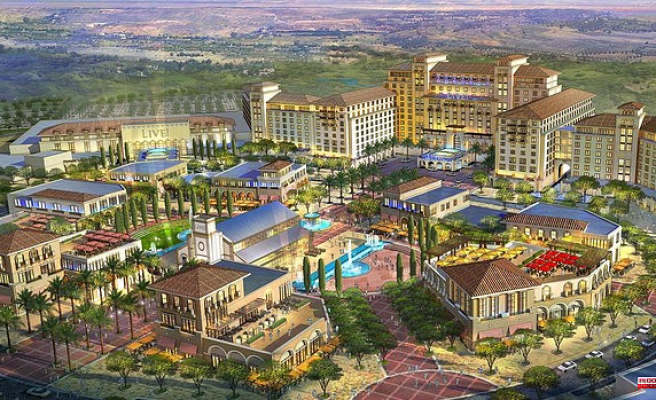 There was a time when Madrid seemed to be the target of international mega-leisure projects. First with Eurovegas, which ended up withdrawing its proposal; and then with Cordish, who came to reserve land in Torres de la Alameda and was twice rejected by the regional authorities. This North American group has returned to the fray with a new project, with the same name, 'Live! Resorts Madrid Spain', which is already in the power of the regional government.

Hardly anything is known about it, except for the photomontages that reflect a vast area with modern buildings, green areas and huge car parks, and what the company itself explains on its website. In which he speaks of "a project of billions of dollars", for "mixed use" in which he would include "entertainment and resort".

In the Ministry of Economy, Employment and Finance directed by Javier Fernández-Lasquetty they recognize that the new Cordish project has reached them, but they avoid giving details about it because they never speak, they say, of private projects.

Cordish is an American company founded in 1910, whose business portfolio includes real estate, coworking spaces, entertainment, gaming, hospitality, and other forms of leisure. His first attempt to enter the Madrid market with a megaproject dates back to 2017. Then, he came before the regional government that was then chaired by Cristina Cifuentes with a 134-hectare plot of land reserved in the Madrid town of Torres de la Alameda, and promising a multi-million dollar investment and more than 57,000 direct and indirect jobs, for its leisure and gaming complex.

The figures they raised exceeded 195 million euros per year of tax collection generated by the complex, and included investments in roads and other connections that exceeded 100 million euros. But twice, the Cifuentes government rejected them, and they left very angry and threatened to go to court.

Now, however, they are back with a new project that is similar – from what is known so far – to the previous one. And that has already aroused the suspicions of the political opposition in the Community of Madrid. From the PSOE, several regional deputies showed their surprise on social networks upon hearing the news. And the same has happened from Más Madrid, where they spoke of a “new Eurovegas that is being hatched in the shadows” and related it to the approval of the Omnibus Law, which makes urban planning procedures more flexible.

1 The new life in green of the last unused mansion in... 2 Officials say that a gunman accused of killing a retired... 3 Where did Marcos Llorente go? 4 Nick Cave, between heaven and hell at Primavera Sound 5 "Spain is a machine, but we want to play" 6 The classic books that cannot be missing in the library... 7 The portraitists of Queen Elizabeth II, the most photographed... 8 From sculptures of Tutankhamun, maps of natural parks,... 9 Steps to unsubscribe or request portability to a mobile... 10 “I returned all the receipts and they threatened... 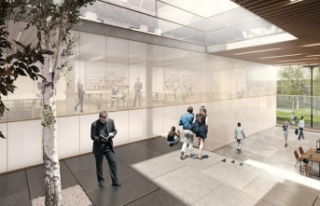 The new life in green of the last unused mansion in...