Jesús Adeva: «We must once again understand houses as homes, not as throwaway buildings»

Jesús Adeva belongs, along with his brother Javier, to the third generation of a family of master masons from Toledo. 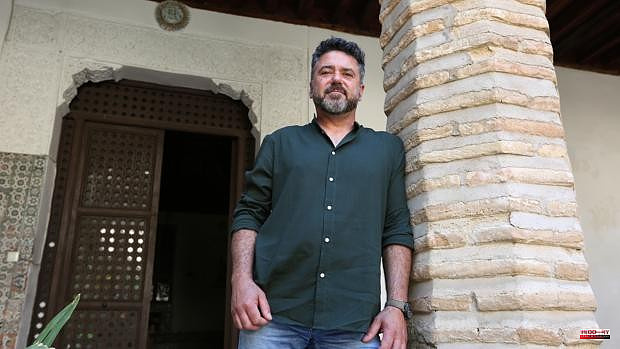 Jesús Adeva belongs, along with his brother Javier, to the third generation of a family of master masons from Toledo. He began in the trade at the hands of his father, from whom he learned to work with rigor and respect for local tradition. All this knowledge has led him this week to be awarded in the VI edition of the Richard H. Driehaus Prize for Construction Arts, in the category of masonry and stonework.

What does this recognition mean?

It is an award of some relevance, but beyond its importance, it is that all of us like to be recognized at some point for our work, not as individual beings, but for the work we do.

In addition, it is a recognition that is not only for me, but for my brother, the rest of the members of my team and, above all, for my father, who was the one who taught us the trade in such a disciplinary and correct way. , with its mistakes too, because you are constantly learning. In the end, things like this serve as an incentive and, at the same time, as a showcase for people to know what you do and value, as they should, masonry and traditional architecture.

If they have given him this award, I suppose it is because he still has a lot of work to do. But does this profession have much of a future?

Knowledge of ancient construction techniques gives us not only a vision of the past, but also of the future. This is not an end point, but the starting point because, in my opinion, there is nothing more important than knowledge, which makes you know, for example, how an eighth column is designed in such a perfect way, something What do you learn when you make mistakes several times at work? There are many things, but above all the environment, that are giving us the batteries and that make us look back to the past, not only in heritage. Ancient materials are being recovered due to their prosperity and, for example, when mud is used you discover that it serves to regulate the relative humidity of the environment in a natural way or you learn that lime does not need to have the emissions of cement to heat up. Therefore, there are several factors that lead us to change things.

In your case, as they say, does the greyhound come from caste?

The contact with the profession since childhood has been fundamental, obviously. In the past, the job of the head of the family ended up marking the future of the rest of the family and, in my case, the role of the father figure is the seed of what I am today. My father only stopped working on Sundays and the rest of the days we had to give him a hand. Then, each one has his talents and abilities, and I loved everything that had to do with history, art and geometry. For this reason, my studies were directed in that direction and I began a career in History because of Indiana Jones, although my passage through it was fleeting. Later I got my degree in draftsmanship validating subjects and, after bad professional experiences, I started working with my father and I was definitely hooked on traditional masonry, especially because of the eagerness to know what I am playing. I also owe a lot to my partner, who is the one who takes care of the rest of the things that you don't get to.

In the end it is a relationship with the whole, it is a holistic issue. There are plenty of treatises and books by masters of this craft that I have learned from, from ancient times to now. I have trained in several courses and workshops in different parts of Spain to finally apply it in Toledo, my hometown and an ideal place to put it into practice, where I have been restoring heritage for 38 years, just like my father and grandfather did. All this enriches you.

It is often said that someone is dedicated to masonry because they have no studies, which is not the case. What do you think about that?

I don't measure a person by the studies they have. I believe that the knowledge of a trade does not require a degree because, when we turn it into "titulitis", we strip it of day-to-day learning. Also, in the case of masonry, we are talking about an eternal trade because you will never get to know it in its entirety. For this reason, I believe that we must discard the idea that someone who is a bricklayer is because they have not wanted to study, and even more so in the 21st century, since our parents and grandparents did not have the opportunity to study, but they wanted the best for their children, who It was that they had a university degree and that they worked in an office. However, you sit me down in an office and I die. In the end, each one is different, but we are all necessary and worth the same, regardless of the profession you practice.

It seems that now we are realizing that we must reuse what has already been built and rehabilitate it to give it a second life, and more so in a city like Toledo.

The human being has always had the eternal struggle between good and evil, something that can be seen in Toledo, which is suffering from brutal marketing. The people of Toledo cannot live in their city because there is a great profusion of tourist apartments, rising land prices and an interest in doing business. The real estate market has no heart, but fortunately we have agencies that look after heritage, which could work better, although we could be much worse off.

What do you think of the role of the Toledo Consortium?

He is doing a lot of good, he has a sensitivity that is necessary and fundamental for this city. I think that, within the investments it makes, it does everything it can, because it is true that we have such rich assets that we would need twenty consortiums.

Aren't you sad or pissed off that there are so many abandoned lots and buildings in the historic center of Toledo and that nothing is done with them?

There is an underlying problem, which is that we should continue to think that houses are homes, not mere buildings. I have always considered myself a home doctor, that they have a soul and that soul comes from all the people who have worked and lived in them. When someone inhabits them, they make them their homes. However, when a building is used for offices or other types of uses, such as tourism, it loses that essence and is transformed into colder places. For this reason, we must once again understand houses as homes, not as throwaway buildings. For this reason, there are so many abandoned buildings in the Casco de Toledo. In the end, the value of a house does not depend on the money you pay, but goes beyond that and depends on the sensitivity with what we have around us.

What do you propose to solve this problem?

You have to bet on what is everyday life. If there are no traditional stores and shops, if there is no care for the neighborhood or a cap on tourism, we are lost. We must find a balance and know how to manage all this. We cannot see Toledo becoming a coming and going of suitcases, especially on weekends, instead of being a city that has life every day and cares about its people. This is the only way to get these buildings back. In any case, the solution depends on the managers of public administrations. And, as far as my profession is concerned, it must be recovered and cared for because there are not as many people interested in workshop schools as the ones we had a while ago.

Working as you have worked in a good number of buildings in the historic center of Toledo, have you been able to discover all the patrimonial treasures that they hide?

You do get to have some general notions of how the houses are built, depending on the century, the type of ceramic,... Archaeologists provide you with a lot of knowledge, although the work is multidisciplinary, because we depend on it as well as architects, quantity surveyors, restorers, etc. Being a bricklayer in the historic center of Toledo is a gift, each house hides some treasure.

Of all the works and interventions you have done, are you especially proud of any in particular?

Each one has its own spirit and its particular stamp. But, if there is one that I have special affection for, it is the rehabilitation of my own home in Callejón del Vicario, number 17. It was the house of my grandfather's sister, which was left by the hand of God, we have put in value among all and the truth is that, when you try to be as respectful as possible with things, the result is incredible. Being my home, I have been able to use many techniques and all the teams that have surrounded me have contributed their grain of sand. I am very proud of it.

1 Ukraine seeks its second World Cup and a few hours... 2 Ann Turner Cook, the Gerber original baby, is dead... 3 Caja Rural Granada: We are sustainable from our roots... 4 Alejandro Sanz, in top form, overflows with energy... 5 Plans in 'urban oases', the best way to... 6 An American group proposes a new 'Eurovegas'... 7 The new life in green of the last unused mansion in... 8 Officials say that a gunman accused of killing a retired... 9 Where did Marcos Llorente go? 10 Nick Cave, between heaven and hell at Primavera Sound 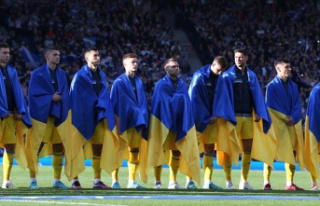 Ukraine seeks its second World Cup and a few hours...