The last of the mansions on the Paseo de la Castellana, which remained empty and unused, is imminently going to begin a comprehensive rehabilitation that, in addition to recovering its original protected elements, will transform the building into a sustainable space that uses solar energy, geothermal , aerothermal and rainwater recovery. 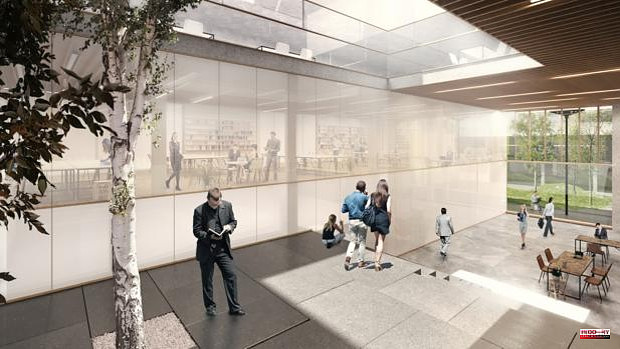 The last of the mansions on the Paseo de la Castellana, which remained empty and unused, is imminently going to begin a comprehensive rehabilitation that, in addition to recovering its original protected elements, will transform the building into a sustainable space that uses solar energy, geothermal , aerothermal and rainwater recovery. And that it will be able to reduce the energy it consumes by 80 percent.

It is the house-palace of Pablo del Puerto, built in 1903 and located at number 19 Paseo de la Castellana. A building that later housed the National Securities Market Commission, until it moved to a new location in 2010. Shortly after, in 2018, the Insurance Compensation Consortium bought the property, which proposed to rehabilitate it and use it as offices for rent.

To do this, it called an architecture competition, which was won by the proposal 'Between patios', by César Ruiz-Larrea, Antonio Gómez and Gorka Álvarez, in collaboration with Miguel Ángel Díaz Camacho (MADC). “A contest that we won in the midst of a pandemic – César Ruiz-Larrea recalls now with a smile –, doing the project telecommuting and in telematic meetings”.

In your hands is the comprehensive rehabilitation of this building, with a built area of ​​6,298 square metres, located in a privileged location, which will preserve its façade and all the protected elements of the interior, as well as some unprotected elements that the team of architects wanted to include.

The mansion –next to the State Attorney General's Office– was built by the architects Miguel de Olabarría –who together with the Marquis of Cubas built the Almudena crypt– and Benito González del Valle –author of the House of the Lizards–. An unfortunate intervention in 1987, signed by an Indian architect, replaced the passage of carriages with a ramp leading to an underground car park. The Ruiz-Larrea and MADC team faced the challenge of transforming a listed house-palace, with protection level 3, into one of the most advanced office buildings in Madrid, prepared to obtain Passivhaus certification, energy efficiency, and LEED, for sustainable construction.

The solution they found respects protected areas, incorporates the latest technologies in energy sustainability, and recovers the central courtyard, which opens onto the Castellana for the enjoyment of citizens.

The works are about to start, and will last until November 2023. They will undo some wrongs that have been found: the ramp to the underground car park is moved to the right, and the access door to it is made invisible, and will have no impact on the facade.

Inside, as established by the regulations, they will maintain the first corridor, which was not destroyed in the reform of 1987, and the rear view gallery of the first balcony. Ruiz-Larrea also proposes conserving the wrought iron columns in the backyard.

From the entrance on the Paseo de la Castellana, a spacious lobby will be created that will extend to the rear garden. The current inner courtyard of the building will be converted, creating transparent curtain walls and covering it with a glass skylight.

As for the secondary building located at the bottom of the plot, which in the 1987 project replaced the original garages, it will be restored, also installing a green roof.

The intervention will be minimal, with maximum respect for the current building and the existing structure. To achieve the desired energy savings, it will have passive systems: a highly energy-efficient and totally sealed envelope -which prevents the cold from entering or the heat from escaping-, powerful natural lighting, cooling by vegetation through the green membrane of the patio, a greenhouse or 'solar boiler' on the south side, and a cistern to recover rainwater.

But it will also have active clean energy generation systems: geothermal and aerothermal, a heat recovery system and a photovoltaic installation on the roof.

Originally, these mansions in La Castellana «prioritized aesthetics and appearance over everything else; now, this is going to be a building committed to environmental problems, which is going to require half of the half", highlights Ruiz-Larrea, who concludes: "There is no better energy saving than that which is not consumed".

1 Officials say that a gunman accused of killing a retired... 2 Where did Marcos Llorente go? 3 Nick Cave, between heaven and hell at Primavera Sound 4 "Spain is a machine, but we want to play" 5 The classic books that cannot be missing in the library... 6 The portraitists of Queen Elizabeth II, the most photographed... 7 From sculptures of Tutankhamun, maps of natural parks,... 8 Steps to unsubscribe or request portability to a mobile... 9 “I returned all the receipts and they threatened... 10 The cross of changing the telephone operator: endless... 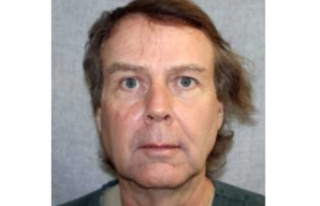 Officials say that a gunman accused of killing a retired...