The PPdeG has "no expectation that the Avril trains", essential for high speed to reach all Galician cities, "arrive in summer", as the Government repeatedly promised. 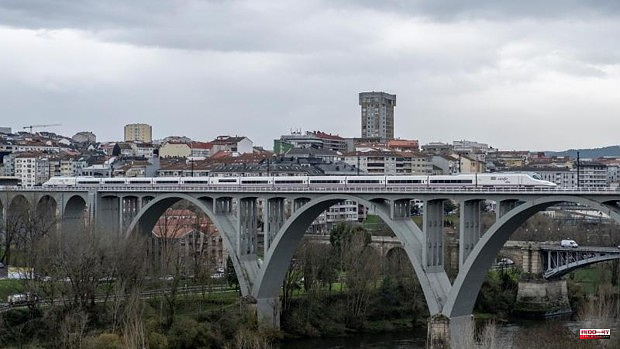 The PPdeG has "no expectation that the Avril trains", essential for high speed to reach all Galician cities, "arrive in summer", as the Government repeatedly promised. «The percentage [of expectations], what can it be? 1%? To say something, ”said the general secretary, Paula Prado, on Saturday. His predecessor in office at the regional level, and now, with Alberto Núñez Feijóo, Deputy Secretary General of the PP, Miguel Tellado, demanded that these trains "become operational in the coming weeks, in July", "not in September or October, as the Government of Pedro Sánchez seems to intend.

Tellado and Prado, supported by regional deputies and representatives of the PPdeG in the General Courts, offered statements to the media at the Santiago intermodal station, after a train trip from Orense, the only Galician city, they recalled, that at the moment it is connected by AVE to the plateau.

Prado pointed out that in the city of As Burgas they were able to verify, this morning, that "the railway part", which "had to be adapted to the arrival of the Avril trains", in charge of the Government, is a project that "is absolutely paralyzed , like other infrastructures and investments in Galicia».

Prado censored the statements of both Sánchez himself and his Minister of Transport, Raquel Sánchez, compromising the arrival of the Avril trains, which allow to shorten times, and really implement high speed, when the reality is that "6 months later we are still waiting" . "The AVE reached Orense, but the AVE did not reach Galicia," both leaders stressed. "We are not satisfied at all," Prado added. "What we ask the socialist government is to fulfill its own commitments," said Tellado, who recalled how, in 1993, the then minister Abel Caballero promised the arrival of high speed. “We are in 2022 and those words are not yet fulfilled.”

"Asking a socialist to keep his own promises is like preaching in the desert," Tellado stressed. “What we ask for (…) is speed, commitment to Galicia and that he keep his word. I know we are talking about a socialist” and “that is worth nothing”, the national popular leader deepened the wound. But the PP maintains its demand that the Executive "accelerate procedures", because "it is not the same that the Avril trains come into operation in September, that they come into operation in the first days of July."

Prado elaborated on the idea, pointing out that "one date is not the same as another, July 1 and September 20, for a Galicia immersed in the second Xacobeo year, with a record arrival of tourists, as he also celebrated again this Saturday President Alfonso Rueda. Planting in October, he said, not only means spoiling the summer, but, at that time of year, «there is little left to finish this Xacobeo Holy Year, which had to be a priority for everyone; for the Xunta it is, but, from what we see, for the Government of Pedro Sánchez it does not take it into account at all », he charged.

"Stop disconnecting Galicia and leaving Galicia isolated, and take the measures you have to take, make Galicia a priority for investments," claimed number two of the PpdeG. «In line, Tellado deplored that «Galicia is not in the priorities of the socialist government, it never was, because Pedro Sánchez does not need the vote of Galicians to be president», ERC and Bildu are enough for him; and, in addition, "the Galicians do not vote for the PSOE", and consequently, "the socialists, when they are in the Government, leave Galicia".

It is an idea that Prado also influenced, that the Sánchez Executive «isolates Galicia», but not only with the AVE, also with the new public bus concession plan, or with the recent example of the double collapse in the viaduct of the A-6, for which Rueda proposed three alternatives, but it is time to wait for the meeting called next Thursday by the Ministry of Transport. This incident means that "Galicia is also isolated by land," Prado denounced to the media, and yet "the Government is not providing solutions." Thus, at least the Galician PP hopes that the Secretary of State, Isabel Pardo de Vera, "has sensitivity as a Galician with Galicia."

At least, that this problem be tackled as soon as possible, already discounting that the Avril trains go a long way.

1 Fuensalida will celebrate the 1st Condale Conference... 2 The tears of Manolo Partearroyo in the proclamation... 3 The vice president of the Board links depopulation... 4 Bagnaia achieves pole position in Assen 5 This will be the new flags for colorblind people on... 6 Castilla-La Mancha registers two new cases of monkeypox... 7 A 15-year-old boy, about to strangle himself with... 8 They ask for five years in prison for an Imam who... 9 They rescue a 13-year-old boy who had fallen with... 10 A 45-year-old motorcyclist dies after having an accident... 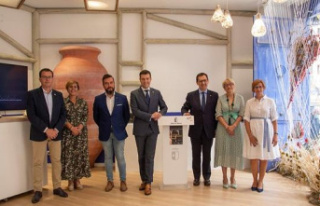