The vice president of the Junta de Castilla y León, Juan García-Gallardo, has pointed out that the "hypersexualization of society" is one of the reasons that lead to "latent" depopulation in territories such as Castilla y León. 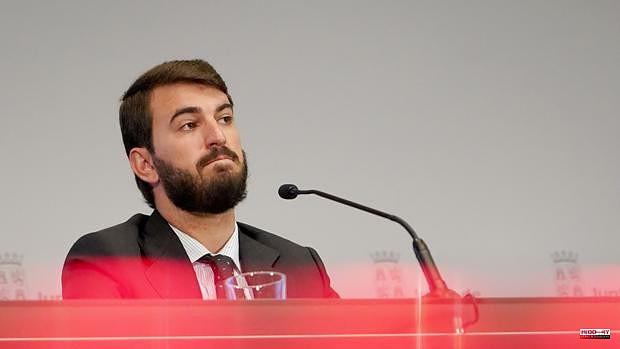 The vice president of the Junta de Castilla y León, Juan García-Gallardo, has pointed out that the "hypersexualization of society" is one of the reasons that lead to "latent" depopulation in territories such as Castilla y León.

A current, he pointed out, that "does a disservice" to the demographic problem and that arises "when the trivialization of sex leads to it being an end in itself, forgetting that its purpose is procreation." In the president's opinion, this causes people to "free themselves from the chains of the family to dedicate their existence to satisfying their sexual desires," reports Ep.

García-Gallardo, who has participated this Saturday in the II Conference on Depopulation organized by Vox in the city of Zamora, has also pointed to the "permanent crisis" that young people have experienced since 2008 as another of the problems that cause depopulation .

The regional leader has warned that this generation, in which it is included, has always had "less purchasing power" than the previous ones and "more obstacles" to access a stable job and a home. “That discourages marriage and also has other consequences; if we live in precariousness and constant uncertainty, everything is delayed, but the biological clock does not forgive », he warned.

However, the vice president has given this generation a slap on the wrist, which he has accused of being "infantile" and of becoming "eternal adolescents who do not want to assume the burdens of a child." In his words, young people prefer to "go on a trip" before family obligations, such as "getting up at night to give a bottle."

The leader has also issued harsh criticism against the climate emergency and has defended that "the only emergency that should concern us is the demographic one." In this regard, he has criticized municipalities that, like the one in Zamora capital, have designed a low-emissions zone in their urban area. “What Zamora needs is children in the parks and parents going by car to buy”, he has indicated.

In addition, the Vice President of the Board has had words to assess the decision of the Supreme Court of the United States to revoke the historic ruling that guaranteed the right to abortion. “Those of us who have made a firm commitment to life are happy today, because many states have already announced that they are going to limit assumptions, although there are already companies on the woke left that have already said that their employees who want to abort will have financial aid to travel. to a state where it is allowed, because they are more interested in having them enslaved than taking care of their families”, he criticized.

1 Bagnaia achieves pole position in Assen 2 This will be the new flags for colorblind people on... 3 Castilla-La Mancha registers two new cases of monkeypox... 4 A 15-year-old boy, about to strangle himself with... 5 They ask for five years in prison for an Imam who... 6 They rescue a 13-year-old boy who had fallen with... 7 A 45-year-old motorcyclist dies after having an accident... 8 The Community of Madrid responds to the transport... 9 A peaceful demonstration reminds the G-7 of its commitment... 10 They invest 300,000 euros in the new Olías del Rey... 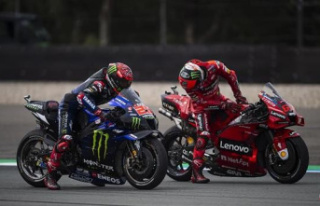