Fuensalida will celebrate the 1st Condale Conference on July 1, 2 and 3

The delegate of the Junta in Toledo, Javier Úbeda, has shown the support of the Government of Castilla-La Mancha for the first Condale Conference which, organized by the Fuensalida City Council, will be held on July 1, 2 and 3 and with which the municipality "rediscovers its past and its history, while empowering, promoting and investing in its future". 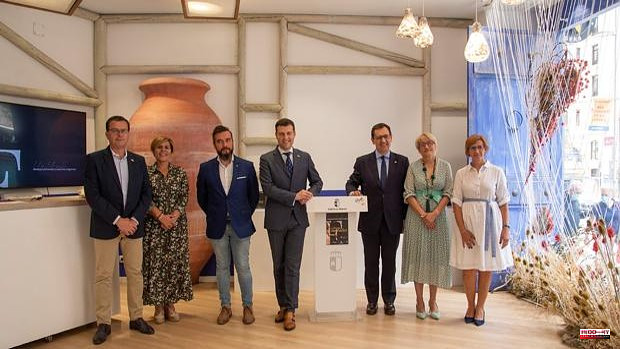 The delegate of the Junta in Toledo, Javier Úbeda, has shown the support of the Government of Castilla-La Mancha for the first Condale Conference which, organized by the Fuensalida City Council, will be held on July 1, 2 and 3 and with which the municipality "rediscovers its past and its history, while empowering, promoting and investing in its future".

Úbeda made these statements during the presentation of the Count Conference at the Tourism Office of Castilla-La Mancha in Madrid, in which numerous activities will be carried out that revolve around the historical figure of the Counts of Fuensalida, as well as the importance that they have had in the history, not only of this municipality, but of Toledo and all of Spain. A presentation in which the head of the regional government has participated together with the mayor of Fuensalida, Santi Vera.

Javier Úbeda has advocated promoting policies and initiatives aimed at taking advantage of historical, heritage and cultural resources to encourage tourism as a source of creation and consolidation of wealth and employment.

Úbeda congratulated the mayor of Fuensalida for the launch of this initiative, "one more example of the enormous work that Santi Vera is doing to organize all kinds of activities and campaigns aimed at promoting Fuensalida and encouraging the arrival of visitors, while the economy and the employment of local businesses and businesses are boosted».

The Government of Castilla-La Mancha will promote these conferences, both in the media and in certain public spaces in the south of Madrid.

The different activities that are going to take place during these days have had the historical and documentation direction of the local historian and official guide, Vidal González Benítez, and the artistic direction of the musical events is the responsibility of the director of the School of Music and I sing 'Maestro Vicente Rodríguez', Ángel Luis Fernández.

On Friday, July 1, after the inauguration of the Count Days, the concert 'Fiesta en la Plaza de los Condes' will take place, in which the work 'Fons Saliens', dedicated to the town of Fuensalida and its history, will be premiered.

Likewise, on Saturday the 2nd, visitors will be able to enjoy, among many other activities, the theatrical performance of the play 'Carnestolendas', by Rubén Suárez, by the group 'La Pasión' and the video mapping 'Luz en Palacio', which will be screened a light and sound show about the history of Fuensalida and its counts on the façade of the Palacio de Fuensalida in this municipality, which will reflect the legacy of the López de Ayala lineage in different corners, buildings, churches and museums in Toledo and other places in Spain , since in 1404 the first Lord of Fuensalida bought half of its land until the abolition of the jurisdictional manors in 1837.

In addition, on days 2 and 3, there will be a Renaissance market, circus shows, artisans, merchants, children's games, animations, food and gastronomy stalls, magic or exhibitions.

The mayor thanked the collaboration provided by numerous institutions, such as the Toledo Cathedral, among others, "which have some historical trace of the life and legacy of the Counts of Fuensalida and have allowed us to document it", as well as for the support of the Government of Castilla-La Mancha and the Provincial Council of Toledo.

1 The tears of Manolo Partearroyo in the proclamation... 2 The vice president of the Board links depopulation... 3 Bagnaia achieves pole position in Assen 4 This will be the new flags for colorblind people on... 5 Castilla-La Mancha registers two new cases of monkeypox... 6 A 15-year-old boy, about to strangle himself with... 7 They ask for five years in prison for an Imam who... 8 They rescue a 13-year-old boy who had fallen with... 9 A 45-year-old motorcyclist dies after having an accident... 10 The Community of Madrid responds to the transport... 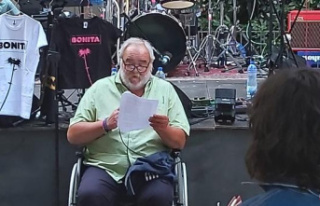 The tears of Manolo Partearroyo in the proclamation...