The largest network of Spanish travel agencies, Ávoris, has announced its intentions to carry out an Employment Regulation File (ERE) for its retail subsidiary Ávoris Retail Division and Viajes Halcón. 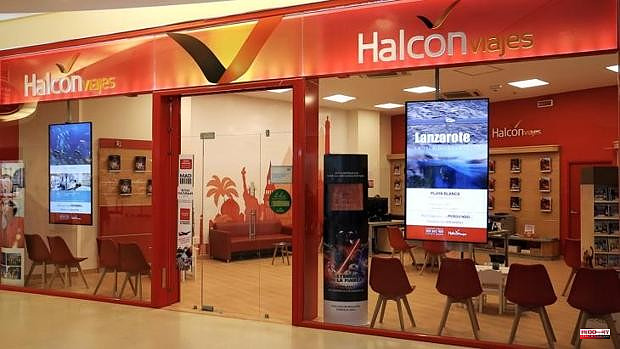 The largest network of Spanish travel agencies, Ávoris, has announced its intentions to carry out an Employment Regulation File (ERE) for its retail subsidiary Ávoris Retail Division and Viajes Halcón. As reported by the Professional Travel Union (SPV), the number of affected workers is still unknown, pending the establishment of the negotiating committee. Something that will happen, at least, from June 1.

The movement comes just two weeks after the Balearic company will choose to join the Government Network mechanism, known as new sectoral ERTEs, which until now have only protected travel agencies. It did so, after several months with more than 1,700 workers (the company has 6,000 employees on staff and 1,500 points of sale throughout the country) covered by the ERTE ETOP, which are justified for economic, technical, organizational or production reasons.

The same number of workers who have now come under the protection of the mechanism forged in the latest labor reform.

In any case, in the plans of the company resulting from the merger of the travel agencies of Barceló (50.55% of the share capital) and Globalia (49.45%) there were these provisions for staff adjustment. In fact, from SPV they recognize that this was an expected movement since they announced their union in 2020, since there were duplications between the establishments of both companies. "There are offices of Halcón and Ávoris that are on the same street, brick by brick," union sources tell, telling this newspaper that they have not yet prepared their reply while waiting to know the numbers of dismissals and claims of the company.

From Ávoris they motivate the collective dismissal to take place now, understanding that "the time has come to face the necessary organizational and structural adjustments derived from the merger, in addition to the necessary adaptation to the new behavior of market demand and its new trends" , according to the company in an internal note to its employees to which this newspaper has had access. In said communication, the company specifies that "they hope" that the reorganization will allow the group's agencies to "adapt to the new circumstances of the vacation market", such as the rise of online sales, disintermediation and changes in consumer habits. "Thus, the year 2023 can be started in these companies with the structure adjusted to the new reality of the sector, and it will allow both the company and its workers to look to the future with the utmost tranquility," they specify.

In addition, Ávoris also argues that undertaking the ERE this year is "of vital importance", since in this way the 'zero marker' mechanism will continue to be applicable in unemployment benefits.

Third parties could also be involved in the negotiations. Ávoris was rescued with 320 million by the fund for strategic companies of the Government managed by SEPI. A state aid, which arrived in March of last year and which forces the company to inform the public holding company about measures such as the collective dismissal it wants to undertake. Sources from Ávoris point out that they will need the approval of SEPI, although from the company dependent on the Treasury they assure this newspaper that their role in these conversations will not be relevant.

The travel agency giant has been through a very delicate situation since its merger, which was approved by the National Commission for Markets and Competition (CNMC) in May 2020, just two months after the outbreak of the health crisis. What forced the newly founded company to ask for the state rescue. The 320 million received by the Government have been used mainly to maintain its operational activity (83% of the total money), and to meet other expenses such as payroll, taxes, social security, reimbursements or financial payments (17%), as recognized by the signature on your corporate website.

1 The Government will respond "solidarity"... 2 Cannes Film Festival: Zelensky, Vincent Delerm...... 3 The racist Buffalo massacre meticulously planned for... 4 The Stock Exchange sets its sights on 8,500 boosted... 5 The PP refuses to join in reforming the Catalan law,... 6 The PPdeG proposes to the PSdeG a "global agreement"... 7 A master and his dog attacked by two mastiffs 8 A dashboard to monitor the performance of the health... 9 Alaba returns to the group and could have minutes... 10 Biden lifts sanctions on Maduro without preconditions 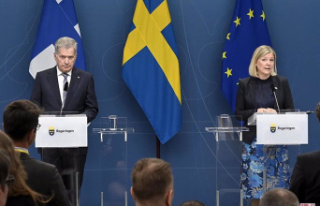 The Government will respond "solidarity"...